Whether for health, sustainability or ethical reasons, the numbers reveal more Americans are shifting to a meatless diet.

According to Chicago-based Datassential’s “MenuTrends 2021” report, top-growing items called out as being vegetarian include: 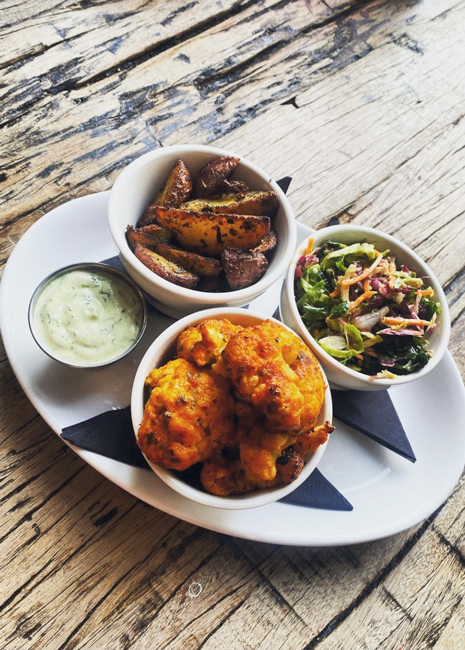 Veggie Trio from Melt RevivalWith an eclectic, fresh menu that has a wide selection of vegetarian options, Melt Revival opened in 2005 in Cincinnati. Shannon Blalack purchased the restaurant in May of 2018 and serves as executive chef. “This food is complex to make from scratch, and it needs someone watching things to make it consistent,” she says.

“We make a seitan here in-house, spicing it up with a marinade,” Blalack says. “In terms of trends, we’re seeing people wanting to eat similar foods to what they ate before becoming vegetarian, like fried chicken. They want it to taste like meat.”

“Seitan is like a dough, so we use a mixer to produce it,” Blalack says. “Vegetarian fare has evolved immensely in the last 20 years. Many are seeking an alternative diet that is more sustainable and healthier.”

Top-growing dishes called out as vegan:

Some vegetarian items may not be identified as such on today’s menus. Below, an abbreviated list of what’s showing up on menus offers insight into fast-growing meatless options. 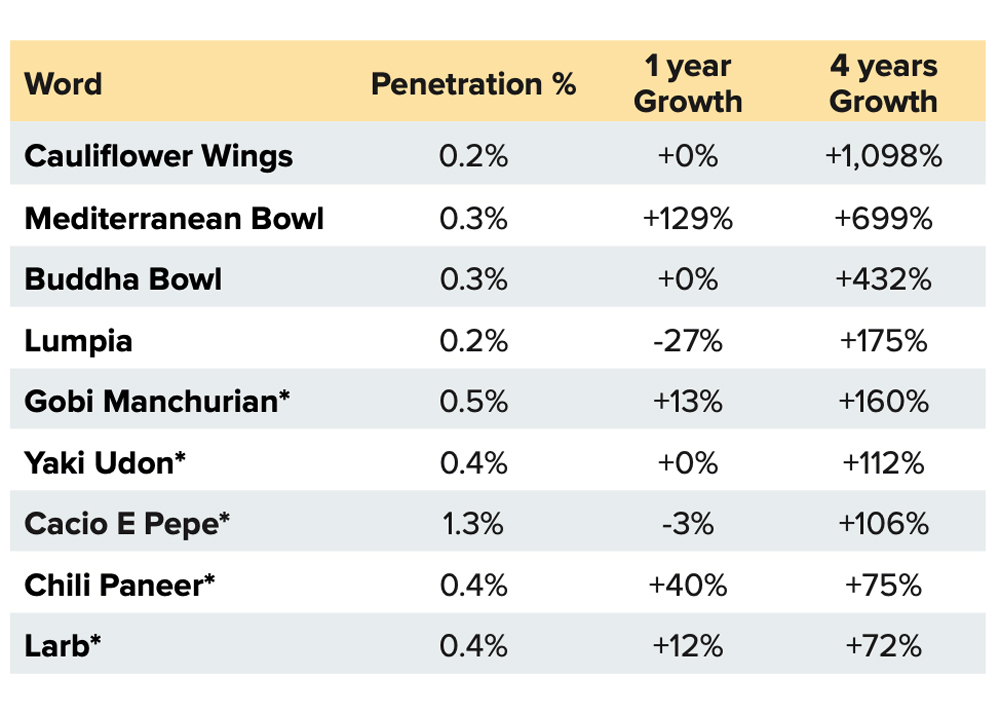 Yaki Udon is a stir-fried Japanese udon noodle dish made with an assortment of vegetables and protein.

Cacio E Pepe is an Italian dish of spaghetti with Pecorino Romano and black pepper.

Chili Paneer is an Indo-Chinese appetizer for which crisp batter-fried paneer is tossed in slightly sweet, spicy, hot and sour chili sauce

Larb is a Laotian meat salad. 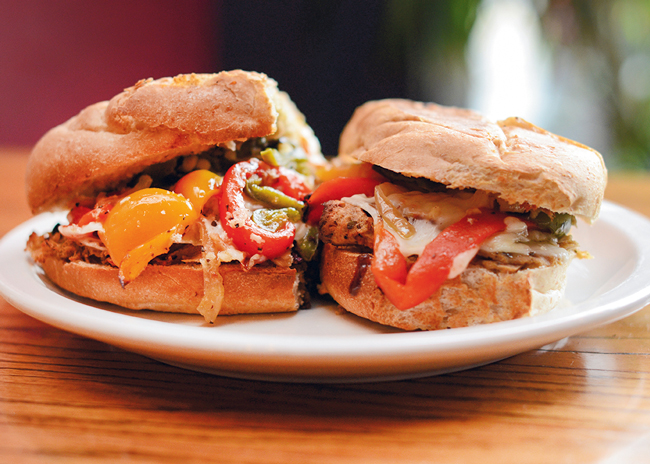 Cornbread Café in Eugene, Ore., has been creating vegetarian and vegan comfort foods, including macaroni and cheese and hush puppies, for more than 12 years. According to restaurant manager Jessica Gibbs, among the best-selling items is the Eugenwich — a Southern-fried tofu patty with smoky aioli sauce, cheese, lettuce, tomatoes and fried crispy onions. The menu also includes chicken fried tempeh with gravy, and macaroni and uncheese with a cashew-based cheese. Seitan is barbequed as a steak, sliced deli meat style for sandwiches or fried as an entree.

Although fryers are a key piece of equipment in executing this menu, other items play a critical role in executing Cornbread’s fare too. “We use sous vide for cashew-based sauces that are thickened without flour,” Gibbs says. “To make anything with cashews, we have to blend these to a water or milk consistency, so equipment like a blender and food processors are paramount.”