Rush Bowls is a healthy smoothie and meal-in-a-bowl chain built around ingredients like fruit, yogurt, oats and peanut butter, along with add-ins such as whey and matcha.

“We want to provide health — things that are low glycemic index, low calorie, low fat,” says executive vice president Nicole McCray. “Even before everybody [was focused on] allergen sensitivities, we wanted to make sure we created something that if you are gluten sensitive, dairy sensitive or have dietary restrictions, you can find something on our menu. We won’t charge you extra for that, and that’s something we pride ourselves on even to this day.” 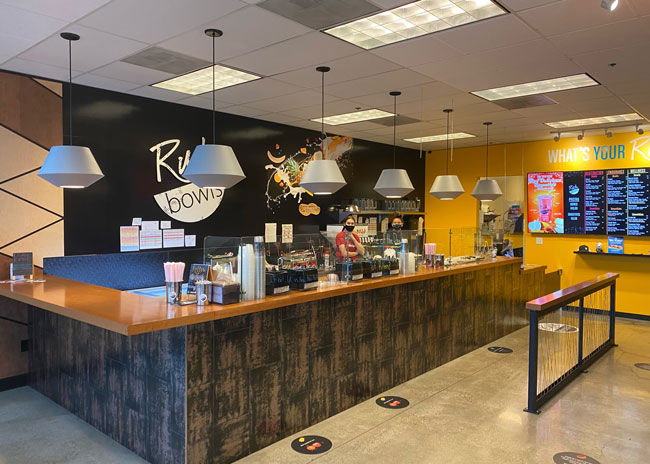 The concept opened its first store in 2004 in Boulder, Colo., near the University of Colorado. When it started franchising in 2016, it still had just that one store.

What’s behind this rapid growth? According to McCray, several factors make Rush Bowls attractive to franchisees. One is the simplicity of the operation. The chain doesn’t have any hot equipment, and most fruits arrive precut and flash frozen. This makes getting stores approved by local inspectors less time-consuming. New employee training typically goes quickly, and close daily oversight from an experienced operator isn’t needed.

“People can do this as a part-time job, really [like] passive income,” says McCray. “We have a lot of franchisees who maintain their job and do this on the side.”

These factors have drawn in a wave of franchisees, along with store openings in more than 15 states. Going forward, the chain plans to use these far-flung locations as hubs for future growth, with new stores opening around existing ones in order to build the brand. Locations in city centers and near universities have traditionally thrived. During the pandemic, test stores in suburban and rural locations also performed well, notes McCray, opening up new possibilities for growth.

While significant expansion is on the horizon, Rush Bowls will not be handing out franchise deals to everyone who comes knocking. The chain, says McCray, is built around healthy food, and franchisees must be committed to that concept, too. “[Franchisees] have to align with our values,” she says. “They’re not just in it for the investment. Our franchisees want to provide people with healthy food and be a part of something bigger than just owning their own small business.”