Five concepts show that remarkable operators can make it through the toughest challenges thanks to a focus on what makes them stand out and a willingness to adapt when the situation demands it.

Most places have at least one local chain that everyone knows and loves. In Chicago, one of those chains is Portillo’s.

This concept specializes in Chicago street food. Menu highlights include Italian beef sandwiches, Polish sausage and Chicago-style hot dogs, which come with mustard, relish, celery salt, chopped onions, sliced tomatoes, a pickle spear and sport peppers. Guests can enjoy their food in a nostalgic environment with checkered tablecloths and a red and white awning or off-premises thanks to the chain’s strong drive-thru business.

This combination of food and experience allows the chain to thrive, with the company on track to post nearly $400 million in sales through the first three quarters of 2021 — a remarkable number considering that Portillo’s has fewer than 70 locations. 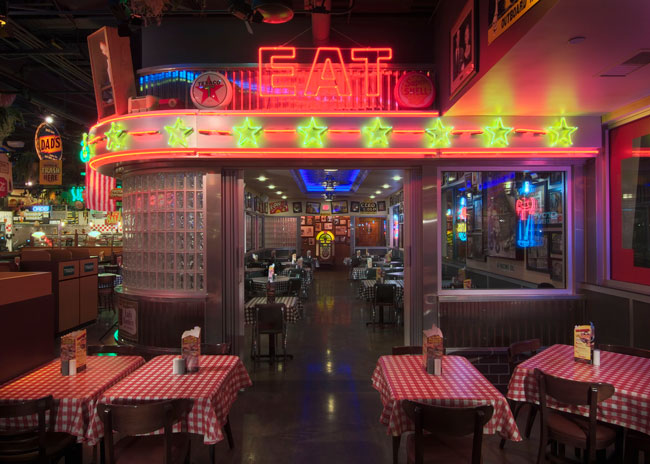 If Portillo’s gets its way, though, that store count will get bigger soon. In October 2021, the chain raised $405 million in an initial public offering. That money will go to pay down debt, which will in turn let the chain invest in growth. The chain sees potential for 600 stores nationwide, according to Garrett Kern, vice president of strategy and culinary for Portillo’s.

This growth, of course, won’t take place over just a few years, or even a decade. Historically, says Kern, Portillo’s store count has grown at slightly less than 10% per year. The chain will turn up the dial just a bit, shooting for more than 10%, “but we’re not going to blow that number out of the water.”

The chain divides its growth prospects into three categories. Though Portillo’s is nearly built-out in the Chicago area, a few pockets remain where it could place viable stores. The company is experimenting with an off-premises-only model that could make those openings both cheaper to execute and less likely to cannibalize dine-in business from nearby restaurants.

Next come markets near Chicago, in places like Detroit and Minneapolis. Portillo’s has restaurants in some of these markets already, and the close proximity to its home base helps with brand awareness. 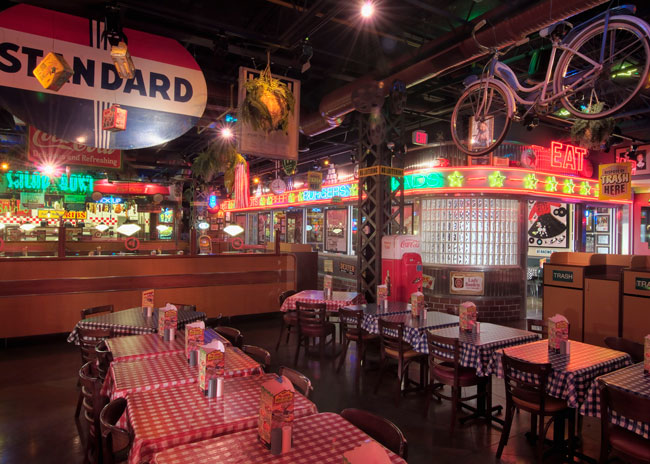 Finally, there are restaurants in far-flung markets. The chain, says Kern, is targeting areas like Arizona, Florida and Texas, which have “macro structural tailwinds” characterized by metrics like population growth.

Notably, expansion in these markets will all come through company-owned stores. Portillo’s simply doesn’t franchise. Though the chain has been working to simplify operations, says Kern, “It’s still a really complicated business. You got drive-thru, dine-in, delivery, takeout, curbside. You have a menu that has beef sandwiches, chargrilled sausages, chicken, hot dogs, french fries, burgers. I sincerely do not believe that lends itself well to a franchise. We want to have as much tight control over the quality of the processes as possible. We think that being owned and operated is the way to do that.”

Even with the extra control of company-owned restaurants, the chain prioritizes helping these distant locations open successfully. It has teams of trainers, managers and other highly skilled individuals who can come help with new store openings. These teams stay for a few weeks after the ribbon cutting, just to make sure everything is running smoothly.

“In the past, we just kind of ripped [the training wheels] off and people have had a little bit of a hard time standing up. Now we have a great system where we take them off gradually,” says Kern.

This level of support is especially important as Portillo’s enters new markets, Kern adds. The first restaurants in an area establish the chain’s reputation for a whole new group of people. By investing in the processes that can ensure successful new stores, along with a commitment to manageable growth, Portillo’s could become a favorite in more than just Chicago.