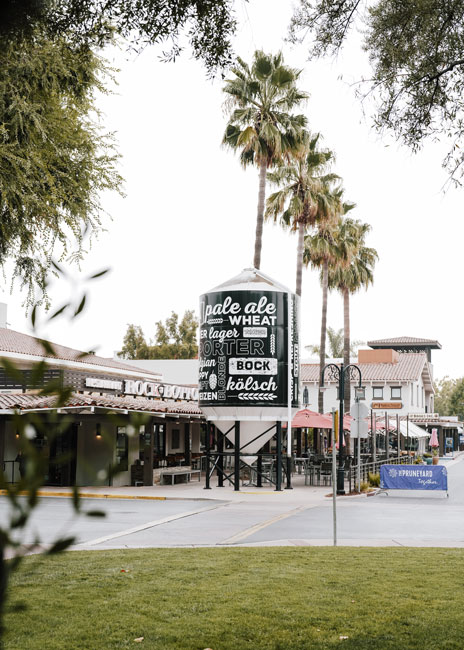 Images courtesy of Rock Bottom BreweryFounded in 1991 in Denver, the typical Rock Bottom restaurant features about 14 beers, all brewed on-site. While there are some common beers among the locations, the brewers at each also develop their own offerings, going to farmers markets to look for flavors and experimenting with approaches like aging beer in whiskey barrels.

Rock Bottom is today owned by Houston-based SPB Hospitality, which bought the concept when its previous parent company, Craftworks Holdings, declared bankruptcy in March 2020. As part of the turnaround effort, SPB evaluated the Rock Bottom brand and found room for improvement in its menu. In short, says SPB president Josh Kern, the food didn’t match the quality of the craft beer. “The food was kind of an afterthought,” he says. “[Rock Bottom] really was focused on that notion of handcrafted beers, so we wanted to dial up the food as well.”

Today’s Rock Bottom menu, then, gives an elevated “wink and a nod” to many bar/restaurant staples. Offerings include classic chicken wings, but also duck wings. Staff make the dough for the flatbreads with spent grains used in the brewing process and include a grilled wagyu flatbread and a Sonoma flatbread (shaved green apples, blue cheese, truffle cream, charred shallots, shaved kale, herbed honey). There are bowls with ingredients like sour beer queso fresco and roasted tomatoes, along with desserts like a stout fudge brownie and beer doughnut holes.

So far, the upgraded menu has been well received by Rock Bottom’s customers, with Kern reporting that the chain’s check average is up. 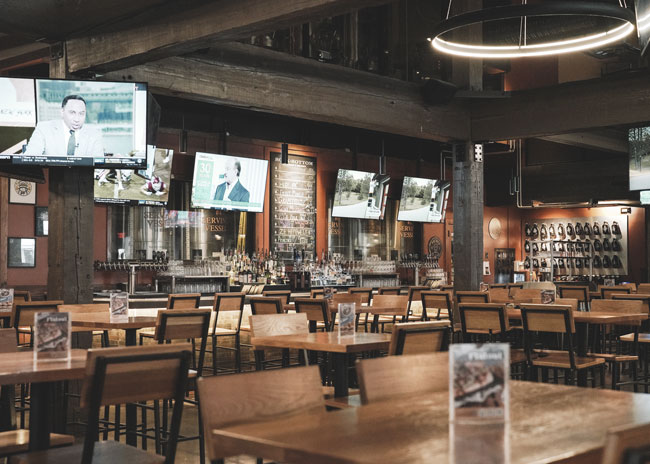 The chain’s revival isn’t complete, though. According to Kern, one of the challenges facing Rock Bottom is the large footprint of many locations — more than 15,000 square feet in some cases. In response, SPB is considering many options, including a possible distillery play. It’s also operating virtual brands out of Rock Bottom kitchens, which helped the chain keep staff employed during the low points of the pandemic and is experimenting with brand-within-a-brand concepts, such as the Top of the Rock rooftop bar at the chain’s Chicago location.

Rock Bottom’s turnaround will also rely on learnings in everything from training to labor to food costs from its sister brands in the SPB portfolio, including Logan’s Roadhouse and J. Alexander’s.

Even with these adjustments, though, the chain’s success will hinge on what the customer is served: the beer and the now significantly upgraded food, which combine to offer a more unified, cohesive and elevated experience.

“We were unbalanced,” says Kern. “We had a really great beer experience and great knowledge and craft, but the food wasn’t coming around long for the ride. We have really dialed up this notion of a gastro brewery. We’re getting out of that cookie-cutter chain restaurant menu.”