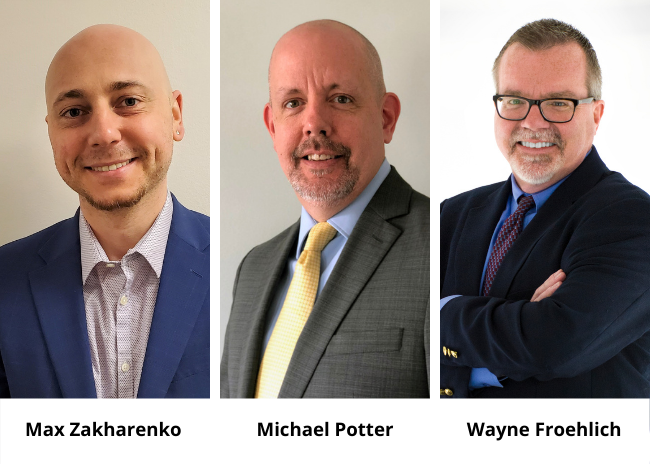 In his new role as president of Automatic Bar Controls, which is part of the Middleby Beverage Group, Froehlich will oversee Wunder-Bar, JoeTap, Starline, and Bloomfield. Before his promotion, Froehlich was general manager of the group. His foodservice industry background includes working with such companies as Prince Castle and Silver King. Froehlich came to Middleby two years ago from Guardian Equipment, a manufacturer of emergency eyewash and showers for the industrial chemical industry.

Potter’s promotion to Middleby group president expands his responsibilities to include the company’s fryer brands Pitco, Ultrafryer and Anets. He will continue to be responsible for QualServ Solutions and Follett Europe, both of which are primarily fabrication facilities. Potter joined QualServ as executive vice president in 2018 and was promoted to president in 2019. (Middleby acquired QualServ in 2017.) Prior to joining QualServ, Potter was with Atlanta-based SPG International, a provider of custom storage solutions.

This is the latest in a series of executive promotions for Middleby. In February Middleby promoted James K. Pool III and Steve Spittle to chief technology officer and chief commercial officer, respectively. Also last month, the multiline manufacturer opened Middleby Innovation Kitchens, a 40,000-square foot facility in the Dallas area that showcases its product offerings.