Prepared food has long been a part of supermarkets’ repertoire, but some retailers have taken in-store dining a step further: becoming a grocerant. 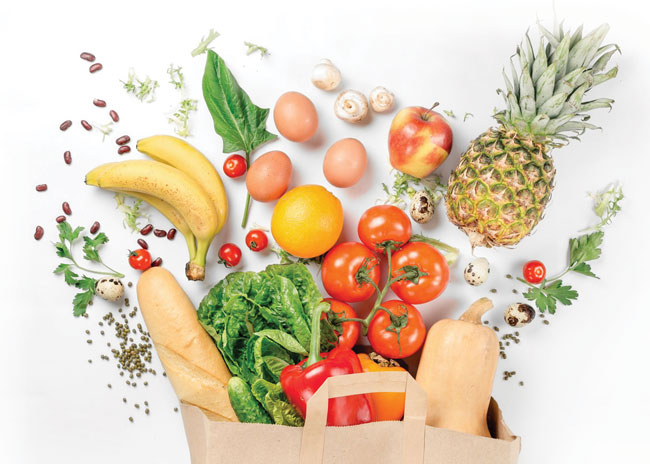 The supermarket/restaurant hybrid provides the opportunity for stores to take advantage of shoppers seeking a one-stop shop or meal as they grab their groceries. Retailers are carving out space for tables and full-serve counters with a wide variety of options, from pizza to sushi to fried chicken.

Yet, some concepts have expanded on this stepped-up service deli format. Those stores making the commitment incorporate seating, full service, chef-driven menus and even cocktail bars. Most are within the store perimeter and distinguishable as a restaurant as opposed to a prepared food takeout counter. To capitalize on their offerings, retailers cross-merchandise by highlighting in-store ingredients.

“Prepared foods is one of the supermarkets’ bigger segments, which totaled $40 billion, including the in-store bakery, in 2019,” says Rob Wilson, managing director and partner at Boston-based L.E.K. Consulting. “It had been experiencing double-digit growth up until the pandemic hit this past spring.”

It remains to be seen how the COVID-19 pandemic will impact the grocerant segment, although the Washington, D.C.-based National Restaurant Association’s “Restaurant Industry 2030: Actionable Insights for the Future” report predicts grocery stores will expand their foodservice offerings in the years ahead.

“Pre-pandemic, more retailers were building grocerant programs within their stores,” says Eric Richard, education coordinator of the International Dairy Deli Bakery Association (IDDBA), based in Madison, Wis. “During the pandemic, things have changed, but overall, it still makes a lot of sense.”

With the increased focus on investing in the perimeter of the grocery store, fresh prepared food represents one of the most interesting growth areas for U.S. grocers, according to L.E.K. Consulting’s report, “Capitalizing on Opportunities in Fresh Prepared Foods.” The lines between retail and foodservice have been blurring as grocers realize there is a golden opportunity to capitalize on consumers’ desire for fresh prepared foods and drive foot traffic.

“Prior to the pandemic, prepared foods in retail settings had taken off, and there was a lot of growth in the fresh departments we cover,” says Richard. “We always assumed growth would continue, but things have changed over the last few months.”

After foodservice severely dropped when the pandemic hit, many supermarket delis were not operating at full capacity or shut down completely. “[At that point,] supermarkets became stock-up destinations, rather than a place to pick up prepared foods,” says Richard. “It remains to be seen if stores will have grocerant concepts in the same capacity as a restaurant with pickup and delivery options. Yet, being able to offer convenient ways to purchase and enjoy prepared food in these stores will still be important.”

There is much potential for those making the commitment. According to L.E.K.’s report, the fresh prepared foods market has been experiencing accelerating growth and is expected to reach $51 billion by 2021.

This increase is attributed to several trends that are expected to continue, reports L.E.K., including:

“Grocerant is a loosely defined term,” says Wilson. “We consider it fresh prepared foods sold in grocery stores, typically on the perimeter.”

In the past, a grocerant would encompass a hot bar with soup and chili; prepared food stations with pizza, sushi and other items; and a salad bar and grab-and-go area. Today, it is more likely conceived as a stand-alone restaurant within the store that takes its offerings and ambience more seriously. Staff are also more likely specialize in foodservice as opposed to retail.

What also has changed is consumers now are more concerned about food safety and hygienic preparation than convenience. “This is why, moving forward, the supermarket’s fresh prepared food section has to evolve,” says Wilson. “Hot bars, salad bars, community serving spoons and loose items in the bakery department will be obsolete, at least in the near future. Instead, we’ll see more prepackaged items than ever before.”

The grocerant segment’s shift will result in opportunities for foodservice equipment suppliers. “There will be a pretty big need for new solutions when it comes to fresh prepared food in grocery stores because of the push away from self-serve styles and utensil sharing,” says Wilson. “Any type of equipment geared for both chilled and heated grab and go will be more prevalent.”

Still, because grocerant customers differ from those frequenting restaurants and convenience stores, supermarkets need a different type of presence as the sale is more unique, Wilson says.

This may include a larger online presence. Although somewhat prevalent prior to COVID-19, shopping online has taken off in recent weeks as shoppers remain skittish about visiting stores. “Online shopping for pickup and delivery has been brought to the forefront,” says Richard. “We’ve seen stats that show a sizable percentage of customers will continue ordering food online from their local supermarket.”

Consequently, those stores focusing on e-commerce may obtain a bigger piece of the pie. “Right now, there is a battle as e-commerce is only 3% of food and beverage in groceries today, compared with 20% to 40% in apparel and sporting goods,” says Wilson. “The pandemic has forced more people to go to e-commerce; 13 million ordered online in August 2019, but this amount surged to 40 million this past March.”

With more consumers opting for curbside grocery delivery, the opportunity is there to add in a sandwich or meal. “Our estimates put supermarket e-commerce at between 15% and 20% in the next few years as consumers take advantage of online ordering,” says Wilson.

This would entail retailers enhancing online marketing, thus prompting impulse purchases on a digital shelf similar to a physical shelf. “It’s a big opportunity to create a one-stop shop, whether digital or physical,” says Wilson.

Retail foodservice has been gaining market share for 15 years, with the exception of 2008, says Wilson. “We’re facing a tough time here, but we have to evolve,” he adds. “But with huge disruption comes great opportunity. Prepared foods won’t go away in retail.”