A look at a handful of new food halls already seeing much success. 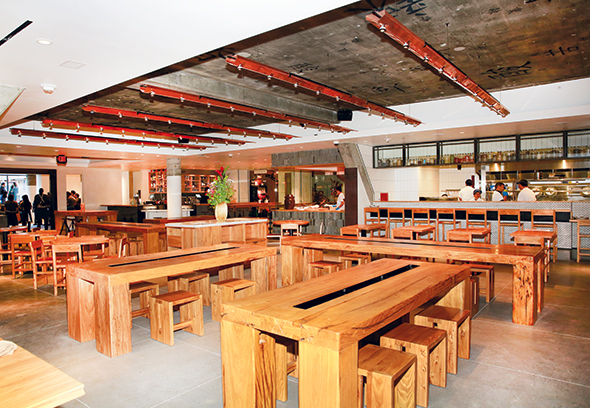 Once a transit-oriented apartment community in downtown Los Angeles, the nearly two-acre development is being built out as Potluck. It's evolving into a curated mix of dining and entertainment options created by partners Joey Ngoy, Tsz Chan, and other restaurateurs and chefs, and backed by Forest City Realty Trust Inc. Set to open this spring, the food hall will feature six restaurants, offering everything from fried chicken to Hawaiian garlic shrimp and more than 30 different empanadas. Songbird will be a coffeeshop by day and cocktail lounge by night, and LA Wine will feature single vineyard wines and craft beer selections created by up-and-coming producers.