Popularity among Baby Boomers and seniors and a willingness to expand into other dayparts have kept the steakhouse segment in a prime position compared to other restaurant industry segments. 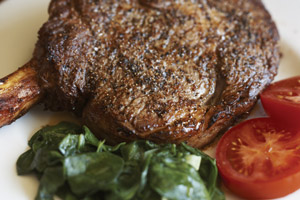 American consumers love their steakhouses. Despite consumers' stated intent to focus on healthful eating and economical dining, this segment continues to thrive.

"The steakhouse segment has come a long way from its steep declines in the past few years, and is faring better than casual dining overall, which was down 1 percent within the last year," says Bonnie Riggs, restaurant industry analyst for The NPD Group. "What's helping this category is heavy-duty promotions. As a result, deal traffic spurred by promotions is up 12 percent. If it wasn't for these, the category wouldn't be doing as well as it is." NPD also reports an uptick in lunch visits for steakhouses due to more of these concepts being open during the day.

Baby Boomers in general continue to drive growth in the steakhouse segment. According to NPD's data, the average use of steakhouses tends to be 41 percent higher among people 50 to 64 years old. For consumers over 65, the average use of steakhouses for dining out tends to be 53 percent higher than other demographics. "These customers love loyalty programs and senior discounts," Riggs says. "These are the age groups that will drive growth in this segment for the future."

With meat prices at an all-time high, the mid-range and high-end steakhouse chains now promote smaller, more affordable portions to help increase sales. "Promotions will remain important, as prices will have to be increased due to record-high beef prices," Riggs says. "[In the months ahead], we will see a lot of promotions and marketing of two-item entr?©es, such as steak with chicken or seafood, to offset high beef prices."