Chris Kempczinski was named president and CEO of McDonald’s. He and succeeds Steve Easterbrook who separated from McDonald’s after the company’s board of directors “determined Easterbrook violated company policy and demonstrated poor judgment involving a recent consensual relationship with an employee,” per a McDonald’s press release. 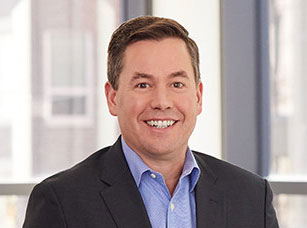 “The sudden departure of McDonald's CEO Steve Easterbrook is a surprise, but we ultimately believe that newly appointed CEO Chris Kempczinski is the best positioned executive to lead McDonald's going forward,” per a statement from R.J. Hottovy, consumer equity strategist at Morningstar.

Since joining the company in 2015, Easterbrook had been instrumental in McDonald’s turnaround efforts, Hottovy added. “This includes a successful global segment reorganization, refranchising more than 4,000 locations and eliminating $500 million in annual SG&A expenses. During that period, McDonald's also undertook several “velocity growth accelerators,” including an Experience of the Future layout, which features a combination of ordering flexibility, customer experience, and a more streamlined menu; mobile ordering and payments and delivery alternatives.”

In September 2015, Easterbrook hired Kempczinski to serve as executive vice president of strategy, business development and innovation. Kempczinski came to McDonald’s after holding leadership positions at Kraft Foods and Pepsi. “Kempczinski had been actively involved with the velocity initiatives – including digital and delivery – and worked with franchisees to adopt these platforms since becoming the head of McDonald's U.S. in January 2017,” Morningstar’s Hottovy said. “We also believe Kempczinski's focus on menu innovation, restaurant operations and international expertise (from his time at Kraft) make him a strong CEO candidate.

“While a high-profile leadership change tends to raise natural questions about leadership stability at a company, we believe that McDonald's under Kempczinski will be well positioned to stay ahead of its industry peers through its latest menu and technology initiatives, including an opportunity to redefine the drive-thru experience for the category through the recently acquired Dynamic Yield (predictive ordering) and Apprente (voice), which offer both ticket and throughput benefits. While we'd prefer a bit wider margin of safety at current levels, we'd encourage investors to take advantage of any post-transition weakness in the stock.”