Walter Kurtz temporarily assumes the role of chairman of Rational’s super advisory board. 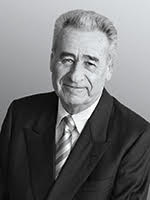 Siegfried Meister founder, majority shareholder, and chairman of the supervisory board for foodservice equipment manufacturer Rational AG has passed away. He was 78 years old.

Walter Kurtz, first deputy chairman, will serve as chairman of Rational’s advisory board on an interim basis. Kurtz has been a member of the supervisory board and company shareholder since the founding of Rational AG in 2000.

Meister started producing convection ovens in Landsberg, more than 40 years ago. His company produced its first combi-steamer in 1976 when Meister and his team added steam to the hot, dry air in the oven, per a company release.