This Week in Foodservice

Despite the May sales increase at foodservice and drinking places, the restaurant industry faces a long road back. Surveys show manufacturing sector is picking up, and Foodservice receives more media coverage. McDonald’s results show the complexity of ever-changing industry dynamics.

Many have said there’s no guidebook for dealing with the pandemic, and they are right. Thus, forecasting in such an environment remains extremely difficult. For example, while most, but not all projections called for sales to increase as more businesses reopened, the size of the rebound caught the forecasters unawares. Here is a quick look the Census Bureau sales figures so far this year: 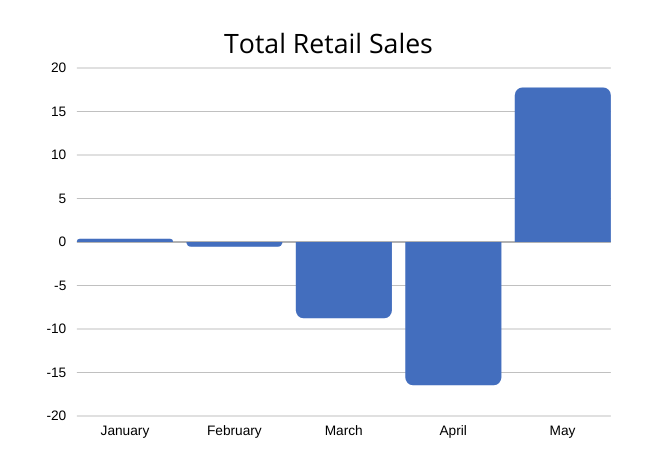 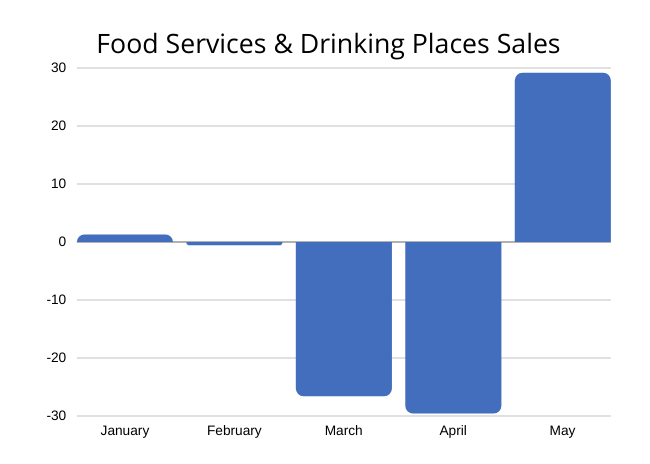 While any improvement is a positive sign, it is also obvious that one month can’t cover all the previous losses. Both total retail sales and foodservice sales gains in May covered the sales declines from April. Even with the strong bounce back in May, restaurant and bar sales are down 22.3% in the first 5 months of this year. May 2020 sales of $38.6 billion are far below the May sales of $63.7 billion in 2019. The restaurant industry continues to climb out of a very deep hole.

For details and same store sales of other chains, Please Click Here for the latest Green Sheet.