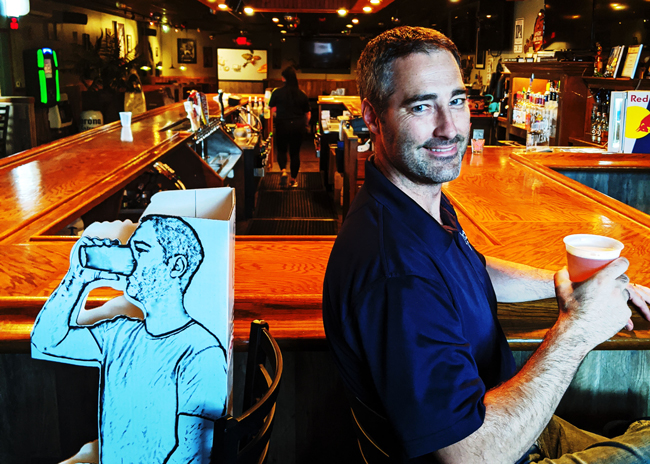 New Company Emerges out of Pandemic

The concept of restaurant dining rooms operating at reduced capacity paired with social distancing requirements bring to the table a variety of challenges for operators.

The most notable and obvious challenge being these steps often reduce a restaurant’s earning potential. But a socially distanced dining room can often lack ambience. But one foodservice professional from Pennsylvania has come up with a way to cut out of some of that dead space. Literally.

Like so many people across the country, as COVID-19 began to spread throughout the U.S. like wildfire in mid-March, John Gavin was glued to his television watching and wondering what would come next. The chief operating officer for Nova Equipment and Supplies, a Pennsylvania-based foodservice equipment and supplies dealer, Gavin was looking for information about what steps other countries and the businesses in those areas took to get ahead of this. Instead, most of what Gavin saw was governments shutting things down for months at a time.

As Pennsylvania began implementing specific shutdown efforts to slow the spread of COVID-19, Gavin found he had some time on his hands. So, he began spit balling ideas about ways to help his customers and his business. It quickly became apparent that when restaurants eventually reopened for on-premises dining they would be able to do so only at a fraction of their operating capacities while adhering to strict social distancing requirements. Realizing this, Gavin joked with his wife about developing cardboard cutouts that sort of look like people. And from there, Seat Peeps came into fruition. 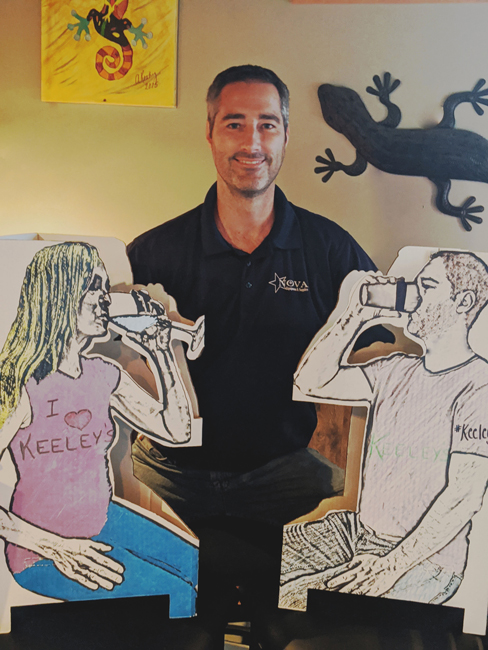 In developing Seat Peeps’ cardboard cutouts, John Gavin used the likeness of himself and his wife.

Gavin started discussing this concept in March, filed for a patent in late April and had first units in the middle of July. Of course, that’s an oversimplified version of the events leading up to the launch of Seat Peeps. “I learned a lot about what goes through the process in making a simple cutout like this,” Gavin says.

Seat Peeps are three-sided cardboard cutouts that operators can place in seats to help promote social distancing among patrons. The three-sided cardboard figures come in two options: one male and one female. “We made a lot of prototypes and went with a man holding a pint and a woman holding a wine glass because it appeals to the widest segment in restaurants,” Gavin says. “The images we use are pictures of me and my wife taken in my kitchen and photo shopped down to look like a drawing. We sought to make the images ethnicity neutral, too,” he says. “For quick-service chains, they will want to change that to a cup with a straw and customize it. We will probably roll out a coffee cup for another stock image.”

Because customer groups will fluctuate in size operators can easily reposition the lightweight cutouts to allow for social distancing between groups and safely provide seating flexibility. The cutouts are covered in varnish, which allows operators to wipe them down. “We think people are going to move them a lot, so you want it to be able to be cleaned. You can clean it using a sanitary wipe,” Gavin says.

For most restaurants, operating dining rooms at a fraction of their capacity not only significantly reduces their ability to make money, it also kills the ambience. Seat Peeps, though, can help offset the latter. “People’s shoulders used to drop when they would walk into a restaurant and saw the caution tape restricting their seating options. Now when they see the cutouts, they laugh and start talking about them,” Gavin says. “The attitude is completely different and that’s what I was going for. They are smart to use. You still have that distance, but the atmosphere still feels like it’s there.”

Like just about every other foodservice equipment and supplies dealer, Nova continues to deal with the uncertainties brought forth by COVID-19 as best as it can. “It’s a challenge every week to figure out what the next shortage will be,” Gavin says. “At first it was takeout containers then it was gloves and hand sanitizer. You can’t sell from an empty wagon.”

Gavin’s father, Patrick, founded Nova Equipment and Supplies back in 1976. This came about when the foodservice equipment and supplies dealership the elder Gavin was working for was sold to broadline distributor US Foods. Patrick remains active in the business, which now has two locations and thirteen employees. Nova serves customers in an area that goes from the Delaware-New Jersey border to the Delaware water gap and extends as far west as State College.

Despite these lingering uncertainties, John reports seeing intermittent rays of hope. “We had a customer come in just this morning who said he’s doing better than he was before the pandemic,” he says. “We’ve had a few customers like that and that’s keeping us busy.”

In addition to restaurants and the like, Nova counts clubs, like American Legion and VFW, among its customers. Pennsylvania has asked these clubs to shut down for the time being because they don’t serve food, John says. These operators are using this downtime to make some improvements. “They are taking this time to order a new cooler or other items they might need,” John says.

On the flip side, Gavin reports other customers continue to struggle. For example, one country club customer that would host 65 weddings each season can’t do that for the time being due to government mandates aimed at slowing the spread of COVID-19. “So, we see both sides of the spectrum,” John says. 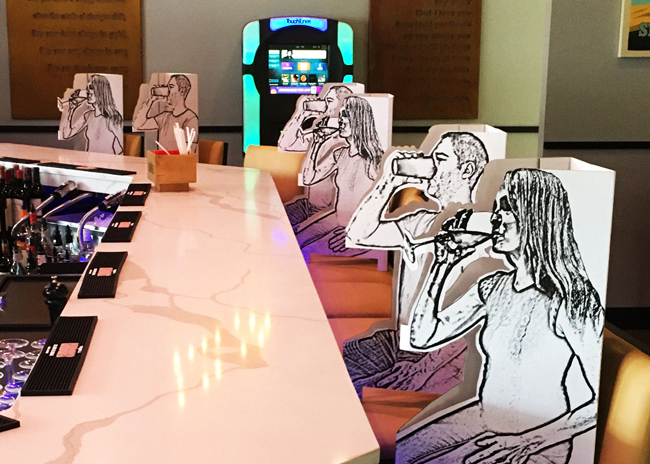 As for Seat Peeps, Gavin set that up as a separate business entity. “I did not want to burden anyone else with my crazy ideas,” he says, adding that his new concept has just scratched the surface of its potential. “The real play, though, will be for companies that want to get their brand out there. It’s marketing for them to have their names out there.”