Before foodservice equipment took center stage in Mark LeBerte's professional life, there was music. Rhythm and blues mixed with soul and jazz, to be specific. Servicing restaurant equipment for Pizza Hut was a side gig "to support a music habit" for LeBerte, now president and CEO of ATECH in Nashville. 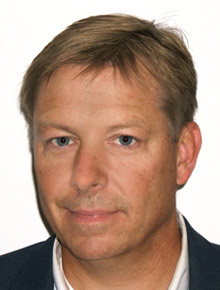 2012 Top Achiever-Service Agent: Mark-LeBerte, President and CEO, ATECH, Nashville, Tenn.After attending the prestigious Berklee College of Music in Boston, LeBerte returned to his hometown of Birmingham, Ala. to work as a musician and recording engineer/producer at Future Sound Recording Studio. With his partner, a former band mate of the famous Muscle Shoals Sound Studio rhythm section, which recorded the likes of Aretha Franklin, Wilson Pickett, and Glen Fry, among others, he pursued a career in music.

Fact of the matter is, music was and in many ways still is a major part of LeBerte's life. A musician by trade, it makes sense that he can tune up restaurant equipment as well as he can play piano or guitar. "I've always been good with my hands," LeBerte says. "I'm fascinated by all the different types of equipment a restaurant has, by the uniqueness of each piece and the challenge to be able to understand how they work and troubleshoot and repair them."

When the music industry hit a rough patch around the mid-eighties, LeBerte spent a couple of years working for Tom McLeod, owner of Jones-McLeod, Inc., a notable service agency in Birmingham. "Tom taught me most of what I know about the business in the early years," he says.

It was an invaluable experience that would eventually influence his career. But not at first. At the age of 30,

LeBerte would return to the music industry, following a contact from Muscle Shoals to Nashville, where he opened his own recording operation: Studio One. There, he switched focus from R&B and pop to country rock, which became popular in the late '80s and early '90s.

"I was always looking for material to pitch," he says. "We recorded a lot of demos for people, including Trisha Yearwood and Barry Beckett." Another bump in the music road, though, led to a switch back to servicing restaurant equipment. This time, knowing what it takes to run his own business, LeBerte would again go off on his own.

"It was 1990; I had a basic brick cell phone, a pickup truck, a set of tools and a customer list I purchased from a friend of mine who was getting out of the restaurant business just as I was getting back in," LeBerte says. "Having worked for Pizza Hut for years, I was a customer so I knew what the customer was looking for from a vendor, and I could see the disconnect that existed among many service agents at the time."

Since then LeBerte went from "a man and a truck" business to a full-fledged service agency with 35 employees at its peak and multiple locations throughout Tennessee. After the recent economic downturn, LeBerte scaled back on the brick and mortar units and scaled up on the use of new technology to form more satellite locations throughout the state, which report to Nashville, Memphis and Knoxville, ATECH's current main three hubs.

"Business has been great for the last year," LeBerte says. "We've gone through three recessions — one in the early '90s, one in 2001 and now the last and most brutal one from 2008 to 2011." Although ATECH has struggled on occasion, the company persevered and came back even stronger each time. It is a testament to the tenacity and determination that has driven LeBerte through every endeavor in life.

What started as a list of mainly casual dining and QSR clients grew into a longer list spanning the segments, including hospitals, prisons, schools and other institutions, along with the occasional independent restaurateur. ATECH also partners with a couple of dealers in the area for certain projects, LeBerte says.

The role of companies like ATECH is to provide the highest level of service at the lowest possible price with honesty and integrity, LeBerte says. When it comes to quality skills service agents should have, "a keen understanding of the equipment and the business from both sides, as a customer and a supplier, along with listening to the customer and letting them voice their opinions, in order to come to some middle ground," lead to successful relationships.

"Often there is a disconnect, where service agents might understand how to fix equipment, but they don't understand what their restaurant customers do exactly and how service impacts their business," LeBerte adds. "You can't just show up at any time of the day, and when you do show up, want to get in, fix the problem and get out. It's also important to know what equipment is important to them and put that in the service records. For example, the dishwasher is a huge equipment item for a restaurant, whereas at a school if the dishwasher goes down they can go to paper products. Good service is not only about treating others as you would have them treat you, but about going one step further to figure out exactly how your customers want to be treated and treating them that way."

His active involvement with the Commercial Food Equipment Service Association (CFESA) has also helped secure this reputation for both ATECH and LeBerte as a professional. A board member on and off for 10 years, LeBerte has served in multiple roles for the association, including director, treasurer, secretary, second vice president and currently first vice president. This May he'll be up for election as a nominee for president. "The main thing I like about CFESA is that it gives service agents a standard of excellence to strive for or achieve, and that standard evolves with the times. What was a best practice 10 years ago may not be the same best practice today."

A challenge many service agencies find today is having to maintain an adequate parts supply while competing with the price points offered, as well as the warehouse and shipping capabilities of the "big box" replacement "parts only" houses. "The big parts suppliers have $10 million distribution systems — how do you compete with that?" LeBerte says. "But, I see these single source suppliers as the way of the future for service agents, similar to the air conditioning, refrigeration, electrical and plumbing industries. When service companies order through 'big box' parts houses they can usually get whatever they need shipped in one box, and on the same day, rather than have to call up this distributor and that manufacturer, processing several different purchase orders for different parts needed at a time." As such, by making up lost profit margins in efficiencies, service agents can focus on their core businesses to become more profitable, LeBerte explains.

With on-site inventory becoming increasingly more cost prohibitive for small to medium service agents, at ATECH, LeBerte chooses to find a middle ground — keeping enough of the popular replacement parts on hand for quick fixes, working with a combination of key manufacturers and distributors that can get him what he needs fast, and then focusing on the distinct services and programs his agency can offer that others cannot.

While preventative maintenance plans are a basic service to all customers, ATECH's focus on offering custom budgets makes them unique. "We're probably one of the few service agencies offering full-service maintenance agreements, from preventative maintenance to other maintenance programs where labor cost is included in the agreement and they only pay for the parts, to full service parts and labor agreements," LeBerte says. His institutional clients and some casual dining ones prefer the former method because they can build in maintenance to their budgets ahead of time so that repairs and service calls are covered 100 percent throughout the year, even if a problem occurs unexpectedly. "This way they don't have to go through every invoice to scrutinize it for time spent or parts ordered that may not have been needed because now the onus is on us to perform."

Continued training lies at the core of ATECH's goal to provide top-of-the-line service. "We learn about new equipment through the media, trade shows and newsletters from manufacturers discussing new brand rollouts," LeBerte says. He also relies on his connections with CFESA for continued education and staff training, and the team makes frequent trips to factories for additional on-site learning. Recently, the group went to one major manufacturer's training to learn more about Panini grills, which are becoming more popular these days. "It's also great to be able to go to the factory for training rather than just look at service manuals," he says. This is especially the case as equipment becomes more complex, and as certain chain restaurant clients increasingly purchase these more complex pieces.

Throughout all the industry and career ebbs and flows though, family has been a constant for LeBerte: his wife of 30 years, Belinda, and sons Kendall, 22, Eric, 30, and Shanon, 32 have all helped out at ATECH in some capacity over the years.

"As difficult as it may be at times, you have to continuously maintain that focus on the priorities in life, though, that are ultimately what's most important" LeBerte says. "And for me those remain; God, family, work, and then, of course, there's always music. "