David Reeves and his wife Carolyn always hoped to retire to Florida. Though they weren’t ready to retire, when a job position opened up at Lee Health in Fort Myers, Fla., Reeves jumped at the opportunity to move to the Sunshine State. He started his position as system director, food and nutrition services with Lee Health on Oct. 5, 2020. 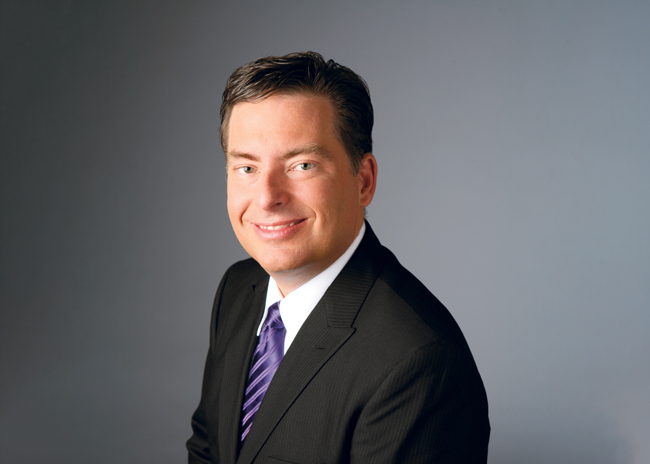 The staff and administrators at Lee Memorial Hospital have high expectations for Reeves and with good reason. He has 28 years of experience in the segment, the bulk of it at Elmhurst Hospital in Elmhurst, Ill., and the prestigious St. Jude Children’s Research Hospital in Memphis, Tenn. His peers know him as being passionate about his profession, collaborative with those around him and analytical in his approach to developing systems. He drives strong operational and financial results, tackles extraordinary problems and finds creative solutions. He provides management staff, many of whom remain supportive colleagues and loyal friends, with appropriate mentoring and coaching. He also develops credibility with hospital boards and C-suites, tapping his ability to convey a clear vision with the strategies and tactics needed to achieve outcomes.

Reeves received his associate degree from Harper College in Palatine, Ill., and then attended the University of Wisconsin-Stout in Menomonie, Wis., where he earned a bachelor’s degree with a major in hotel and restaurant management. When he graduated in 1991, the economy was in a recession, so Reeves applied for a job in healthcare because he assumed it would be recession-proof. He didn’t get that job, but instead became a restaurant manager for a Courtyard by Marriott location.

Elmhurst Hospital reached out six months later, and Reeves came on board in 1992 as a foodservice supervisor. After a brief departure to what is now Advocate Good Shepherd Hospital in Barrington, Ill., in 1993 as foodservice coordinator, Reeves returned to Elmhurst and worked his way up the career ladder, becoming director of hospitality services in 2009, a position he held until 2016. During that time, he managed multiple facilities, which also included a transitional care facility, the business operations center and medical office buildings — what is now the Edward-Elmhurst Health system. As hospitality services director, his responsibility included foodservice, a retail food store, clinical nutrition, environmental services and laundry processing and distribution. He oversaw $12 million in revenues and $20 million in expenses.

While at Elmhurst, Reeves taught hospitality management classes at Harper College in Palatine, Ill., from 2005 to 2008. Reeves believes earning his MBA was an important career decision. He enjoyed the challenge of focusing on financial management while at Roosevelt University. “There are so many programs and situations that I’ve had to justify to chief financial officers and financial groups about return on investments and long-term investments,” he says.

From the moment Reeves entered healthcare he wanted to make his employers’ operations and the healthcare foodservice industry better than when he started. Reeves hopes his legacy will be to transform the myth of poor-quality hospital food. One of the main ways he has been able to make improvements in food and systems is to build trust among himself and team members and encourage the team to trust each other.

At Elmhurst, Reeves led the design of foodservice operations and operational planning for the facility’s new integrated campus. The ground-up 260-bed acute care hospital opened in June 2011. Retail food operations include the Wildflower Café in addition to a separate licensed Starbucks store. Room service dining is available to patients and their in-room guests. “I justified the additional resources such as FTEs [full-time equivalents] and equipment by focusing on lowering the net costs of operating the division,” he says. “From this, I focused on generating revenues, enhancing menus, while reducing the inefficiencies of wasted meals and lowering food costs.”

Reeves is particularly proud of expanding the Elmhurst laundry plant to process laundry for the system. “I was able to justify a $6 million expansion to build onto an existing facility,” he says. “By putting in this shared services model, processing more than 10 million pounds of laundry annually, we reduced costs and improved service levels. Ten years later, when hospitals in Chicago could not find local services to process linen, Elmhurst was just fine. And this is still a huge asset to the hospital system.”

Reeves relocated to Memphis in 2017 when he became director of culinary operations at St. Jude Children’s Research Hospital. His responsibilities for the foodservice operations included patient meal service and catering, as well as all retail operations, two Starbucks licensed stores and a food truck program. Reeves enhanced the foodservice mission, implemented robust financial tracking and introduced new technology for point-of-sale, preorder and payment, as well as digital menu boards. He also invested in staff development and retention by creating St. Jude’s Culinary Academy, a culinary training center and an online program. In addition, Reeves provided oversight of the St. Jude Butterfly and Hummingbird Garden, a tranquil green space.

The annual sales volume at St. Jude’s reached $5.9 million under Reeves’ time there, with staff serving 5,146 meals per day. Reeves also led the foodservice division on its master facility plan goals, which include a 60% campus expansion in 2024.

As the world changes to adapt to COVID-19 safety protocols and expectations, Reeves will continue to be on the front lines, doing all he can to leave a strong legacy and enhancing the practices of healthcare food and nutrition services, while improving their image along the way. His accomplishments and those of his teams have already left a lasting positive impact.

A: At a local pizzeria in high school, where I started first as a dishwasher, then as a pizza maker and a restaurant closer at night. The owner even took me to my first National Restaurant Association show.

A: Learning and mentoring others. The foodservice industry is a collaborative group of professionals that share best practices.

A: Life is short. Make sure to live in the moment and enjoy every day.

What is a lesson you learned
from a project?

Leading change is hard work, and many factors can get in the way. Keep focused on the objectives of the project and celebrate your successes.