Among the many different pathways through the equipment and supplies community to a successful career, few involve a start at a switchboard — but that’s exactly where Lynne Schultz began. Now president of Ossining, N.Y.-based Tri-State Marketing, her first industry job was on the switchboard of Traulsen, a refrigeration manufacturer. 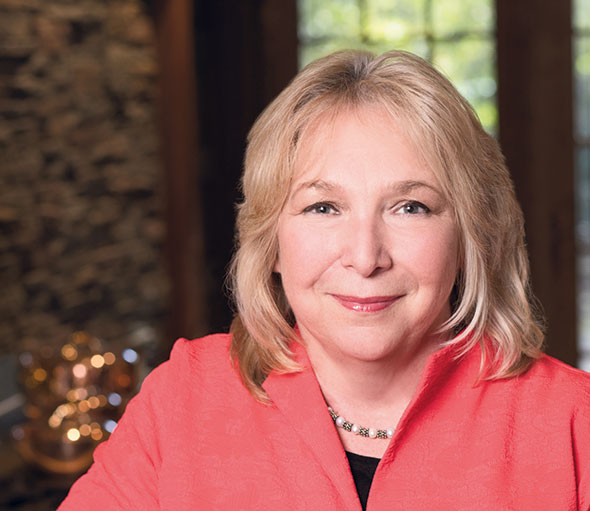 Lynne Schultz President, Tri-State Marketing, Ossining, N.Y.“I started on the switchboard of Traulsen when I was 17 years old,” Schultz says. “I was out of school about six weeks, needed gas money and found a job in the PennySaver. That led to 23 years of being with Traulsen.”

Showing promise, she quickly moved beyond the switchboard to preparing quotations, then to secretary, customer service representative and eventually credit manager.

Schultz eventually went to company owner Harry Traulsen and asked for a crack at sales. “He sort of chuckled and said, ‘I guess the foodservice industry is ready for a woman in sales,’ because there were none then. This is 1982.”

After some sales training, including a Dale Carnegie course that Schultz says sparked a life-long love of self-help, she was given some product catalogs and sent down to Manhattan’s infamous Bowery neighborhood. While the area was grittier than it is now, she was hooked instantly.

“When I went out there, I loved calling on the dealers and calling on the end users and the consultants. I discovered that the foodservice industry, as vast as it was, is a big family,” Schultz says. Her love for sales showed in her results, and she eventually went from salesperson to a regional manager. In the back of her mind, she says, she wanted to eventually rise to president of Traulsen.

That wasn’t meant to be, though. Around 1997, the equipment manufacturer was sold and its headquarters moved to Texas. It’s now part of ITW Food Equipment Group, based in Glenview, Ill. The transition and cultural shift led Schultz to leave the company in 1999. At that time, she founded Tri-State Marketing with Bart Gobioff, who was then just her business partner but is now also her husband.

“I could not have done any of this and could not have been nearly as successful if it wasn’t for Bart. He’s not only a wonderful husband, he’s a terrific business partner,” says Schultz. “Even though this is an individual award, he’s very much in the essence of it.”

Naturally, Tri-State’s start was humble, with the company operating out of Gobioff’s mother’s basement. The firm’s strategy was (and remains) to partner with high-quality manufacturers that are leaders in their fields. Schultz and Gobioff’s reputations were strong enough to quickly draw a few high-profile equipment lines that fit that description. This not only kept the lights on, it gave the fledgling firm credibility in the equipment and supplies channel.

Today, Tri-State has 10 employees, with 6 working outside sales and 4 based in the company’s Ossining, N.Y., headquarters. The firm continues to represent many of the companies the agency first signed.

Over its 20-year history, Tri-State has earned a reputation as a true partner to all members of the channel, including operators. When an issue arises, Schultz is known for being fair and flexible. “I always feel that we’ve been doing this long enough, so the problem of the day can get solved,” she says. “If you’re creative enough and have good relations, the dealers will trust you to hit upon the best resolution. If we have a solution where somebody loses, I don’t feel good about that.”

The company has also made some significant capital expenditures in recent years to better represent the lines it works with. In 2018, Tri-State opened a test kitchen at its Westchester County office in Ossining, N.Y. At the time, Schultz saw this expenditure as a risk. Who would take the time to leave New York City to test kitchen equipment outside of the city?

The space, though, gets used two to three times a week, and groups of more than a dozen are not uncommon. The nature of the company’s facilities helps drive this traffic, Schultz notes.

Residing on several acres that Schultz and Gobioff also call home, Tri-State operates out of a converted barn. In addition to serving as a home and place of business, the property houses an animal sanctuary the couple operates, where they care for everything from chickens to goats to llamas. They dedicate other parcels on the property to growing fresh produce and herbs.

The appeal of the space — being able to cook fresh veggies from the garden and take eggs from the chicken coop — helped make the test kitchen a hit, Schultz believes. “We’re so removed from our food these days. When people come and they actually see the chickens and the goats, and actually go into the coop and take an egg — unfortunately, that is a big experience for people today.”

The test kitchen has been so successful, in fact, that Tri-State is working on an expansion. Not only will it hold more equipment, it will also accommodate larger crowds — something the firm finds it needs.

Along with the addition to the test kitchen, the firm is building an exercise space for its employees. “We want people to be thinking about their health,” says Schultz.

This humane approach serves as a central element in Tri-State’s culture. The company, Schultz says, has no set vacation policy. People simply take the time they want and need, and no one abuses the system. Similarly, it does not track sick time. If someone is ill, the firm would rather they stay home, get better, and not spread the germs around the office. Tri-State has also worked out flextime for employees with long commutes or newborn babies, and recently gave a new mother three months of paid maternity leave.

This worldview carries through to Schultz’s efforts outside of Tri-State. As a board member of the American Jewish Committee, she helps steer that group and is particularly involved in adding new, young leadership. She also is active with Selective Corporate Internship Program, an organization dedicated to helping underprivileged young people learn how to apply for jobs, internships and college.

These efforts — the support and careers she provides her employees and the ability to give others a hand up — are ultimately the sweetest fruit of Tri-State, Schultz says. “There’s nothing better,” she says. “I couldn’t do all these things if I didn’t have the resources of my company and the support of my company. It has allowed me to give back much more than I have ever dreamed.”

How she approaches change: “It’s inevitable, so why complain about it. During a recent class in my MFA Program, an instructor discussed revising writing, which many authors dread. She suggested we look at it as reimagining what something could be rather than what it is. I think that’s a great way to look at change — reimagining what opportunities might be realized.”

Influential life experience: One of the greatest influences of her life was Stephen Covey, the author of The 7 Habits of Highly Effective People. His principles have been a roadmap for how she lives her life, and she feels she owes much of her
success to his teachings.

Career mission: She has lived her life with the universal belief that if you help people get what they want, you will always have what you need. In that respect, her career mission is to help others both personally and professionally. “Mentoring,” she says, “gives me the ability to allow others to see the potential in themselves that they might not have otherwise realized.”