Repair work has been part of Gary Petitti's life from the very beginning. As a child, Petitti went on service calls with his father, a television repairman. In high school, he studied industrial electronics, while in college it was computer electronics repair. Repair work — restoring antique cars and motorcycles — is even his hobby. 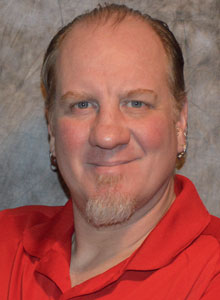 Gary Petitti, President, Gary’s East Coast Service"There's nothing that Gary can't fix," says Angela, his wife. "If it's mechanical and it's broken, give it to him and he will figure out how to fix it. It will drive him crazy until he gets it done, but he will find a way to fix it. He's amazing."

Petitti's entry in the foodservice sector began during his time in technical college. Planning on a career repairing biomedical equipment, he got a facilities job at a hospital, where he ended up fixing broken foodservice equipment in the kitchens. "That's where I got recruited by a [foodservice repair] company because I would call in for parts," he recalls. "They'd say 'Hey, you sound like you know what you're doing. Do you want a job?'"

Gary accepted, and for the next decade worked as a service agent with various service agencies. By 1994, however, he was ready for a change. Petitti wanted to start a company that reflected his skill and dedication — the ability to get to the root of complex malfunctions and fix pieces that seemed hopelessly broken, no matter how long it takes.

So in March of that year, Petitti left his job as a service agent with a handshake and started Gary's East Coast Service out of his garage. "I was fortunate because of my hobby that my garage was set up like a workshop. I had all the tools, so I was able to work on things in there," Petitti recalls.

While many new businesses have a slow ramping-up period, Petitti never experienced that. Many of the operators he did repair work for in his previous job sought him out, giving the company an immediate boost. "There were a lot of school systems, hospitals, some chain restaurants. So if you pick up 1 or 2, you pick up 10 or 20," he says.

Gary's East Coast Service grew so quickly, in fact, that in May of that year, less than three months after the company opened its doors, Gary's hired its first employee, Jay Sanderson, now the lead technician. By July, Angela, who at night had been handling administrative tasks like billing and accounts payable, was able to quit her day job and begin working for the company full time. By October of the following year, Gary's moved out of the Petitti garage and into its own headquarters. Today, the firm has 16 employees and services throughout the state of Connecticut.

With the company's commitment to performing high-quality work, developing its employee base represents a defining feature for Gary's East Coast. The firm is certified by the Commercial Food Equipment Service Association (CFESA) — an impressive feat for a smaller service agency — and the company strongly encourages its field techs to earn CFESA Master Technician certification.

The company encourages those with certification to participate in ongoing training. "All of the guys who've been here a long time, including myself, have been to numerous training seminars at manufacturers. Even though they've been to 25 different ones, that doesn't mean that if a new one comes up they shouldn't go. It's important to keep up with the technology," Petitti says.

Gary's makes these investments in training count by being great at retaining its employees. Of the company's 16 employees, 7 (counting Gary and Angela) have worked there for 15 years or more, while only 3 have been there for 5 years or less. And the firm has never lost a field technician to another service agency.

Why do employees stick with Gary's? First of all, Gary and Angela treat their employees well from a compensation standpoint. During the first year of employment, staffers get a bump in pay every 90 days, followed by yearly raises afterwards. And when techs earn master certification, they get an immediate raise, regardless of how close or how far away the annual increase is.

Beyond compensation, though, Gary's recognizes its employees have full lives away from work. One employee, for instance, is an avid hunter, so the company strives to provide him with plenty of time off during hunting season. Others enjoy amateur car racing, and Gary's tries to schedule around their race days. These efforts reflect the spirit of the company, Angela says.

"We're very family oriented. We have a lot of family and friends who work here, and family always comes first...We think that's an expression of the whole company. Without that, we wouldn't be able to give the service that we do." Some family members, in fact, play key roles in the company. Petitti's cousin, Christopher Evans, a CFESA Master Certified Technician, is now the company's service manager, and Gary and Angela's daughter Lyndsi is a communications student in college who manages the firm's social media accounts.

Looking ahead, Petitti hopes to continue the firm's steady growth without diminishing the quality of its work. "We want to work with manufacturers who will appreciate the quality of the work that we're doing," Petitti says.

Those companies that Gary's does specialize in — along with the operators who own their equipment — no doubt appreciate this dedication to doing the job right above all else.

"We have a monthly staff meeting and that's one of the things we talk about," said Angela. "When you go out there, you're the face not only of us, but of the manufacturer... We want them to tell that manufacturer that we did a good job for them."