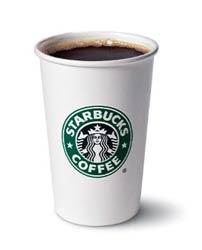 Purchasing the right disposables for an operation is no easy task and the degree of difficulty only increases when the foodservice provider is sourcing environmentally friendly products. For hot beverages and foods, many "green" disposables, most of which are made using corn- and soy-based polymers as a biodegradable alternative to plastic, can sometimes melt or fall apart more easily in high-volume operations. Though the range of biodegradable disposable products has expanded vastly in the last few years, and particularly in the last year, selecting the right products to fit with the volume and nature of an operation requires research, analysis and, in many cases, careful collaboration across various decision-making entities. But most buyers seem to agree that the switch is worth it.

That was the case for Starbucks, who switched to recyclable cups made from 10 percent recycled materials four years ago. The process wasn't easy, execs say — it required working with paper mills to create a product to specifically meet the company's enormous volume and demand. One company ultimately stepped up to the challenge of producing a recycled/recyclable cup at the quantity Starbucks required, but it wasn't until this year that Starbucks started taking a proactive approach in encouraging customers to recycle the cups after use.

Early last month, Starbucks announced plans to continue their rollout of recycling programs within stores nationwide, and use the post-consumer recycled cups to create new recyclable Starbucks cups. After tests in Toronto, Seattle and San Francisco proved successful over the past year, the company plans to move to Chicago in the first quarter of 2011, along with New York and other major metropolitan areas with the goal of expanding their cup-to-cup recycling program so that 100 percent of its cups are reusable or recyclable by 2015.

"The program has been exciting for us because we've been able to close that loop on recycling and create a larger demand for post-consumer recycled fiber," says Jim Hanna, director of environmental impact for Starbucks. "We're not just concerned about what our cups are made out of, but also that customers have access to recycling those cups." Hanna adds that 80 percent of Starbucks customers take their products to go.

First steps in the cup-to-cup recycling project involved zeroing in on different cities' recycling and/or composting infrastructures. In some municipalities, including many on the West Coast, recycling costs less than waste removal. In San Francisco, composting the soiled paper cups proved easier than recycling them. Then, the company had to work with paper mills to ensure they could use the soiled, post-consumer waste to make new, clean products.

Next, Starbucks either retrofitted existing trash receptacles with recycling and/or composting bins as add-ons, or they replaced the receptacles with a two-bin system, Hanna says. In addition, the company used heavy signage and media outreach to educate customers about their new program as well as encourage them to use the recycling and composting bins appropriately and frequently. In many cases, that meant trying to integrate recycling into existing habits, including directly positioning the new bins directly next to the trash receptacles or as close as possible.

The company also rolled out several initiatives and marketing campaigns to encourage customers to bring their own coffee mugs and tumblers, or purchase one in-store for later use – in some cases giving away free or discounted coffee in exchange for the switch. Employees in-store are encouraged to use reusable mugs for their own needs as well.

While it's too early to tell at this point just how much waste the company will be able to divert from landfills through its new recycling program, 200 million pounds of paper have avoided the landfill by the cup switch alone, the company has said. Starbucks serves as an example outlining some of the steps to transition to the use of biodegradables in take-out, quick-serve and convenience operations. It's also an excellent example of how to proactively implement recycling and composting programs that encourage customers to appropriately dispose of those products — and in some cases, how to reuse those products to create additional ones of the same kind.