Five kitchen experts weigh in on the most pertinent equipment pieces for today’s kitchens. 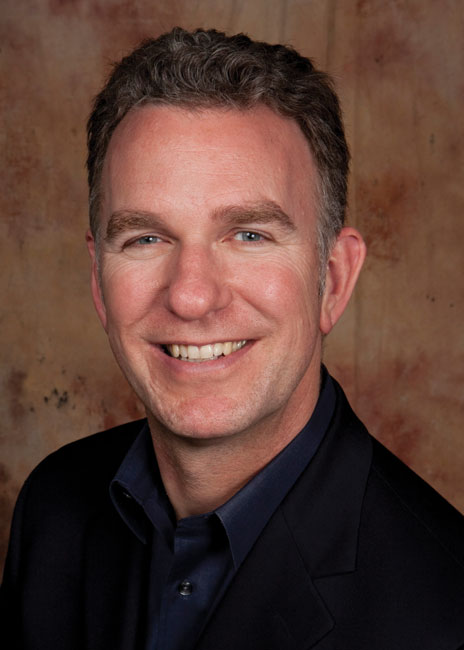 “We almost always spec a combi oven in the restaurants we design.” — Jay Bandy president of Goliath Consulting Group“Essentials.” “Old standbys.” “Must-haves.” Whatever they’re called, there are certain pieces of equipment that almost every kitchen needs. Some of them are time-tested, traditional pieces; others are newer models that help increase production efficiency. Whether these pieces are multifunctional or just do one thing especially well, they’re the ones that foodservice designers recommend time and time again.

Start with the cookline, itself an essential kitchen component. If any piece of equipment can be termed a must-have for the modern cookline, it’s most likely the combi oven. “We almost always spec a combi oven in the restaurants we design,” says Jay Bandy, president of Goliath Consulting Group in Norcross, Ga. “They’re such a versatile piece of equipment [with a] small footprint, and they can do so much.” With today’s extremely tight labor situation, the fact that combis are simple to operate, easily programmable and cook consistently has never been more important, he says.

Once thought of as being strictly for commercial restaurants, the combi has now worked its way into almost every area of foodservice. Laura Lentz, design principal for Ellicott City, Md.-based Culinary Advisors, says initial resistance to combis in the school segment is fading away. “Because of the throughput that you need, we’re still seeing [some] K-12 schools dependent on the traditional steamer. But even schools are now also having combi ovens,” she says.

With their flexibility in cooking methods and their ability to produce food quickly in a relatively small footprint, high-speed ovens continue to grow in popularity, similar to combi ovens. “There are a lot of things you can pop in a speed oven that you have prepped and ready to go that will really cut down your ticket times and also improve your level of food consistency and quality,” Bandy says. 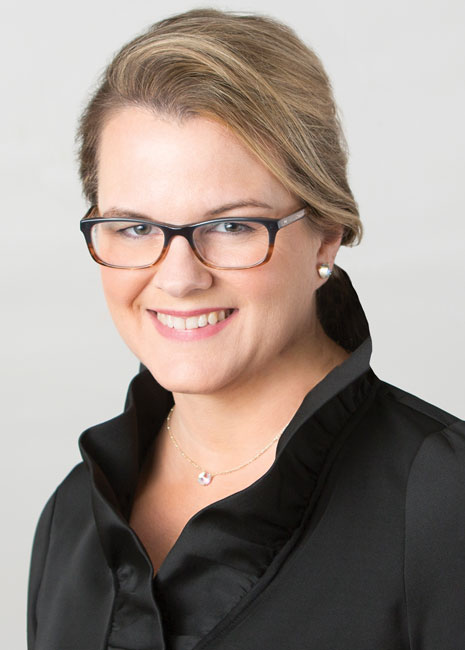 “I’ve been a fan of track shelving for a long time. … I know it’s maybe not all that fancy a thing, but I think it’s a critical element.” — Laura Lentz design principal of Culinary AdvisorsLentz finds more cooklines dependent on accelerated cooking ovens today. “It’s not necessarily [accelerated cooking] as much as it is smaller compartment cooking,” she says. “I’m starting to see these more and more, sometimes double stacked. They’re almost [being used] as smaller oven compartments, like how we would have used a standard oven in the past.”

Bandy adds that he has seen some resistance to high-speed ovens — most notably in the casual-dining segment — but thinks that this type of programmable, multifunctional cooking equipment will only increase in use in the future.

Scott Levine, founder and senior vice president of The Design Difference in Chevy Chase, Md., finds that a more old-school item — the tilt skillet — can do so much that he makes it a consistent recommendation. “I think it’s one of the most versatile pieces of equipment in the kitchen. I try to work one in wherever it’s applicable,” he says. “You can braise, boil, sear, fry and use it as a griddle with walls. I kind of joke that I could run a fine-
dining restaurant with a combi oven and a tilt braiser and nothing else.”

Amy Hegarty, principal of Foodservice Consultants Studio in Henrico, Va., says that the pairing of a combi oven and tilt skillet provides a one-two punch for her school foodservice clients. “Tilt skillets and combis are very versatile pieces of equipment. If we are tight on space, those two are multifunctional and can handle a lot of different menu items,” she says.

Another traditional favorite that John Franke, president of Franke Culinary Consulting in Dallas, says should not be dismissed is the flattop. “The flattop, to me, is the most versatile thing that you could have in a line,” he says. “It’s great for burgers, blackening and searing things. With everything that can be done on there, you could lose your saute burners.” Flattops have the additional benefits of being easy to operate and clean, he adds.

Designers know the area underneath the cookline is valuable real estate and find that undercounter refrigerator or freezer units are “standard issue,” in Levine’s words, particularly at the fry station. He likes to configure undercounter refrigerators or freezers with a worktop to give the fry station crew sorely needed workspace. “I see a lot of plans where fryers are just kind of there without any accompanying equipment,” he says. “You can’t rest anything on a fryer.”

The undercounter refrigerated chef base is “one of those foundational items on a cookline [that] complete the station,” says Bandy. He advises spending the extra money on a base with sturdy drawer slides is essential because “you’re going to be in and out of those drawers quite a bit.”

Moving away from the cookline, there are other pieces of equipment foodservice designers deem essential for a productive kitchen. For Hegarty, that means something simple yet often overlooked — worktable space. “Lots 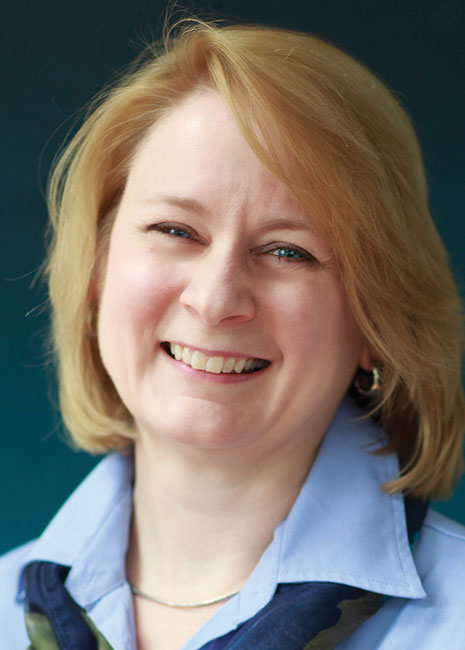 Lentz says that her clients are recognizing the usefulness of blast chillers, especially when paired with a combi oven. “I’m really starting to see those now as requests on the initial list coming from end users,” she says. “Those of us who are searching for the newest technologies have been talking about blast chillers for some time, at least 10 years.” She believes that the pandemic was one of the main drivers for the surge in interest in blast chillers. “The ability for temperature monitoring and food safety that a blast chiller can add is much more on the minds of folks these days.”

Another essential item, this one by way of food prep, is a high-powered commercial food processor. The item’s flexibility makes it a necessity for streamlining food preparation, according to both Franke and Bandy. Yet they also feel that users barely scratch the surface of what these machines can do. Bandy will often bring in experts on the equipment for demos to show potential users its full capabilities. 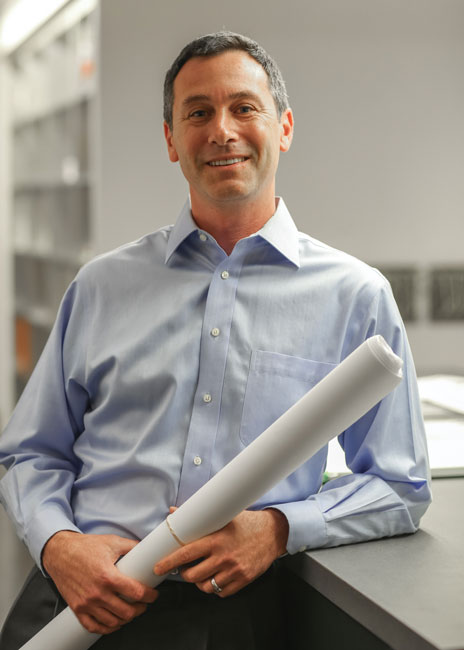 “I kind of joke that I could run a fine-dining restaurant with a combi oven and a tilt braiser and nothing else.” — Scott Levine founder and senior vice president of The Design DifferenceFor Levine, the 20-quart mixer serves as the stand-alone kitchen workhorse. “It has a purpose in almost every operation,” he says. While some kitchens may need a larger-volume mixer for producing large quantities of dough, Levine notes, “there’s still typically the need for the 20-quart for smaller batches.” To make the machine even more flexible, Levine says he will sometimes specify larger mixers and then use the reduction bowl and attachment accessory kits to provide operators with the flexibility of having a larger mixer and a smaller mixer in the same footprint.

With the rise in distributive dining — taking the food to students rather than having them come to a centralized cafeteria — transport carts are a necessity for many of the schools Hegarty works with. “Mobile heated cabinets can be transported to another part of the building if they’re remote feeding or even just to separate the serving lines a little farther apart,” she says. “They’re never a bad idea because [schools] know they have to hold food at a proper temperature, and as they’re shorter on labor, they may have to cook food earlier before serving to get it all done.”

Shifting over to storage solutions, setting up efficient dry and cold storage areas can increase a kitchen’s throughput. That starts with shelving that’s durable and easy to clean, says Bandy. “We’ve really moved to antimicrobial surfaces and not having everything be metal and chrome,” he says. “It’s just much more sanitary. You can run [the shelves] through the dishwasher.” He notes that he has seen cases where the same shelves have been used for years and years.

Franke’s chef training has taught him to be almost obsessively organized when it comes to storage. “You need to label everything,” he explains. “When I would set up restaurants, I’d buy 300 to 400 shelf label clips. It was an absolute — no negotiation. Every single thing must be labeled. The more you label, the less communication you need to have and the less frustration you will have.”

One component that Lentz relies on for organization in dry storage is track shelving. “I’ve been a fan of track shelving for a long time,” she says. “I’m getting to the point where I can’t tell you the last time I didn’t put that into a dry storage room. I know it’s maybe not all that fancy a thing, but I think it’s a critical element.”

One thing all these foodservice designers agree on is the idea that no matter how efficient the piece of equipment, it must be placed logically in the kitchen to maximize its usefulness. “I tried to come up with a good application of when a bad location made sense or could be overcome,” says Levine, “and I couldn’t.” 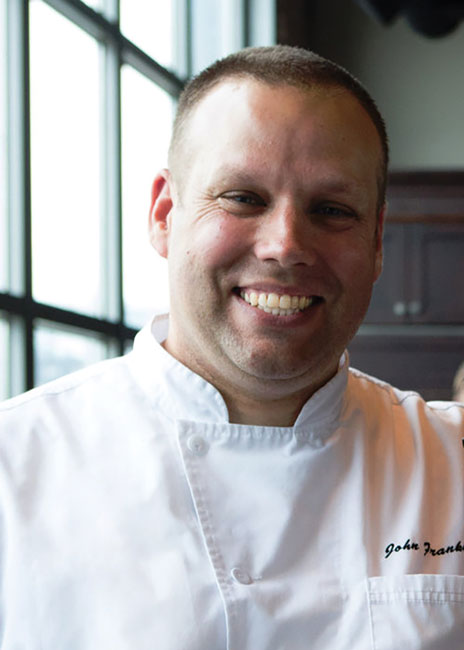 “The flattop, to me, is the most versatile thing that you could have in a line.” — John Franke president of Franke Culinary ConsultingIncorrect placement means that “the piece of equipment might still work, but the efficiency of the line will be degraded,” adds Franke.

Equipment placement must be a consideration in terms of production order and the other pieces involved in production, notes Lentz. “If I’m coming out of a combi oven and going into a blast chiller, the adjacency of those two pieces is critical and directly relates to how much time or labor I’m going to have to put to someone operating those pieces of equipment,” she says.

Consider traffic flow as well, says Levine. “Placement of equipment should be based on the intended use, avoiding cross-traffic and cross-contamination,” he says. “You wouldn’t want to locate an ice machine in the back of the kitchen. That’s the farthest from the bar.”

Of course, flexibility is a priority. “Many times, we’ll design something and go back later, and it’s ‘Oh, you moved that.’ Or, [they’re] doing something differently than what we thought was the best solution for the project,” says Hegarty. While those changes can sometimes be as simple as moving a piece of equipment, they can also affect the safety of the entire kitchen, she says. “We’ll go into kitchens where they’ve added a piece of cooking equipment, and it’s hanging outside the hood because they didn’t upgrade the hood. We should have the equipment all the way under the hood with the proper clearances for safety.”

Whether it’s in the kitchen, food prep area or storage room, the ultimate piece of equipment is the one that really serves its users most efficiently. Or, as Bandy says, the true question is, “How can we cook the best product consistently over the course of time? To me, these pieces of equipment are what gets you there.”