Resort Foodservice is on an Upward Slope

With consumers beginning to travel for leisure and business, foodservice sales at resorts are starting to bounce back. As a result, these operators look to leverage equipment packages that can handle high volumes and diverse menu offerings in the most efficient manner possible. 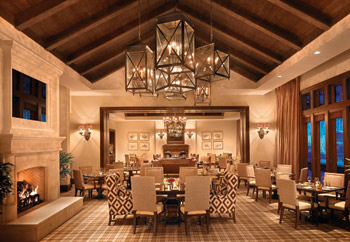 The 175-seat Apex at the Montage Deer Valley resort serves continental cuisine for 3 meals a day.With the economy in recovery mode and more Americans vacationing, the resort and hotel industries are on the upswing.

While encouraging, these numbers still fall short of record levels set in 2007. On average, full-service hotels generated $271.78 in total revenue per occupied room (POR) in 2013, up 5.4 percent from 2012. Full-service, chain-affiliated hotels checked in at $266.06 on a POR basis, while independent properties reported $335.58 last year.

Food and beverage revenue at full-service hotels is on the rise, with food increasing 3.4 percent and beverage rising 5.8 percent from 2012 to 2013. This includes all revenues derived from the sale of food, coffee, milk, tea and soft drinks at all hotel outlets.

Total food revenue from U.S. hotels grew 3.3 percent from 2012 to 2013, with 59 percent of hotels reporting increases and 41 percent posting decreases in both food and beverage revenues. Overall, food and beverage expenses increased 3 percent during this period, according to the STR Analytics' report.

Departmental expenses for food and beverage, including the cost of goods sold, labor and related benefits and other operating expenses, comprised 28 percent of total expense distribution per occupied room night, about the same as room expense distributions. Luxury hotels reported the highest amount of food and beverage expenses per occupied room night at $126.30, significantly more than upper-upscale hotels at $54.56.