VooDoo BBQ and Grill, a Louisiana-based barbecue restaurant franchise, announced plans to expand nationally after nearly a decade in Louisiana. 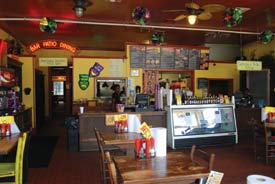 Tony Avila, VooDoo BBQ's CEO, cited a growing interest in competition-style barbecue nationwide as the reason for the expansion. Competition-style barbecue, Avila said, consists of slow-cooking pork, chicken and beef over a mix of hardwoods until the meat is tender and, traditionally, cooking with a dry rub only. Sauces, if any, are served on the side. VooDoo is known for its tangy Mojo, a Southwest-style sauce, and Crystal Mango, a Creole/Caribbean-style sauce with a touch of heat from infused peppers and spices.

The New Orleans-themed chain with a fast-casual approach to barbecue is in negotiations with potential franchisees to start large multiunit expansions in Florida, Texas and the Northeast. Last month, the chain signed a deal with a Greenville, S.C., company to open eight restaurants in the Carolinas, and VooDoo plans to open another location on the Mississippi Gulf Coast as well.

VooDoo opened its first location on St. Charles Avenue in New Orleans in 2002 and has expanded throughout South Louisiana to include 12 locations.