The global spread of the H1N1 virus has served up a trail of over-reported statistics. However, not all of the news is bad, particularly for the foodservice industry. In fact, the spread of the virus has motivated industry professionals to develop better food safety policies, facility designs, and training programs that will set precedents for those to come in the future, Here are ten lessons the foodservice industry has learned as a result of the H1N1 outbreak.

1. A pandemic shouldn't cause panic, but it is worthy of a call-to-action, defined more by geography than severity. H1N1 is a relatively mild version of the flu, but it has served as a vivid illustration of just how fast a virus can develop into a deadly strain and move around the world with rapid speed. Because pandemics can appear swiftly and spontaneously, unlike traditional flu strains that hit populations at predictable times, maintaining a consistent program for cleanliness and food safety practices at all times during the year helps to manage surprises and prevent outbreaks from spreading or worsening.

2. Even though the annual flu season doesn't seem like a big deal, it's a serious time for businesses, especially foodservice operators. The H1N1 media bombardment raised awareness that the seasonal flu kills 30,000 to 50,000 people every year. While those figures are unfortunate to be sure, the extra hype brought much–needed added attention to the importance of developing best practices when it comes to maintaining a clean, safe environment during flu season. Managers are getting a better handle on knowing when to send sick employees home so they don't sicken other staff or customers, and encouraging vaccinations to all staff members to prevent these situations in the first place.

3. One's behavior absolutely affects how fast the H1N1 and other flu viruses will spread. Getting the flu does not have to be inevitable, and can be prevented by a few simple steps: wash hands more frequently during flu season, and use alcohol-based hand sanitizers often where water is not available. In addition, stay at least three feet away from people showing any flu symptoms. . Cough and sneeze into your elbow rather than your hand. And, of course, stay home when sick.

4. H1N1 is a respiratory disease, but the potential for contamination can be significantly reduced by surface cleanliness regimens. Most people think they will contract the seasonal flu or H1N1 via the air they breathe. While this does happen to varying degrees, it is more likely that surface transfer to hands sets the stage for self-contamination. The invisible pathogens can live on surfaces for days, waiting patiently for their opportunity to transfer into our bodies by a touch of the eye, nose, mouth or the food we eat.
Also, when thinking about purchasing decisions, choose handsinks and work surfaces made of stainless steel, without excess grooves and that can be cleaned easily. Electronic faucets as well as hands-free soap and paper dispensers further encourage cleanliness and handwashing in order to eliminate serious cross-contamination potential for surfaces.

5. Deploying heightened hand hygiene standards in preparation for an outbreak is a basic precaution based on pure common sense. In fact, it can serve as a vital supplement to previously developed hygiene standards within a workplace. But the surprising thing is, most people don't go the extra mile when it comes to hygiene. As a result, these everyday hygiene responsilibities should be written down and monitored in food and workplace safety hands, even simple things like washing hands more frequently. Then, the operation can ramp up these plans during elevated risk periods. Visit http://www.handwashingforlife.com/standards for an example of these written standards businesses can develop for a safe environment.

6. Despite what your mother may have told you, cough and sneeze into your elbow rather than your hand because the potential to contaminate other people and objects before washing them is stronger that way. Thankfully, the foodservice industry has seemed to caught on to this as a way to manage flu outbreaks in workplaces. Also because foodservice staff use their hands to do everything from prepare food, exchange money with customers, and grab drinks, plates and other items, there's more potential for contamination in these environments, say that in a cubical office setting.

7. A number of foodservice industry businesses have installed alcohol-based hand sanitizing dispensers throughout their stores to encourage better personal hygiene, and provide a hand-washing opportunity when water is not available. This minimizes the spread of viruses not only to other diners, but to foodservice staff too. These sanitizers basically act as a "fence" to keep the flu virus enemy at bay as it enters a business' door through ill customers.

8. As a result of the H1N1 hype, foodservice customers seem to be more aware of food safety issues, and are joining in the fight for higher regulatory and industry standards from everyone. They also better understand their own role in protecting the dining environment as well as fellow diners, especially pregnant women. In addition, because news about H1N1 occurred around the time of foodborne illness outbreaks and recalls of ground beef, peanut butter, and other foods, the public has intensified its concern about overall food safety. Fortunately, these combined efforts have opened the door for more politicians and lobbyists to pursue stricter food safety regulations.

9. Surface cleanliness matters. At the moment, the foodservice industry relies on standards that say to clean to sight and touch, but better, stricter standards are really needed. Surface in professional kitchens, restrooms and service areas vary by large degrees, and each carry an unknown risk factor for contaminating hands, both bare and gloved. These hands in turn can contaminate the food or another person directly. Some industry professionals have sought to group surfaces by risk level as a way to prioritize them in cleaning rituals. Some HAACP plans go as far as requiring that the staff member wash his or her hands after touching a particular surface.

10. More foodservice operators have started using ATP technology, which identifies potential contaminants by detecting light emitted from living organisms. The technology then provides a read-out to staff members and managers to determine if further cleaning is needed. ATP readouts can detect the presence of Listeria, Salmonella and E. coli bacteria on surfaces and equipment in a kitchen. 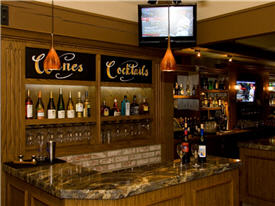 Mimi's Café, a full-service restaurant chain, developed an updated prototype that it will apply to both new and existing stores. Execs said their intent of doing so was to "upscale" a somewhat outdated look.
Stores in Southern California served as the test-model region for the company-wide changes, but to-date, 19 out of the chain's 145 locations nationwide feature the new look, including those part of an aggressive roll-out in Arizona.
The new look features updates to the exterior design, color scheme and interior decoration, such as modern artwork and custom light fixtures. This also included new awnings outside the stores, as well as fresh paint, patio screens and new signage.
A major part of the prototype model included the addition of full-service bars in each of the vamped-up locations.
The chain plans to remain on track to remodel all of its 145 locations..

Best Practices for Budgets
As the New Year begins, now's the time to revisit and perhaps retool budgets, both for capital expenditures and the day-to-day grind. Consultant Georgie Shockey offers her tips on how to do just that. 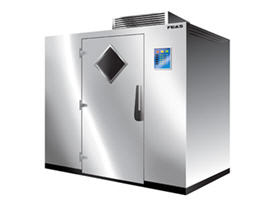 When to Replace
Tips on preventative maintenance and how to know it's time to replace that walk-in.

Combi Ovens
We'll take a closer look at combi ovens by reviewing what considerations operators need to weigh before making a purchase.

BLOGS
Foodservice By Design
Are you really green? FE&S Blogger Juan Martinez asks his foodservice industry readers to re-examine their efforts to build, purchase, operate and serve in more environmentally-friendly ways, to avoid looking like another "greenwashing" business.