A quartet of company executives have completed the acquisition of Mobile Fixture from Walne Donald Jr., the longtime owner of the Alabama-based foodservice equipment and supplies dealer. In addition to continuing in their current roles, president Ben Whitlock, chief operating officer Keith Murray, director of sales Chris Pacey and chief financial officer Leigh Thompson now own the company.

Donald Jr., who joined the company fresh out of college in 1986 and eventually acquired the last of its shares from his father Walne Donald Sr. in 2006, will remain with Mobile Fixture in a consulting role for the next five years. “We didn’t want him to walk away entirely,” Whitlock says. “He is a huge asset, and we want him there to answer questions for us. Walne’s been great because he’s ready to answer questions that we did not know we need to ask until now – day-to-day things that come up in our industry.” 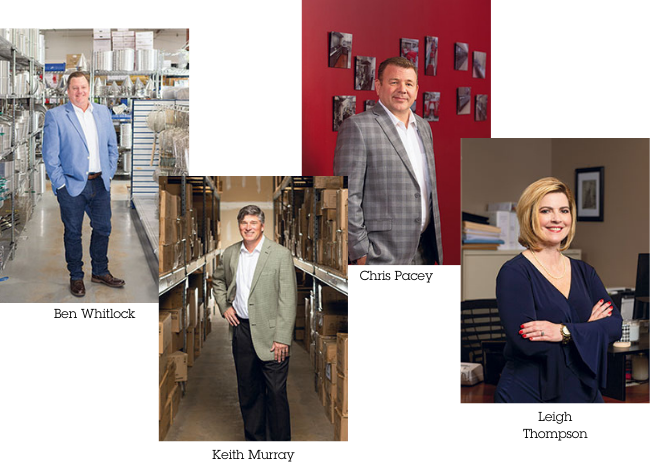 The plan for Donald Jr. to sell the company to the four new owners has been in the works for years, with the first discussions taking place in the fall of 2015, per Whitlock. Naturally, the events of the past two years made those plans take a little longer than originally anticipated. “In 2019 we had a plan in place to complete the buyout at the end of 2020. When Mobile Fixture was named FE&S’ Dealer of the Year in 2020, we thought the timing to complete the deal was great. Then COVID hit. Two weeks after COVID hit, the five of us agreed to put the sale of the company on hold and to focus on managing sales and expenses. When business began to slowly improve in January and February of 2021, we started the dialogue again. We had the structure in place, so it was a matter of working out the fine details.”

The decision to sell the company to existing management stands out in a marketplace where mergers and acquisitions, often fueled by private equity firms, has been common in recent years. “Walne could have done that for decades, but he always believed in one day passing the company to the employees,” Whitlock says. “He was proactive about this. Walne wanted to make sure the company continued as a family-run business. Most of us have all worked with the company for more than 20 years. We all have quite a bit of years left in our careers to see where we can grow it.”

It’s that same structure that should serve as a foundation for Mobile Fixture as the company enters this new ownership era. “Everyone says nothing is going to change when there’s new ownership. In our case we really mean it because we’ve been handling day-to-day operations behind the scenes for a few years,” Whitlock points out.

While excited about this next chapter in Mobile Fixture’s history and their careers, the new ownership team heads into 2022 with one eye on the here and now and another on the future. “We feel that 2022 will be better than 2021,” Whitlock says. “Every day is going to be a grind, but we have become used to the uncertainty this industry carries during these times. We know what 2022 will be like and while we have to focus on that, we also need to start formulating an idea of what 2023, 2024 and 2025 will look like.”

In the interim, Mobile Fixture must contend with ongoing supply chain challenges, just like every other foodservice equipment and supplies dealer in the country. “It’s the same for us as anybody else,” Whitlock says. “One advantage we have is our model includes segments like design-build, smallwares, street sales and government. We still deal with the same supply chain issues, but our sell cycles in our divisions differ greatly. Where it has pinched us is more on the street sales when a customer has an immediate need for a two-door refrigerator and the lead time is 26 weeks.” 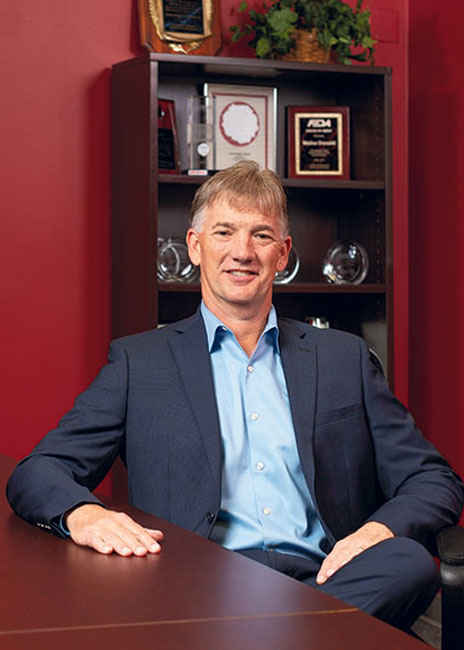 Walne Donald Jr.Mobile Fixture has five locations that stock inventory, which the company feels can help solve some supply chain challenges. “We can inter-transfer to all of our branches and get the customer their equipment quickly,” Whitlock adds.

Indeed, despite the challenges the industry faces, the new owners of Mobile Fixture remain bullish on the company’s future. “Walne took the company from a few million dollars a year to $53.98 million in sales in 2019 [making Mobile the 31st largest dealership in the country per FE&S 2021 Distribution Giants Study], and he wanted to see it live on in that same structure,” Whitlock says. “The four of us want to prove to ourselves that we can make the company as successful as it has been and then take it to $100 or $200 million on our own — without the backing of private equity or being part of a conglomerate.”