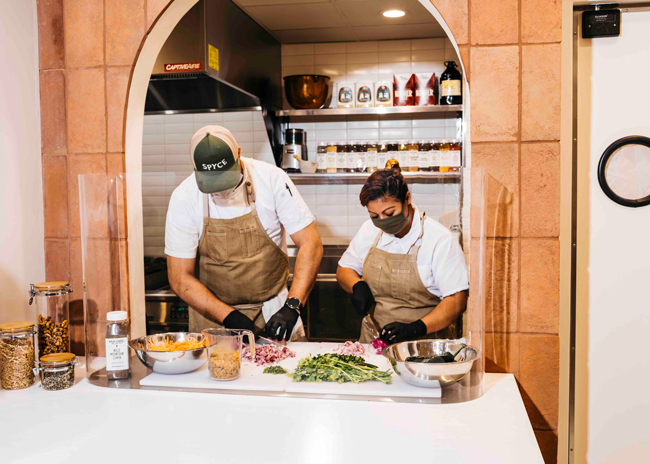 Spyce Aims to Take Automated Kitchens to the Next Level

The concept of robotics is not a new one in the foodservice industry. In fact, earlier this year, quick-service restaurant chain White Castle began testing robots that can flip burgers and tend to its fryers, while working alongside the restaurant’s staff. Spyce, a Boston-based, delivery and pickup concept, has developed a new approach that automates the meal cooking and assembly process.

Known as The Infinite Kitchen, this approach strives to balance the core elements of cooking technique, measurement and timing to serve customers meals that are fresh, accurate, tailored to their needs, and ready in minutes.

Here’s a quick overview of how the process works from food prep to the time customers order their food until the point where they take delivery of their meals.

Although some of the process is automated, Spyce will still have a staff of three to seven people, including those that handle food prep. (This does not include delivery drivers. More on them in a minute.) “All ingredients are prepped by hand,” says Michael Farid, CEO and co-founder of Spyce. “And it all happens in the restaurant’s back-of-house area, which is open for all guests to see.” Interestingly, despite automating the ordering and cooking process, the more hands on approach to food prep has led to headcount increasing slightly, he adds. 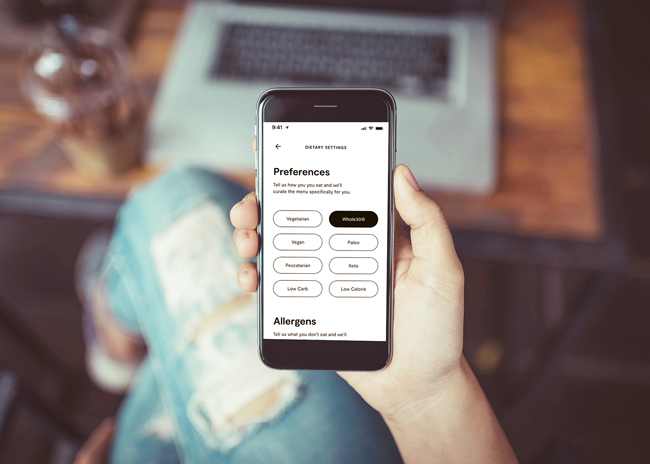 The process begins with customers placing an order via Spyce’s website, app or by using an in-store kiosk. Spyce made the menu dynamic to meet various diet and allergy requirements. Guests answer an initial prompt and the entire menu adjusts in real time to meet their preferences, including eight major allergens and eight major diets such as vegetarian, vegan, Whole30, keto, low carb, low-FODMAP and gluten-free. Customers can then customize any aspect of their bowls or salads to suit their tastes, down to the amount of sauce or dressing, and the level of spiciness. 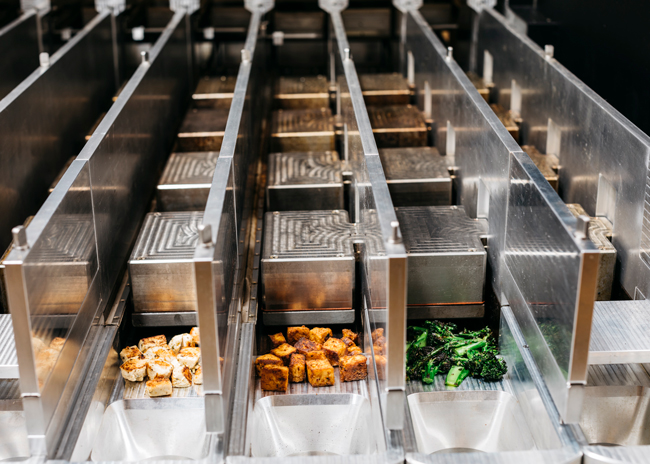 Once a guest places an order, The Infinite Kitchen system will portion out the appropriate amount of each ingredient. Proteins and some vegetables, for example, get dropped onto to robotic plancha that’s divided into lanes. Each lane cooks the food at the temperature that’s appropriate for that specific ingredient, says Jeff Tenner, Spyce’s vice president of food and beverage. The plancha will also move the food toward the end of the unit the equipment guides it into the waiting container. The Infinite Kitchen’s system also signals other equipment, such as the automatic steamer, when it is time to cook grains and pastas before portioning them into the corresponding order’s food container. 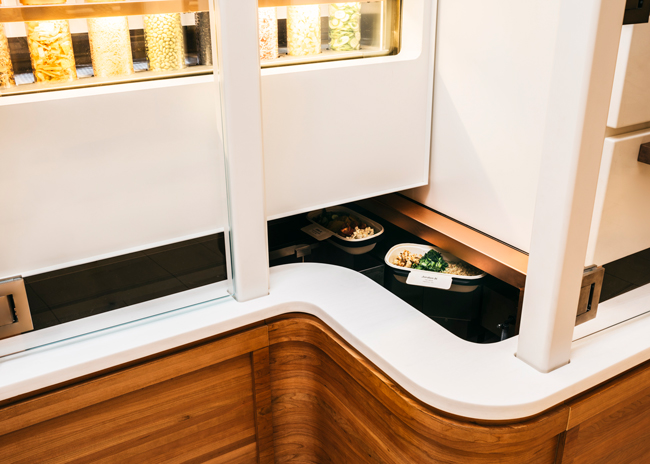 After The Infinite Kitchen adds the hot items, the food container travels down the line where the system will add the appropriate sauces and cold items to complete the order. The system closes the food container, preparing it for what comes next. 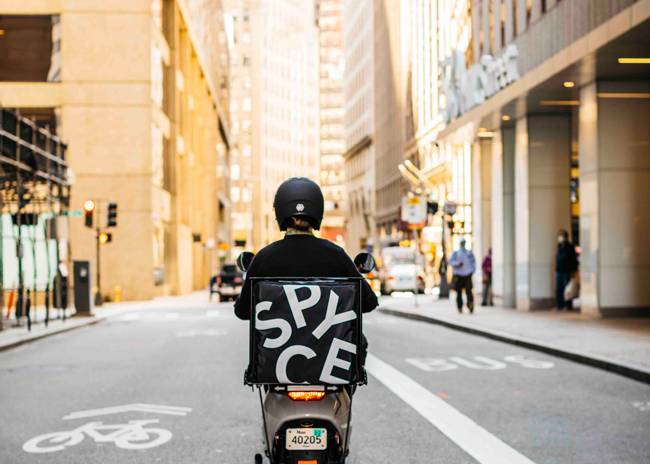 In terms of delivery, Spyce employs a team of drivers that will transport the food to customers via the restaurant’s fleet of electric Mopeds. Farid could see Spyce having as many as 20 delivery drivers on the road. The food travels to its final destination in two compartments: one for hot items and another for cold items. Customers also have the option of picking up their orders. 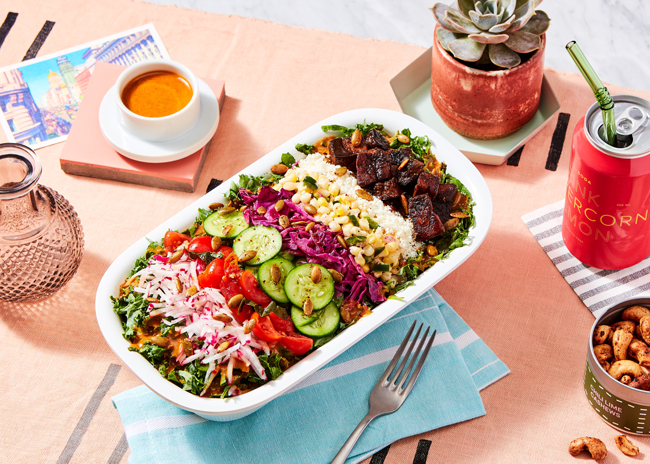 The automated the cooking and assembly process did not come at the expense of food presentation. Rather, the colorful menu items do a decent job of showcasing the various ingredients included in each order.

Spyce’s initial delivery radius will cover Boston’s Back Bay with more neighborhoods to roll out in the coming weeks, per a release. Spyce plans to open a second location in Cambridge’s Harvard Square neighborhood as the first step in the company’s expansion plan.

While The Infinite Kitchen is new, Spyce has been around since 2018. It was founded by four self-described really hungry MIT students (Faird, Kale Rogers, Luke Schlueter and Brady Knight) who all played on the school’s water polo team. As athletes they had a desire for healthier meal options that also met their expectations for taste. The quartet, now known as the Spyce Boys, were “robotics obsessed” engineers that eventually brought their culinary vision to life with the opening of their first restaurant.