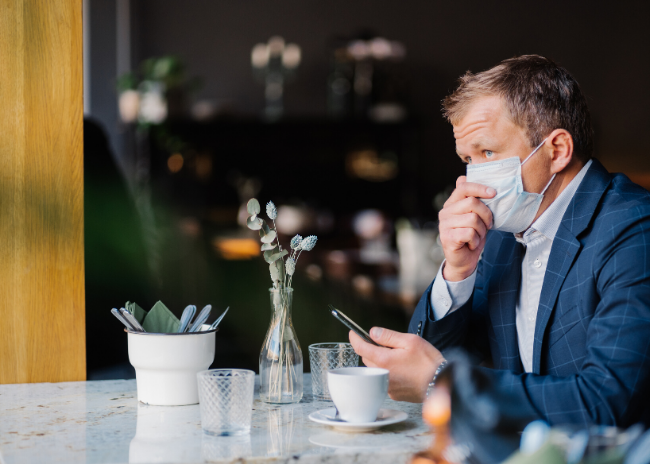 Bump in the road or a sign of things to come, only time will tell which is true but as the number of COVID-19 cases increased over the past week, transactions at restaurants and bars dipped slightly.

For the week ending June 21, transactions at restaurant chains declined by 13% compared to the same period in 2019. This performance was 1% worse than the previous week and marks the first time since April 12 that the year-over-year sales metric did not show week-to-week improvement.

NPD Group attributed the setback to a variety of factors, including the Father’s Day holiday, which tends to be more a dining at home occasion than a restaurant dining event. But Father’s Day is likely secondary to the fact that many states around the country continue to report surges in COVID-19 cases. In fact, per NPD Group, the states with the higher numbers of new cases reported some of the bigger decreases in year-over-year restaurant transactions.

“The U.S. restaurant industry’s road to recovery is going to have some bumps along the way,” says David Portalatin, NPD food industry advisor. “The pandemic isn’t over and, as often mentioned, is unprecedented, so there is no road map. The foodservice industry is solidly in the restart phase as restaurants begin to reopen on-premises operations, adopt and implement new procedures and protocols, and keep plans fluid because things could change quickly.”

Take, for example, Arizona, which saw a surge in cases and a 5-point decline in transactions at chain restaurants, per NPD. Restaurant transactions in Florida, Nevada and North Carolina, all of which reported spikes in COVID-19 cases, declined 2 points, 4 points and 5 points, respectively. Interestingly, though, transactions in California and Texas, both states reporting a large number of new coronavirus cases of late, were flat compared to the previous week.

The percentage of restaurant units that can reopen dine-in operations increased to 79% in the week ending June 21 versus 74% in the prior week.

The slight slowdown comes during a period where various governments have begun to roll back their reopening plans to thwart the spread of COVID-19. For example, Texas closed all bars and restaurants must now operate at 50% of indoor capacity, compared to 75% as recently as last week. California took a more targeted approach, shutting down bars in seven counties, including Los Angeles, that failed to reduce the number of new coronavirus cases. And seeing the spikes in cases from other states, as well as images of crowds packed into outdoor dining venues and bars, led Governor Phil Murphy to hit pause on New Jersey’s plans to reopen indoor dining later this week.

Some restaurants did not wait for governments to act in response to the surging COVID-19 cases. For example, on June 24 the Kolache Factory closed its dining rooms and reverted back to offering only carryout, curbside, drive-thru and delivery service at its 26 corporate stores, which include units in Texas, as well as Kansas and Indiana. In addition to closing its dining rooms, the Kolache Factory closed its self-serve beverage stations to customers, instead having employees serve drinks to customers from the counters. The chain also designated its restrooms for employee use only, making an exception for first responders. In announcing its decision, the chain cited the surging cases in Texas as a key reason for initiating these steps.

Perhaps this is because consumers are starting to become less fearful of COVID-19 and more cautious. For example, 82% of consumers said they know which precautions to take and how to stay safe from COVID-19 exposure, according to Datassential. And 60% of consumers say that COVID-19 precautions have become second nature to them.