On the eve of kicking off its centennial celebration, the National Restaurant Association is making plans to find a new president and CEO. 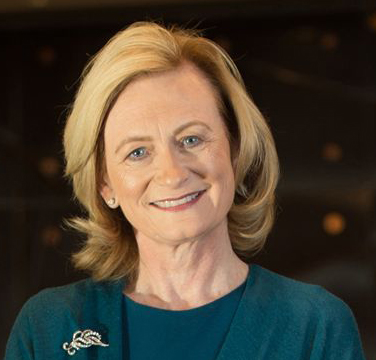 Dawn SweeneyThat’s because Dawn Sweeney, who currently fills the role for the Washington, D.C.-based association, plans to retire when her contract expires at the end of 2019. In the interim, Sweeney will continue to execute her duties as president of the NRA and assist the association’s board of directors in the search for a new CEO.

Sweeney came to the NRA in 2007 after having served as president for AARP Services, the taxable subsidiary of AARP. During Sweeney’s tenure with the NRA, membership has grown by almost 50 percent, per a release announcing her retirement. In 2018, she led the largest business transaction in the history of the organization with the creation of an equity partnership with Winsight Media and the operational sale of the National Restaurant Association Show.

“She has unified our industry, expanded our impact, heightened our effectiveness, and navigated a number of significant public policy challenges,” said Joe Essa, 2019 association chair and president and CEO of Wolfgang Puck Worldwide. “The organization is well-positioned to continue to fulfill its mission to advance and protect the industry and has a strong foundation on which her successor will build.”

Prior to her time with AARP Services, Sweeny worked for almost a decade at the National Rural Electric Cooperative Association and began her career at the International Dairy Foods Association. Sweeney is active in several organizations, including the Women’s Foodservice Forum, Save the Children and the Bryce Harlow Foundation.