At research firm Datassential’s Foodscape conference, experts discussed the increasing prevalence of robotics, automation and even artificial intelligence in chain restaurants and other operations. While these potential technological advancements are suitable for more repetitive jobs like flipping burgers, they open up a need for more tech-savvy employees who feel comfortable working alongside these machines and can also focus on higher level tasks, like menu development and operational management.

Pros and Cons of Robots in Foodservice 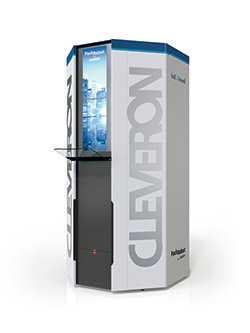 As retail and grocery chains explore automated food lockers, where consumers can retrieve purchased goods from a centralized location, the potential to add food drop-offs from restaurants makes the automated locker idea even more intriguing. Some of these lockers have specialized temperature and humidity settings to ensure the preservation of fresh food. Vision systems can also perform high-speed scanning and even measure the pH value of food, for example, to determine the ethylene levels of fruit and make adjustments to the environment to prevent spoilage. With the expense of delivering to doorsteps escalating, restaurants could turn to these locker systems as a way to cut down on costs. The challenge to manufacturers is to introduce hot-holding technology for these systems so they maintain the freshness and temperature of cooked food.
Source: Datassential, Bell & Howell 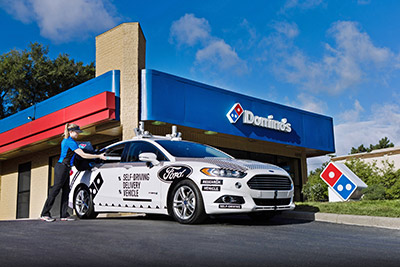 Domino’s continues to explore drones — essentially flying robots — for delivery potential after launching a drone delivery test in New Zealand in November 2016. Since then, the pizza chain has added self-driving robots to the mix, which deliver Domino’s pizzas in Germany and the Netherlands.

In the U.S., Domino’s was set to begin a five-week test program in Ann Abor, Mich., in early September via a partnership with Ford Motor Co.  An engineer and a driver will be in the specially equipped, self-driving Ford Fusion car during the test phase, but customers will interact with the vehicle to collect their pizza.

Robots Man the Grill at CaliBurger

West Coast burger chain CaliBurger took a giant leap in the robotics arena by investing in the production and installation of a burger-grilling robot. The California-style burger chain will use the robot in at least 50 of its restaurants over the next two years, per the agreement, and has begun testing it in a Pasadena, Calif., site. The automated “kitchen assistant” has a robotic arm or “sensor bar” that takes in data from thermal sensors, 3D sensors and a series of onboard cameras to “see” the grill and know which burgers are ready to be cooked or sent out to the customer.

Using various tools attached to the arms, such as grippers, tongs and scrapers, the robot grabs burger patties, positions them on the grill, tracks cook times and temperatures, and alerts staff to perform the next steps, such as adding cheese or other toppings.