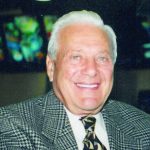 Shelley FeldmanShelley Feldmen died April 24, 2017. The 90-year-old Feldmen’s career in the foodservice industry spanned more than 60 years and included working as an operator, consultant and manufacturer.

Feldmen founded foodservice consulting firm Shelley Feldman Associates later in his career, where he remained until his retirement. He also served as president of foodservice equipment group McGraw-Edison Corp., as well as executive VP for Alco Foodservice Equipment Group. He also started a multi-state chain of snack-bar concession stands as well as several restaurants.

Additionally, Feldmen held several roles at The National Association of Concessionaires, including president, board member and director of education.

He is survived by his wife Elinor; sons Lawrence, Robert and Richard and their mother as well as two grandchildren.

The family will be holding a private Celebration of Life service.