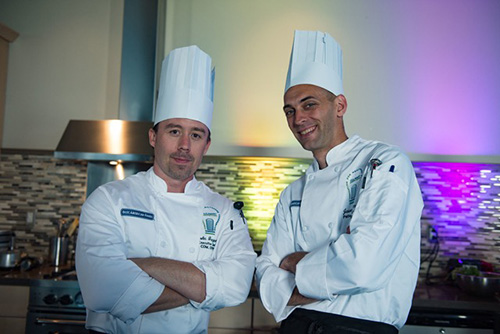 The winning dish had to fit within the competition’s stated nutritional guidelines — cost less than $8 to produce, taste delicious, and be appropriate to serve in a facility on regular menu rotation, whether retail, catering or patient feeding. These teams and their dishes were judged on organization, culinary skills, taste and presentation.