As Chinese cuisine has become mainstream in the U.S. chefs focus on regional, authentic renditions of heritage dishes while quick-serve chains change their look and ramp up growth.

FE&S: Can you describe Szechuan and other popular regional Chinese cuisines? 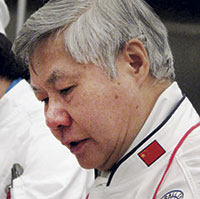 Luke YenLY: Szechuan cuisine is found in the South-Central part of China where seafood is not readily available — any seafood dish on the menu in that area is considered a gourmet dish. The cuisine was developed before we had the ability to mine for salt, so they began using chili peppers, soy sauce, and preserved meat. Compared to the Cantonese style of cooking, Szechuan uses more meat in dishes and it does not use starch for thickening — instead the cooking liquid is reduced by high heat. The food of this region is spicy, aromatic, tasty, and retains a high-nutrition value. Key ingredients for Szechuan cooking are cloves, curry, fennel seeds, licorice root, spicy ginger, star anise, bean paste, hot peppers.

Other popular regions for Chinese cuisine are Guangzhou, Shanghai and Beijing. The Shanghai region is located in the Central-Eastern part of China where seafood is plentiful. Utilizing its natural resources, seafood dishes are very common. Another notable cooking style coming from Shanghai is the one-meal dish, which uses cured meats paired with marinated fresh meats such as chicken and pork. Beijing, on the other hand, does not have a distinctive style of cooking, although it has a mix of cooking styles to create its own.

FE&S: What are some key Chinese cooking techniques for different regional cuisines?