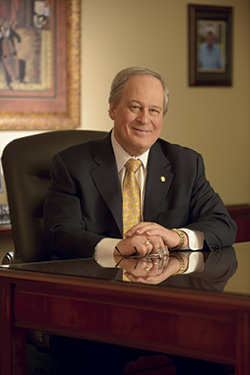 Roger KauffmanThe company’s longest tenured employee, Kauffman began his career at EMR in 1964 when he was hired to fix household appliances, including electric razors and window fans, and 50 years later he is the company’s president. The Kauffman family has a rich history at EMR that spans three generations. Kauffman’s father, Harry Kauffman, first joined EMR in 1946, and later introduced his son to the company. Today, Roger’s daughter Caroline Kauffman-Kirschnick is the company’s branch operations manager in Baltimore. In addition to his service to EMR, Kauffman has held leadership positions within the Commercial Food Equipment Service Association and in 2006 he received FE&S’ Top Achiever-Service Agent Award