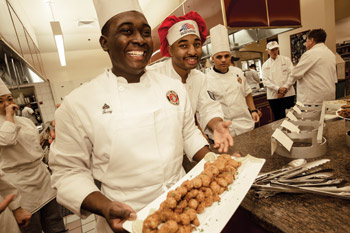 The 2013 Armed Forces Forum for Culinary Excellence program's goals included honing participants' culinary and foodservice management skills and inspiring future careers in the restaurant and foodservice industry. The participants are recipients of the foundation's excellence in foodservice awards and represent the U.S. Marine Corps, U.S. Air Force, U.S. Navy, Air National Guard and Air Force Reserves. The restaurant industry employs more than 250,000 military veterans, according to the NRA. In the next 5 years, the NRA projects the number of additional employment opportunities to increase by 25,000. 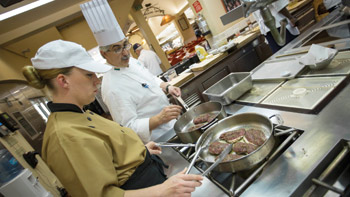 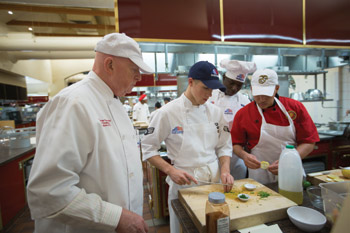