Former Dunkin' Brands and McDonald's executive will look to accelerate the growth of the Southern California specialty coffee and tea retailer. 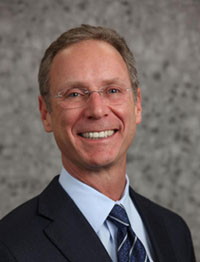 John Dawson John Dawson will become president and chief executive officer for The Coffee Bean & Tea Leaf, effective January 1, 2014. Dawson replaces Mel Elias, who served in that role since 2008 and will assume a position on the company's board of directors.

Dawson joins The Coffee Bean & Tea Leaf from Dunkin' Brands, where he held various positions over the past eight years, most recently serving as the global development officer of Dunkin' Donuts. Prior to joining Dunkin' Brands, Dawson served as vice president of worldwide restaurant development at McDonald's Corporation.

This transition comes on the heels of venture capital firms Advent International, CDIB Capital, and Mirae Asset Private Equity joining together to acquire a significant equity position in The Coffee Bean & Tea Leaf in September.