Robots and restaurants were very much in the news this week. Artificial intelligence guides a robot to handle takeout orders. More consumers are buying breakfast beverages and snacks as people give up remote working and return to their employers' facilities. And McDonald’s has begun market testing a chicken version of the Big Mac. These stories and more This Week In Foodservice.

More news on robots in foodservice with the “Wall Street Journal” covering a robot that doesn’t greet customers or bus tables. Nor does it make french fries or grill hamburgers. This robot answers the phone and uses artificial intelligence to book reservations and handle takeout and delivery orders. The new robot doesn’t get flustered when business gets hectic and always has a pleasant deminer. 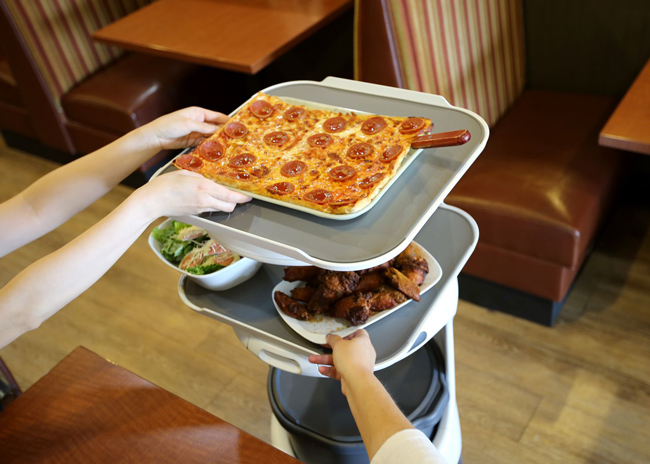 Popular Maryland-based pizza brand, Ledo Pizza, introduced an autonomous robot at the brand's West Springfield location in June of 2022. Image courtesy of Ledo PizzaStill the tool has critics who think there are some customers who will prefer to deal with a live person for situations like food allergies and special needs guests. There are also unanswered questions about customers with heavy accents and other variations.

Making a major commitment to the new idea is well-known restaurateur Danny Meyer, who has invested $10 million through his investment firm, Enlightened Hospitality, in ConverseNow, which makes voice-bot systems and has its technology in 1,200 restaurants, including Domino’s, Fazoli’s and Blake’s Lotaburger. Meyer, founder of Shake Shack and a host of New York restaurants, has stepped down as CEO of Restaurant Square Hospitality, his restaurant company. He will join the board of ConverseNow.

While it is hard to predict the path robots will take, many in the foodservice business contend that over 80% of the jobs in restaurants could be done by technology. But not all robot applications have been successful. Chili’s has announced they are “pausing” their Rita the Robot system after evaluating various technology projects to determine their benefit as well as the cost and effort. It would seem Rita, which sat guests, delivered food and sang happy birthday, was unsatisfactory in one or both areas. But be sure to note that Chili’s said they were pausing Rita not discontinuing her.

For the most recent comparable store sales of publicly held restaurant chains, please click here for the latest green sheet.