Over the past 20 years, Dan Rowe has built New Alexandria, Va.-based Fransmart into one of the largest restaurant franchise development firms in the world. His specialty? Finding the next big thing in emerging brands and shepherding them into the world of franchising. He’s sold more than 5,000 franchises worldwide and helped brands including QDOBA Mexican Grill, Five Guys Burgers and Fries, The Halal Guys and others grow from small, multiunit operations into powerhouse chains. 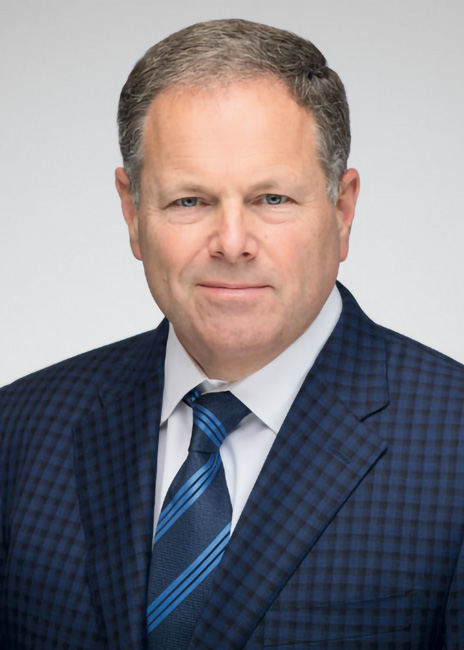 Dan Rowe, CEO, Fransmart New Alexandria, Va.Rowe has also spent time in the trenches and on both sides of the restaurant investment spectrum. He’s been a multiunit franchisee, master franchisee, franchisor, angel investor and private-equity fund managing partner. In addition to his role with Fransmart, he’s currently managing partner at The Kitchen Fund and FranInvest, which have invested in fast-casual darlings such as Sweetgreen, Cava, by CHLOE., Slapfish and Curry Up Now. He also serves on the National Restaurant Association’s board of directors, where he chairs business strategy.

Suffice to say, when it comes to spotting and understanding what’s trending in the chain restaurant world, Rowe has got some chops. With ghost kitchens and virtual brands creating such a frenzy in the industry right now, he shares his take on the direction of it all, which differs from the masses.

Q: Let’s start with third-party ghost kitchens. What’s your 30,000-foot view of the current levels of activity and investment in the space?

A: I’m seeing a lot of confusion and a lot of fervor. There’s so much equity chasing this space right now and a lot of people who don’t necessarily understand the business creating a lot of buzz. Many of these companies come out of Silicon Valley. They’re propped up by private-equity capital and people telling a good story — people who don’t understand that it’s still about feeding people and about unit economics. The private-equity folks are used to low-percentage, high-payoff deals. For them, that’s OK. But restaurants can’t do that. If you have a lot of losses, you’re out of business. So, despite all the buzz, I’m a bit of a contrarian. We’re customers of ghost kitchens and we actually invested in one as well, but not one of them is living up to the hype.

Q: What is it about their model that you feel falls short?

A: Initially, third-party ghost kitchens’ big selling point was that traditional restaurants weren’t engineered for off-premises sales. Ghost kitchens that got in early and got a foothold saw opportunity because that was indeed the case, particularly for delivery. Well, guess what? That’s no longer true. Everyone had to pivot really quickly to become experts at off-premises, and not just QSRs and fast-casuals but casual dining too. The Cheesecake Factory is a great example. It’s now doing about a third of its volume in off-premises sales.

Marketing is also an issue. Ghost kitchens have to become very good at marketing in order to create sufficient inflow of business, and none of them has done a great job with that. Established restaurant brands do a better job of marketing their brands on their own. And every one of them is working hard to market and get customers to order directly versus going through third parties to improve profitability. So, there are a lot of competing forces going after their share of the pie. And the pie’s not as big as the buzz would have us think. In every place where one of our brands is a customer in a ghost kitchen, the sales are about half of what the brand was originally told to expect.

Still another concern is the fact that although now most of the ghost kitchen companies are using established brands that have credibility with consumers and equity in the marketplace, they’re increasingly trying to develop their own virtual brands. They’re learning the ropes and don’t want to pay royalties, so again, there’s inherent conflict. The ghost kitchen guys don’t really want to market third-party brands as much as they want to grow their own.

Q: But you do see some redeeming value in using ghost kitchens in some instances.

A: Sure, when it’s part of a bricks-and-clicks strategy. Including ghost kitchens or delivery-only units as a development strategy makes a lot of sense for brands testing new markets or going after market penetration. If I’m going into Canada for the first time, for example, maybe I’d partner with a ghost kitchen in Toronto. But I’m going to invest in a lot of marketing, on top of what the ghost kitchen will do, to build trial and awareness of my brand. Eventually, I’m going to open a store there, but using a ghost kitchen enables me to create some buzz and let people try my product. The ghost kitchen isn’t going to push to win awards for me; they’re going to push to win awards for their own brand or brands. As long as you’re using them the way that they’re using you and understand how the game is played, ghost kitchens can be a good idea.

I do think it’s a good idea for maybe 10% to 20% of the players. The idea of doing incremental sales and building awareness makes all kinds of sense, but ultimately, brands are and should be figuring out how to do it on their own.

Q: Like ghost kitchens, traditional restaurants are jumping on the virtual brand craze. What’s your outlook on the market for these new brands whose menus and marketplace presence exist only online?

A: I’m not a fan of clicks with no bricks. I love the idea of casual-dining restaurants coming up with new brands to sell for delivery, for example. But it really only makes sense if they do so by utilizing excess capacity in their existing kitchen facilities. Building ghost kitchens or working with third parties in order to launch virtual brands makes no sense. If you have excess capacity and you’re already doing delivery, which pretty much everyone is, sure, let’s create new concepts and sell them online. But the smartest move is to leverage your existing infrastructure.

Virtual brands are also another case where private equity companies have come in and created a feeding frenzy. But most pure, online-only virtual brands will fail. They’re just empty, soulless concepts. They might have some buzz and a social media following, but when consumers click through to try to find where and what they really are, they quickly realize they’re just pretend brands. They might give them a try, but are they really going to come back to them again and again? It’s probably too early to tell, but I think a lot of these will fall into the fad versus trend column.

Q: What are you seeing among franchisees? Is the purported low-cost appeal of ghost kitchens drawing broad interest?

A: We’ve had a number of franchisees who have tried the ghost kitchen model but aren’t doing it anymore because the sales just weren’t there. They realized that after paying the brand royalty, plus third-party delivery and ghost kitchen fees, it’s much more profitable to do their own bricks and clicks. It doesn’t matter how low the entry costs or operating costs are; if you don’t have enough top-line volume, the math doesn’t work. And that’s where a lot of the ghost kitchens fall down. They make big promises, and it all looks good on paper — you can come into a new market for half or a third of what it would normally cost and a lot less hassle with permitting, etc. But over the past two years, a lot of franchisees have realized it just doesn’t pencil out the way that they were told it would.

Q: Looking five years out, what’s your prediction for where this is all headed?

A: Ultimately, I believe that virtual brands will still be part of the mix, and we’ll probably see more of them as operators learn to utilize them as low-cost ways to generate incremental volume. Chains using virtual kitchens to enter and penetrate markets will still make sense too. But 90% of the third-party ghost kitchen companies will have fallen by the wayside because chains will have figured things out on their own. Every CEO I know is already building restaurants to do more volume in less square feet and with fewer employees. They’re planning for two-thirds of their sales to be off-premises and are engineering their facilities to handle that without third parties.