If you know Scott Reitano, you know his laugh — it’s easily heard from across a room. “Scott has never entered a room and not owned it immediately,” says friend of 34 years and design principal Chris Wair, who joined Reitano Design Group (RDG) in 2017. 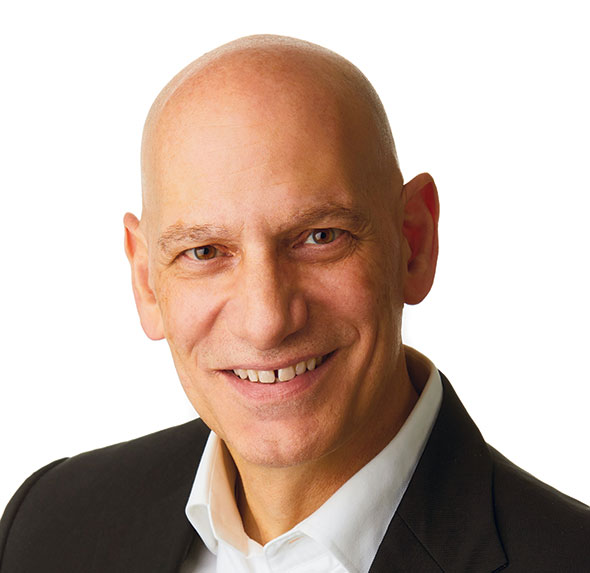 This past year, unfortunately, Reitano has laughed a little less. A beloved, longtime team member left the firm in the middle of a busy growth period. Shortly after that, his longtime friend and newest hire, Nick Andersen, died after a brief battle with cancer.

“If you were to ask me, ‘Who is Scott Reitano?’ I would answer that question a little differently a year ago versus today,” Reitano says. He has emerged from what felt like “four straight seasons of winter” with a new team and a new take on life. In fact, the firm had a record year of revenues in 2019.

“To answer your question today about who is Scott Reitano, it’s my people, my team, my family,” Reitano says. Not one to talk endlessly about himself, he instead points to the others around him as the reason for the firm’s success. Reitano has also never been shy about his faith, putting God, family and work in that order.

The Reitano Design Group has come a long way since November 2004, when Reitano, then the president of a Cleveland-based manufacturers’ rep firm, bought the design firm after the owner — and friend — died. Back then it was just Reitano and a draftsperson. Today, after a few employee shifts, the firm includes Reitano and Wair, along with Bronson Lipinski, project manager, who joined in 2015 and works out of Toledo, Ohio; Marco Ladron de Guevara, a building information modeling (BIM) specialist who joined two years ago; Jonathan Nikiel, a project manager out of Chicago who joined the firm in 2019; Kim Morales, project coordinator, who came on board in 2019; Don Kehrt, senior project manager, who was a longtime kitchen equipment contractor in Indiana; and Michelle Brackett, who serves as an executive assistant for Reitano.

“At what seemed like the drop of a hat, we gained 60 years of foodservice industry experience,” Reitano says. “We aim to be a regional force and a national voice. ‘Regional force’ is a reference to our diverse project portfolio throughout the Midwest, and ‘national voice’ refers to our business strategy and my desire to change the way we feed our children on more of
a national level.”

Reitano’s firm is perhaps most synonymous with school foodservice, although projects span other segments as well. Reitano estimates that more than 60 percent of projects are primary education (pre-K through high school) foodservice, while the rest of their design work includes healthcare, hospitality, corporate dining and higher education.

The school foodservice focus literally comes out of a passion for helping children. “I stone-cold love kids; if you put me in a room with adults and kids, I’ll be playing with the kids,” says Reitano, who’s known to host monthly breakfast club meetups for his daughter and friends and admits he still feels like he’s 15 years old in his heart.

“Scott really is the most passionate guy I have ever known when it comes to school foodservice; he is generally seriously focused on making sure kids are fed right and making sure our designs reflect that,” says Wair.

“Our dive into enticing children to eat healthier was a response to former first lady Michelle Obama and the USDA’s government directive to ‘serve healthier lunches,’ ” Reitano says. “I did not agree with just regulating what each school district put on the tray. For example, if the government regulations call for a whole grain crust and nobody eats the whole grain crust, that is not a win. We have the opportunity to entice our children to eat healthier without being the ‘food police.’ Through this, they begin to make healthier food choices. This can make a major impact on their health throughout their lives.”

Setting out fresh fruits and vegetables at the beginning of the line, introducing fresh food and other strategies help with this, Reitano says, and it helps reduce food waste down to nearly zero. “My understanding of kitchen flow, and just as important, the flow of customers through the servery, is based on one concept that I learned the day I walked into this side of the business: Follow the food. In the kitchen, everything should make logical sense. It should be efficient and worker-friendly. In a servery, how we present the food matters. Kids and adults eat with their eyes. Where we place the food is key to enticing children (and all folks) to eat healthier.”

Though Reitano speaks to kitchen flow and food presentation internally and with his clients, he actually does not do the sketches or drawings, but rather, focuses on leading his design firm and setting his team members up for success.

“Scott is not a micromanager; he trusts we’re doing what’s best for the company and our clients,” says Wair.

The firm is also all about working hard and playing hard. “What I love best about working for RDG is being able to work with people who really care about what we do and make it fun along the way,” says Lipinski.

Ladron de Guevara points out how Reitano is known to ask about one’s family and personal life before getting down to work. “I enjoy working with him because of his positive energy and the strong convictions that he brings to everything he does,” he says. “And because of the way he takes care of his employees and lets us know we are valued members of the team —he treats us like family.”

Says Nikiel: “Scott always seems to mention something along the lines of ‘If we take care of each other, and take care of our clients, the rest will take care of itself.’ ”

While work family is dear to Reitano, even more important is his real family. In fact, the start of his business coincided with another happy occasion — the birth of his daughter, Mary Rose. “We were married 11 years, and the doctors told us we weren’t going to have any kids, but then a miracle happened,” Reitano says, adding that Mary Rose is also the first girl in five generations of his family. A true #girldad, Reitano also coached his daughter’s soccer and softball teams.

Most recently, the firm has expanded its presence in Chicago, thanks to Nikiel. Projects include a few North Shore high schools as well as a shiny new food hall, Farehouse Market, operated by Quest Food Management out of the old Montgomery Ward warehouse. Beyond an exciting multiconcept venue, RDG designed a production kitchen in the basement of the historic building to support the various food concepts on the first level and a catering operation.

To sum it all up, Reitano thinks back to the last conversation he had with the late Andersen. “He was standing in my office and we were having a conversation about business strategy and life,” Reitano says. “I said, ‘Wait a minute, I actually think being nice is a solid business strategy.’ Nick responded, ‘I know, right?!’ ”

How he approaches change: “Willingly. Change is always happening; accept that fact and embrace the journey.”

Influential life experience: Working with his father for more than 13 years

Career mission: To work with people he loves