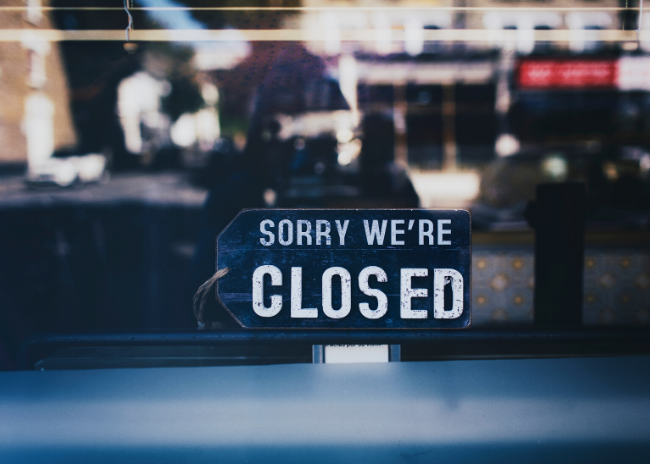 With COVID-19 cases surging across many parts of the country, could one restaurant segment have an operating advantage over another for a while? Possibly.

When COVID-19 turned the nation’s network of restaurants into a web of ghost kitchens, quick-service operators were in position to benefit right away. And thanks to so many states reporting surges in positive coronavirus cases, QSRs seemed poised to cash in again as the overall operating environment for restaurants continues to become more and more complicated.

First, let’s start with the data. Despite a surge in positive cases throughout much of the country, customer transactions at restaurants bounced back the week ending July 5, per data from the NPD Group. Posting a year-over-year decline of 10% represented a 4-point improvement compared to the previous week, per NPD. As more states began to reinstate restrictions on restaurants and bars, quick-service restaurants were the primary reason for the improvement.

In fact, among quick-service restaurants, customer transaction declines improved by 4 points from the prior week’s decline of 13% versus one year ago. Full-service restaurants, in contrast, continued to struggle, with customer transactions dipping 30% compared to year ago. This is a 5-point decline from the prior week, according to NPD’s CREST Performance Alerts.

“We are entering a new phase of the restaurant industry evolution: the divergence of quick service restaurants and full service restaurants,” says David Portalatin, NPD food industry advisor and author of Eating Patterns in America. “Long before anyone ever heard of social distancing, consumers were showing an increasing preference for off-premises restaurant meals. Then suddenly this March, we entered a reality where the entire restaurant industry was off premises only. That harsh reality was far harsher for FSRs, a segment that saw transaction declines near 80% or worse at the depth of the pandemic in the U.S. In contrast, QSR declines were roughly half as severe thanks to their abundance of drive-thru windows, capacity for high volume pickup, and the ability of large QSR chains to leverage digital apps as an accelerant as well as provide a contactless experience.”

Two things have happened since dine-in services were closed in mid-March, according to Portalatin. The first is QSR chains have intensified their off-premises efforts with streamlined menus. For example, McDonald’s has changed its menu for the time being, although its franchisees would like to see this remain permanent. And other chains have expanded drive-thru capacity with reconfigured traffic flow and added lanes. By updating their infrastructure, QSRs have continued to improve, regardless of whether their state and local authorities have granted reopening of dining rooms, Portalatin notes. Given this new off-premises capacity, many QSR chain operators have found the incremental cost of opening a dining room to be greater than any incremental margin dollars they might gain and are remaining closed even when governing bodies allow reopening.

Furthermore, as on-premises dining restrictions lift, many full-service restaurant operators will need to dismantle much of their temporary off-premises infrastructure so that guests can park, have a waiting area that allows for social distancing, and labor can be redirected to the front of the house. Many FSRs are now faced with shutting down all over again.

In Florida, Broward County imposed a series of new restrictions aimed at restaurants with the hopes of stemming the tide of positive cases that continue to come ashore in the Sunshine State. Restaurants in the county must stop serving food between 10 p.m. and 5 a.m., although takeout and delivery are still permitted. The order also limits seating to no more than six people at the same table, or ten if they are from the same household.

In addition to states and local governments reinstating some restrictions, other municipalities will crack down on operators they feel are not properly following the reopening guidelines. In Chicago this past weekend, the city ordered Wise Owl Drinkery and Cookhouse to close because it broke the reopening rules, per published reports. The list of violations include exceeding 25% capacity indoors, failing to maintain social distancing and not requiring customers to wear face coverings. Late last week, Philadelphia closed two restaurants for not following its reopening guidelines.

And as if trying to reopen and run their restaurants amid the COVID-19 pandemic were not enough, it would appear the operators in New York City have another set of pests to deal with in the form of rats, per an article in the NY Post. One restaurateur reports a patron had a rat run across his shoe one night.