Each year millions of high school students will get a part-time job but few will turn this employment opportunity into a career that spans four decades. Such is the case for John Schwindt, vice president of operations for Hawkins Commercial Appliance Service. 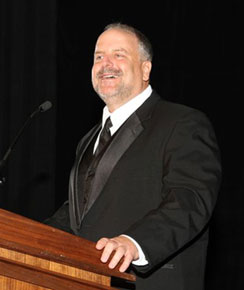 A fourth-generation family-owned business, Hawkins Commercial Appliance Service is headquartered in Englewood, Colo., with a branch in Colorado Springs. The company has 59 employees, including 32 technicians, and services and installs both hot and cold commercial foodservice equipment. Parts sales and distribution account for roughly 60 percent of Hawkins’ business, according to Schwindt.

When Schwindt was a teenager, his mother got him the part-time job at Hawkins Commercial, where she was working as a secretary to the late Elwood Hawkins, the company’s owner at the time, and Jeff Sinclair, whose family now owns the company. “Nobody wanted to do the shipping and the sweeping. They felt it was a part-time job and I needed a part-time job,” Schwindt recalls of his start with the company 32 years ago. “I was kind of a grunt and just learned the business from there. That is the best way to learn about a business in my opinion. I’ve been here longer than I have been with my wife.”

Schwindt even spent 20 years on the road servicing equipment, and four years ago he was promoted to vice president of operations. “I have done everything from shipping parts to purchasing,” he adds. “I was even the IT guy for a while because I was the first one in the company to have a home computer.”

During his tenure Schwindt has seen many changes within the foodservice industry, including the way parts distribution has evolved from a regional to a national business. “As a result, parts sales for the individual service companies are hurting,” Schwindt says. “It is tough to justify stocking all the parts manufacturers want you to stock when someone in another city is selling them over the Internet at a fraction above cost and most factory return policies are extremely prohibitive. Bottom line is the parts have to be available locally, but it is tough to have the quantities you need to have to support your area when the nature of that business has changed so dramatically.”

Sinclair turned out to be a mentor for Schwindt. “Jeff was one that always said, ‘Do it right and do it right the first time,’ he says. “And with my dad being a machinist, he was a perfectionist too. So I got a double whammy. Jeff also wanted you to do the right thing because tomorrow is another day and doing the right thing never comes back to haunt you.”

In addition to his VP role at Hawkins, Schwindt serves on the board of directors for the Commercial Food Equipment Service Association (CFESA), an association Sinclair encouraged him to get involved in. As a member of the association’s education and training committee, Schwindt helped develop a curriculum for trade schools to attract new technicians to the foodservice industry. Schwindt also serves as the electrical trainer for CFESA’s EGS & R (Electric, Gas, Steam and Refrigeration) classes.

“Being a part of CFESA keeps you on top of your game,” Schwindt says. “I believe in the organization’s mission of bringing together a group of forward-thinking independent businesses to work with the industry and change with the industry for the better.”

While Schwindt’s role in the industry may focus on equipment maintenance and repair and parts distribution, it’s the people that keep him engaged. “We don’t have a lot of turnover at Hawkins because the Sinclairs are good people,” he says. “They genuinely care for their employees and treat everyone like they are family. The business has been around for more than 100 years because of our people, and we have never had to lay anyone off. Hopefully, we will never have to.