Life is often littered with surprising turns of events. When Beth Thompson was cleaning tables and doing dishes in the cafeteria at Keota-Harper Catholic School in Keota, Iowa, the seventh grader couldn’t fathom the idea of making a career in school foodservice. And yet, that is exactly where she finds herself now. 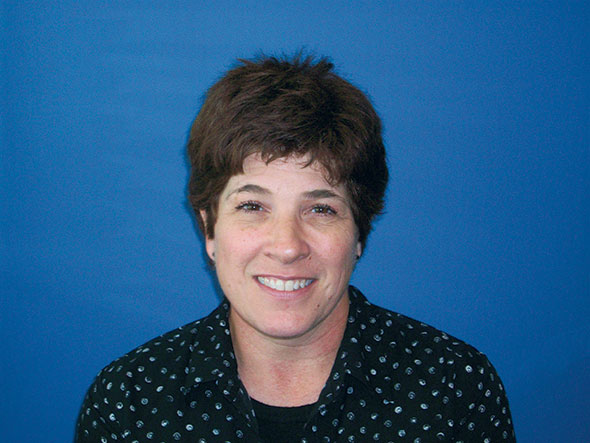 “In our small Catholic school, all the seventh and eighth grade girls were required to work in the kitchen, cleaning and washing dishes,” recalls Thompson, now the foodservice director for Pickens County Schools in Jasper, Ga. “We were on a weekly rotation. It was just something we had to do.”

Now, working in a school cafeteria is something Thompson loves to do. She has made it her mission for the past 24 years, beginning in 1996 with Cobb County School District in Georgia. She is a recognized leader, not only in training and mentoring staff but in the technical world of kitchen equipment.

Thompson’s career track has been an interesting one. It began in the restaurant industry. When Thompson attended Iowa State University, she worked at several Pizza Hut restaurants to help pay for her education. She impressed her bosses enough that, when she graduated, Thompson was offered the chance to manage one of the restaurants. She did this for two years, before deciding it was time to do something with the sales and marketing side of her business degree. So, Thompson left Pizza Hut and took a job as a sales rep with Ideal Industries, an electrical equipment manufacturer based in Illinois. As she learned the ins and outs of her new job, she figured her foodservice career was over. But lingering in the back of her mind was a latent interest in nutrition.

“My job with Ideal led me to relocate to Atlanta,” Thompson explains. “I worked there for three years, then decided to go back to school to study nutrition. It was a science that I was always fascinated with. I was still young and single, and I saw it as a great opportunity to expand my knowledge.”

When Thompson enrolled at Georgia State, she decided to give her nutrition studies a practical side by becoming a registered dietitian. That led to several internships at different organizations, three of which had connections to foodservice: Sysco Foodservice of Atlanta (now Sysco Atlanta), Douglas County Schools (now Douglas County School System) and the Georgia Department of Agriculture.

While Thompson was pursuing her master’s degree, Sysco offered her a part-time job, which allowed her to learn a bit about the distribution side of foodservice. After graduation, Thompson became a home economist for the Georgia Department of Agriculture.

“I worked with commodity groups to help market their products, mainly through the media and recipe development,” Thompson says. “That gave me insight into the importance of agribusiness in Georgia. I was amazed to see the number of products grown, produced and processed in the state.”

Her experiences with Sysco and the state set Thompson up nicely for her next job, as an area supervisor with Cobb County School District in Georgia, for which she was hired in 1996. “I thought it would be a good way to mix marketing with my sales and restaurant experience,” she says. “The program was great, but we needed to market the program and tell our story.”

Thompson worked in Cobb County for 18 years, eventually becoming the associate director of the department. In 2014, she left to become the foodservice director at Pickens County Schools. “Cobb was awesome, and I could have stayed there forever, but I discovered that the higher I moved up, the more removed I was from the action in the schools,” she recalls. “That’s where I wanted to be — on the operations side.”

At Pickens, Thompson got her chance — and then some. Pickens was as different as possible from Cobb: 4,300 students vs. 110,000 students at Cobb, and only 6 schools compared with Cobb’s 112.

“Right away, it was a huge challenge,” Thompson says. “We have few resources. In Cobb I would have 25 employees below me in the central office and 100 managers. Here, it’s just me and a bookkeeper, and then the managers in the schools. I had to learn to take care of all the things behind the scenes that at Cobb we would have had an accountant handle.

“This district is much different than Cobb in other ways,” Thompson adds. “It’s more rural. Kids aren’t exposed to all the fast-food restaurants. The meals are more traditional; these kids will still eat meatloaf. Staffing is a big challenge. I don’t have an infinite number of staff to pull from when someone calls in sick. So, I find myself in schools a lot, pitching in. I am working harder now than I ever did in my life.”

But that’s fine with Thompson, whose greatest joy comes from training staff. “I love to mentor people, to see that lightbulb go off,” she explains. “I feel good when I’ve enabled people to expand their horizons and become more knowledgeable. I don’t want them to be here just for the paycheck. I try to include them in the decision-making process.”

At Pickens, Thompson has been able to triple the size of the summer feeding program and double breakfast participation, in part by bringing in more sponsors. She has automated some processes, such as the department’s inventory system. But she has made an impact outside the district as well. For example, she is co-chair of the large equipment committee for the Georgia Educational Cooperative (GEC), a buying group comprising 40 school districts in northern Georgia.

“In Cobb County, one of my roles was to oversee the guide specs whenever we were building or renovating kitchens,” Thompson says. “I was involved in the building of 20 new schools and the renovation of 30 more while I was there. I determined the best equipment to fit the needs and the scope of the kitchen. I worked with a lot of manufacturers’ reps; I learned so much by doing that. I was also the person involved with disposition of equipment, whether to transfer a piece to a different kitchen, or when it was time to cut our losses.”

In addition to her work with the GEC, Thompson works with the state nutrition program on Team Up for School Nutrition Success. In this program, veteran foodservice directors are paired as mentors with younger directors. She also runs the new director orientation program and teaches nutrition classes at Pickens High School.

“I love working with older students because you can talk with them and they understand what you’re explaining. I like to walk through the cafeterias to see what kids are eating — or not eating. I like to do informal focus groups, just sit down with a table of kids and learn about things like their food preferences.”

All in all, it’s a pretty good success story for someone whose initial impression of school foodservice was forced labor in a dirty kitchen. But Thompson hasn’t written the final chapters of her career yet. She has several things on her to-do list, including the goal of a major renovation at the high school within the next two or three years. She wants to add “breakfast after the bell” in the schools to catch late-arriving students. “We’ve done this in two schools, and the nurses say that the number of kids coming to them complaining of headaches or stomachaches because they are hungry has dwindled down to nothing.”

Finally, Thompson wants to improve technology in the department. “I want to get our free and reduced-price applications online,” she says. “We’ve tried to do it, but so far it hasn’t worked out. I want to get our digital menus on an app so that more people can get up-to-date information. We’ve automated a lot of processes here, but one we haven’t done is back-of-house production records. I want to automate that so we can improve forecasting.”

How she approaches change: “Embrace it as a learning experience.”

Influential life experience: Working for the Georgia Department of Agriculture, which gave her insights into the importance of agribusiness in the state of Georgia

Career mission: Empowering staff to do their best