The term design consultant doesn't begin to describe the value that Beth Kuczera provides to her clients. What she accomplishes as the president of Chicago-based Equipment Dynamics Inc. is more like making dreams come true. She describes it as being a good translator, converting the physical realities of a foodservice concept into a plan for architecture, interior design and engineering development. She aims for productivity and visual effect. The end result takes the form of a restaurant that not only has efficient, functional workflow but also gives diners that wow factor. 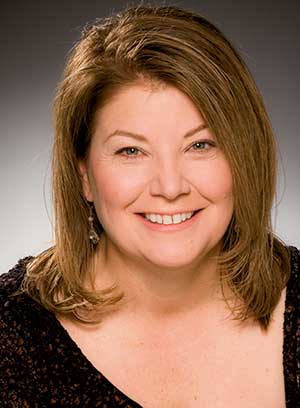 Beth KuczeraKuczera has a three-pronged design philosophy, which she likens to the holy trinity of Cajun cooking in New Orleans: onions, bell peppers and celery. For her, the trio is knowledge, good follow-through and a sense of urgency.

Where her Career Started

Kuczera started in the business a few days after she had earned her B.A. in business from Michigan State. She got a call from an alum who was recruiting for Bloomfield Industries, a company that makes commercial beverage systems, and got her first job there as a direct sales person. She later joined a manufacturers' rep group, expanding her experience to a number of products and learning how a variety of suppliers approached sales and service to the dealer community.

After cutting her teeth on the supply side, Kuczera moved to the dealer arena, working on commission. In the early '90s, she opened an Illinois branch office for the Wisconsin dealership and dealt with two clients who would be key to her career path.

One client was John Buchanan, a partner in Lettuce Entertain You Enterprises (LEYE), a Chicago-based multiconcept operator. In 1991, she worked on the Original A-1 Border Beanery located on Chicago's North Pier. In time, LEYE would become a long-term client.

The other person critical to her business was Joe Duellman, then of Eagle Ridge Inn & Resort in Galena, Ill. Duellman encouraged Kuczera to start her own consulting business. As Kuczera says, he provided her with mentorship, trust and belief in her abilities. He also provided capital. The result was the founding of Equipment Dynamics Inc. (EDI) in 1995. She established the design consultancy as a result of her years of learning to identify the needs and desires of operators and translate them into successful restaurants. A year after founding EDI, Kuczera paid Duellman back, and he returned his shares in the company to her.

In building her business, Kuczera decided to focus on the commercial side of the foodservice industry. She explains that, at that time, there were a lot of established consultants working on noncommercial projects and she saw opportunity in the restaurant arena. Her experience in the dealership had expanded her knowledge of the segment's needs.

EDI remains a boutique operation by choice. The company has three full-time and two part-time staff. "We stay small so we can be hands-on," Kuczera says.

EDI has a client list of well-known restaurants and restaurant groups that runs several pages long. They do not have to advertise their services, however; clients come to them because of their reputation. "The reality is," Kuczera says, "I have never marketed for a customer."

Kuczera met Rich Melman, the chairman of LEYE, just as her initial project with Buchanan was being completed. Melman said, "I open up on time and on budget. Are you the person who can get me that?" She answered, "That is me." Melman signed her on and, as a result, EDI has worked as design consultant for more than 90 of LEYE's restaurants.

Other clients include Gibsons Restaurant Group, Ditka's, Big Bowl, Heaven on Seven, the Boathouse at Disney, The Polo Bar Ralph Lauren in New York and Beatrix, a LEYE concept that won FE&S' Facility Design Project of the Year Award in 2015.

While EDI focuses on the commercial segment, a B&I design ended up being what Kuczera calls the project of a lifetime: upgrading the foodservice program at the Chicago Bears' Halas Hall, headquarters for the Chicago Bears football team.

"We were brought in to take a look at the cafe," Kuczera says. "It serves people who work in offices as well as the athletes. It was fascinating to learn about athlete feeding. These highly trained professional athletes eat differently from you and me. There is a lot of carb loading." The EDI team worked with trainers and nutritionists to focus on equipment that would best support the diet needed for ultimate athletic performance.

They designed food stations and an exhibition kitchen with a hearth oven.

One of the biggest challenges, Kuczera says, is gaining full client participation in the process. To address this issue, she and her team have come up with several strategies. They start with what they call the "Big M," i.e., the menu. If the client doesn't yet have a firm idea of what the menu will be, she asks them to go back and do their homework. Only then can EDI start to build the design details that will support that menu.

Next they work through a series of checklists during a number of meetings. These issues-pending lists, the result of years of experience, move the project along. When they are nearing completion of the design, EDI consultants ask the client to engage in exercises that plot out what happens at each station: Where are they getting the food? Where are the plates? Where do they get the garnish?

"Follow-through is a religion for us," Kuczera says. "We know how to follow schedules and how to be that "inside guy" for restaurants. Operators may know food and hiring, but they don't necessarily know about building a restaurant. We have found a niche where we are a good translator of all things construction related: architecture, design, engineering, the whole process."

While EDI focuses primarily on kitchens, the company also works in front-of-the-house design. This extends to anything that delivers food and drink to diners, and ranges from kitchen equipment to bars and coffee stations.

Two primary philanthropic projects dear to Kuczera's heart are foodservice related. One is the Lakeview Pantry, a food pantry for homeless people in on Chicago's northside. She provides both financial and volunteer support and was an initial team member of the Pantry's capital campaign for a new building that opened in 2016.

Through an association with Dave Raymond, otherwise known as Sweet Baby Ray, who has barbecue restaurants and a catering business, she got involved in the Illinois Barbeque Alliance, formed to promote fellowship and support the local community — and barbecue.

Kuczera and Sweet Baby Ray have spearheaded a project to build a kitchen in the building housing the Firehouse Community Arts Program in North Lawndale, a high-crime section of Chicago. The Firehouse project works to help at-risk young adults change the trajectory of their lives for the better.

Kuczera has been practicing yoga "since before it was cool." She credits yoga for the fact that she has no ulcers today. Another favorite hobby is eating and drinking. She compares selecting a favorite restaurant to choosing a favorite child — an impossible task.

One of her favorite reads is the Bible. She says, "It's filled with horror and action, mystery, crime, superheroes and romance. It's got every genre you could ask for, and it's the centering point for my life today."

Kuczera's success has come from a passion for the business and an inner determination to translate her clients' dreams into reality. She doesn't compromise and doesn't give up. When working with legendary Chicago Bears coach Mike Ditka on a project, he called her a "ball buster." She explains, "He meant that I had spine and the guts to stand up to his partner's negotiating style — and stay firm. It's my most treasured — and unique — compliment."

Get to Know Beth Kuczera