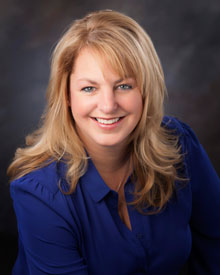 Kristin Sedej, FCSIThat's been Sedej's style from the start. Even when flying solo on a project for the first time, Sedej quickly wowed Soldier Field's general contractor by fending off a fee-seeking health inspector with a simple hand sink switch-a-roo. Truth be told, she was shaking at the knees.

"I was a suburban girl and here I was having to travel through Chicago to get to the stadium — I didn't even know where to park or how to find the trailer," she says. At just 34 years old at the time, "I had barely started my career in consulting and was feeling like a little kid."

Still, while under pressure a wave of confidence came over Sedej. It's the story of her career. "Because I didn't have anyone around me saying, 'this is how we do it,' or 'we've always done it this way,' I've been able to try new things," Sedej says. "That's kind of representative of how I've stumbled through this career. My whole life I've been told I'm bullheaded and independent and sometimes it was seen as a bad thing."

Not anymore. In fact, business partner Harry Schildkraut says these are Sedej's best qualities. "We share the same do-what-you-have-to-do-to-get-it-done-and-meet-the-deadline mentality," he says. "She has a vision for S2O Consultants that goes far into the future and wants to be the best consultant she can be."

In Schildkraut's eyes, for Sedej that means being extremely detail-oriented and approaching each project with fresh eyes, a little creativity and the same intensity.

From the start, Sedej had to earn respect in a predominantly male industry with many set-in-stone notions. But she has held fast to her philosophies and values. "You can only earn respect by setting boundaries," she says.

Part of that entails holding spec, and not many people mess with Sedej's spec. She's also known to stop projects in the middle of them if they're not done right. "When there are different people pushing and pulling at you, you have to have integrity and strength of character. You have to stand up for yourself and do what you think is right." For Sedej, the end-user drives the vision.

Sedej attributes her extensive experience working in restaurants as one of the best preparations for a successful career in design. Growing up in Chicago's northern suburbs, Sedej worked at her local Burger King throughout all of high school and during summer breaks while attending Bradley University. After working every single station in the restaurant she moved up the ranks, serving as assistant manager at just 18 years of age. A year later she was recruited to become an assistant manager for a local corporate-owned Pizza Hut. By 22, she was the general manager of her own store.

A gifted student, Sedej could have done any job but always loved foodservice despite its "bad rap." Turns out the grunt work paid off.

"Having a deep understanding of foodservice operations and being a manager at a corporate restaurant has really helped me," she says. "Understanding a profit and loss statement, knowing how labor and food cost affects bottom line — I take all that into consideration when I do my designs." Being a good listener also helps.

In Sedej's view, good foodservice design revolves around menu efficiency and how delivery methods change from one dish to another. "In design, everything comes down to the number of people you're serving, what you're serving and how that affects their experience and expectations."

After having two children early on, the heavy hours of corporate restaurant work posed a challenge for Sedej. Squeezing in some classes at Roosevelt University didn't help matters, either. Sedej knew she'd need a different path.

It was at Roosevelt that she met Ray Sparrowe, dean of the hospitality management program, who was teaching her foodservice design class. A foodservice consultant on the side, Sparrowe first introduced Sedej to the potential career, and to FCSI, which she would later join as a student member.

"Ray took me under his wing and had me work on some of his healthcare projects, attending meetings, discussing design goals and assisting in some spec writing occasionally," says Sedej. This, along with the required coursework, eventually led to a bachelor's degree in hospitality management in 2000.

Sedej excelled in math and drafting classes in high school and, combined with her detail-oriented mindset, design was a natural fit. Throw restaurant experience into the mix and it becomes the perfect career. "What I love about design is the problem solving, linear thinking, and putting details together to make something happen," Sedej says. "It's all about transforming nothing into something functional and wonderful."

Looking for a job as a designer, Sedej pounded the pavement in her town of Cary, Ill. so she could forge a career path while raising her two children. There were two options: work for Harry Schildkraut, then with Cini-Little, or for the late Bob Pacifico of Romano Gatland. She approached both. But the year was 2001 and two weeks after applying for a project management position at Cini-Little, 9/11 happened. Was she the person they had wanted, hiring freeze or no? Schildkraut told her yes. So she kept the faith. Nine months later while working as day manager for a Crystal Lake restaurant, Schildkraut called her back. "He hired me the next day," Sedej says. "It was perfect timing. I really believe I'm where I'm supposed to be."

Though she spent only a short time at Cini-Little, it was there that Sedej says she built the foundation of her knowledge as a designer. She left when Schildkraut made a move to open his own firm, S3 Consultants, Inc., which included another industry veteran who would later leave the group due to visionary differences. As a result, the firm changed its name to S2O Consultants in 2008.

"Harry was instrumental in getting me where I am today," Sedej says. But a turning point came in 2009 when she noticed people began calling S2O not just because of Schildkraut, but because of her work as well. She had developed her own client list and combined with Schildkraut's, "that's when our company really started taking off," Sedej says.

Sedej's most memorable project was working on the renovation of New Orleans' Superdome after Hurricane
Katrina. "It was just five weeks after the hurricane and after the first meeting, Harry turned the project over to me," she says. Sedej faced the biggest challenge of her career: having to literally wade through human feces and wreckage to picture a new beginning for the space, all the while working with high caliber architects and engineers from around the country.

"At the hotel, we had a jug of water we used to brush our teeth with and a band on our wrist in order to eat. The first time I drove from the airport to the Superdome, I was the only car on the highway. We had to move so fast on the project I didn't have time to be scared," Sedej recalls.

After only one season away, the National Football League's Saints had their home field completely back up and running. "To see that place come back to life and what a draw it was for the economy of New Orleans and then to see the Saints win the Super Bowl that year, that will touch my heart forever," Sedej adds.

Sedej's work was so impressive that she's been invited back to New Orleans to participate in four additional enhancement projects for the Superdome and recently completed a large renovation project to Smoothie King Center, the arena across the street that serves as the home for the Pelicans of the National Basketball Association. In fact, Sedej and Schildkraut specialize in sports arena projects. Together, as S2O, they have completed more than 30 sports projects for colleges, universities and professional teams.

Stadium work is "very engineering intensive and less about interior design, more about functionality," says Sedej. "You might have a big kitchen but also many smaller concession areas that need to be coordinated around plumping and electrical requirements. There are many different ways to tackle these projects and the trick is determining the best way."

Sedej also splits her time between many other foodservice sectors, including K-12 schools, higher education and many "miscellaneous" projects like hotels and delis in office buildings, test kitchens, etc. No job is too big or too small.

"I try to make people comfortable and go above and beyond for the customer even if they don't know it," she says. "We are really trying to raise the bar with each project." A focus on details, open communication with the team, regular follow-ups and understanding plumbing, electrical and other functional components of design also helps.

As a longtime member of the FCSI-The Americas Division, conference committee chair and member of the society's ICON group for younger generation and newbie consultants, Sedej's goals center on helping make the consulting industry a more diverse and welcoming one.

"There is so much more collaboration within our group than when I first started in the industry," she says. "There is also more listening to clients rather than assuming we know everything." In essence, there is a lot more focus on growth and nurturing and a lot less on egos.