"You're the only consultant in the business who went to school for it." Steve Carlson has heard this often. And it's true — after a short stint as a cook in the culinary world, Carlson managed to piece together a well-rounded education at the University of Wisconsin-Madison between engineering, architecture and food science classes, along with drafting jobs with a stainless steel fabricator and an equipment supplier. These experiences ultimately landed him his dream job at Robert Rippe & Associates, Inc. Carlson bought out the company in 2006, and has grown into a leader — and frequent speaker — in his field. What follows is the incredible story of FE&S' Top Achiever – Consultant award winner. 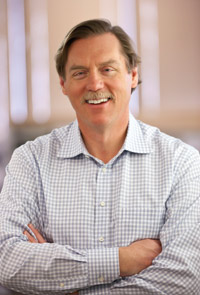 Steve CarlsonThough he originally went to a small Minnesota college for pre-med, Carlson did a 180-degree turnaround, transferring to University of Wisconsin Madison and enrolling in the school's engineering program. "A semester of advance calculus made me realize I needed to do something more creative," says Carlson. Somewhere, in the back of his head, the cooking thing lingered, with a love of the culinary arts and 10 years of experience as a dishwasher and a cook.

"I thought about going to culinary school, so I ended up working one summer in the pantry at the Glenview Country Club outside of Chicago." But this was 1980, well before the Food Network and the explosion of celebrity chefs. The culinary field just wasn't as glamorous as it is now. "I realized I wasn't going to be a great chef," he says.

Heading back to Madison that fall, "Someone passed me a copy of FCSI's magazine at the time and I thought, wow," Carlson says. "I was always interested in cooking, design, building and architecture and realized there's a business out there for all those things combined. This gave me the focus I needed, Madison was a wonderful place, but I couldn't stay there forever."

Carlson found a degree program called Related Art in the School of Home Economics that allowed him to take courses in food science, design, art and even architectural history. Suddenly, Carlson was on a mission. He signed up for drafting classes in the Ag school to learn about electricity, but at UW that instruction centered primarily on wiring dairy barns with milkers and silo feeders.
That's when he discovered Robert Rippe. But the stars weren't aligned just yet.

Upon graduating in the early 1980s, Carlson encountered the economic slow down that was sweeping the nation, which meant jobs were scarce. Though he had informational interviews with foodservice design firms Robert Rippe and Cini-Little, they were just that. Finding work at a stainless steel fabricator instead, his knowledge of how to put counters together would ultimately play heavily in his favor as a designer.

He then went on to work for Monarch, a national food and equipment dealer that would later get swallowed up by US Foods, working on many chain restaurant accounts, learning the ins and outs of cooking equipment, mechanical/electrical plans, and the equipment supplier's perspective. Again, all of this served as preparation for the job he really wanted.

Finally, around 1986, "Bob was looking," says Carlson, who joined the small staff of seven at Rippe that year. At the time, the business was 100 percent healthcare," says Carlson. Bob Rippe handled the initial design work with Carlson, Terry Pellegrino and Rich Kukla serving as key partners in the business on the project management side.

Things stayed that way until the mid-nineties, when the firm started to branch out in other areas like school and college and university foodservice. A major turning point came about in 1995 when the growing firm was asked to design a commissary for Grand Casino Tunica. This led to a number of remodel projects and then new facilities. Carlson quickly grew fond of this burgeoning segment, bringing his experience in high-end servery and buffet design to many Native American casinos in the Midwest. Since then, he's expanded that business across the country. Now, the firm employs more than 25 people, including project coordinators, designers and consultants with specialties in every foodservice segment.

In 2009, Rippe was awarded a project for the foodservice facility at the University of Iowa's Burge Hall. "This project really put us on the map in this market segment," Carlson says. It also led to a number of other projects, including two recent ones at his alma mater the University of Wisconsin-Madison. There, Carlson and Pellegrino designed the new foodservice at Gordon Commons and Lakeshore Residence Hall, incorporating lessons learned from Burge Hall.

In terms of style, Robert Rippe and Associates specializes in what Carlson calls "pragmatic design." "We try to think through things holistically rather than come up with a neat shape or design," he says. "That's what we're known for — operational-based planning."

Though Carlson's a self-professed operational designer, he's not afraid of creativity. "With every project we want to address the peak volumes and make sure that everything is functional, but often we run into clients who come up with concepts that might at first seem a little whacky." No matter, Carlson and his team keep an open mind and will work to make any creative concept function — within reason. As a result, it's easy to see why Carlson and Robert Rippe and Associates in general have a reputation as being highly professional but easy to work with.

That said, in addition to pragmatic design, relationships remain a priority for Rippe and Associates. Carlson points out that most of the firm's business comes through referrals. "Some clients I work with now are the same people I worked with when I got here 27 years ago, who have called me back because they're opening new locations or concepts. That's what makes this business so exciting, those lifelong connections."

When Carlson says he loves restaurants, he means he really loves restaurants. And a well-crafted cocktail. "Some people travel to travel; I travel to eat," he says, noting his tendency to schedule trips around famous restaurants, chefs and craft cocktail lounges. From meeting chefs in Tokyo while working on a kitchen at an Air Force base in Okinawa, to Spain where he dined at the world-famous El Cellar de Can Rocca restaurant, to hitting up David Chang's restaurants while in New York City on business Carlson likes to experience what the restaurant industry has to offer. The NRA show in Chicago is just as much about work as it is exploring the city's food scene.

"I hope these experiences are helpful to my clients," Carlson says.

So what's that one thing that gets Carlson up in the morning? "I enjoy the management side of consulting as much as the design and project management parts, which maybe is unusual," he says. "I enjoy seeing our staff gain new skills and stretch from their comfort zone. You hear a lot about having high expectations for your staff, but I think it's more important to have more confidence in their abilities than they do. You need to show them that you believe their abilities are greater than they do, and let them solve the problem in their own way.