A true gentleman. Those are the words close colleagues and peers use to describe Brock Coleman, president of Commercial Kitchen Parts & Service in San Antonio and this year's Top Achiever – Service Agent award recipient. 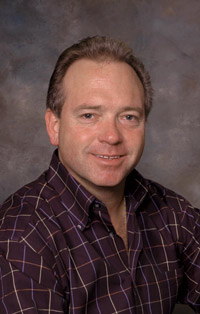 Brock ColemanA longtime, active member of the CFESA and its current vice president, Coleman's revered not only for his high standards of customer service, professionalism and forward-thinking but also for his integrity, honesty and respectfulness.

Since buying the 67-year-old Commercial Kitchen Parts & Service in 1994, Coleman's grown the business into a full-service service agency and parts house with national distribution. The company has five offices in Texas — including two locations in San Antonio, one for inventory, parts sales and technicians and the other for customer service agents — in Austin (opened 1996), Corpus Christi (2004), and McAllen (1995). "Commercial Kitchen now has a territory that spreads from El Paso to Temple, Texas to Austin, to Victoria and Southwest Texas," says Coleman.

An operations guy at heart and former restaurant manager, Coleman brought his love and knowledge of the inner workings of kitchens to his current company. After managing various Luby's locations day and night for 10 years as well as working as a corporate foodservice operator for Prince Food Systems, a slightly burnt-out Coleman switched gears.

Sometimes the future has a way of giving us signs.

While visiting his parents in San Antonio, his then dream-location, Coleman looked around for a restaurant to startup or renovate, landing on a service agency instead. And not just any service agency.

"The owner was retiring and listed it for sale; it was ripe for growth," Coleman says. "His values and mine were very aligned so it was the perfect opportunity." After structuring a creative deal through a good broker with the former owner and help from his family, Brock realized he hit the jackpot.
"Back in my restaurant management days, I thought all the money to be made in the restaurant business was going to the repair companies. Now I know it really goes to the insurance companies and banks," he jokes.

Following a short bump in the road after 9/11 when Coleman says he overextended the company at the same time customers were slowing down their payments, representatives from the service agency met with financial experts to clean up the books and set some standard operating practices with the intent to regain solid footing. These plans even called for pulling back on growth plans in 2002 and deciding to close its Houston office that same year.

Since then, however, the CFESA-certified company has grown its revenues year-over-year, even landing a coveted spot on Inc. Magazine's prestigious List of the 5000 Fastest Growing Companies in 2008. Yes, the year of The Great Recession. That year, Commercial Kitchen posted $9.9 million in revenue and showed 55 percent sales growth between 2004 and 2007. Last year, Commercial Kitchen raked in $15 million in sales, capitalizing on lessons learned from the past — don't overextend, watch the metrics closely and maximize on thriving resources.

After buying the company Coleman experienced a steep learning curve, but he says the previous owner was very supportive and the transition went smoothly. "The employees were very happy and had strong business ethics, and the customers were also very happy so it was a great culture all-around," he says. "Mostly, what I brought to the company was a little empathy from the customer standpoint. I figured if I could deliver the level of service to our customers that I always wanted as a restaurant manager, then we would have a good thing going."

Early on, Coleman knew he had a big job to do: maintain Commercial Kitchen's already established excellence in delivery of service. But he also knew the time was right for growth. The company went from 34 employees to 107 and now services clients across the United States through its OEM parts distribution business. In addition, Commercial Kitchen serves as a primary center for CFESA technical training and equipment demos.

OEM parts sales currently account for 45 percent of Commercial Kitchen's business, with the remaining revenues coming in the form of service sales. In addition to distribution contacts with most manufacturers, "We still maintain inventory in each office with a parts counter for local, retail customers," Coleman says.

With two million parts in inventory, Commercial Kitchen is unlike most other service agencies these days, many of which have sold off or closed down the parts side of their business in light of fierce competition from national parts distribution warehouses. In fact, the company has actually grown — not decreased — the inventory over the years. Last year parts sales brought in more than $6 million.

"It's a large part of our business and we dedicate a lot of resources to growing that side," Coleman says. "All of our employees have a deep level of training so if someone needs something most of us are able to help customers identify the parts they need." In fact, he adds, "We have a reputation for having the right part at the right time." Quality customer service has the upper hand over the big, primarily online-only warehouses in this case.