Facility Design Project of the Year
Donna Boss May 01, 2019

Jefferson Marketplace's  stand-out features include a one-stop shop for customers, this dining operation transformed an outdated all-you-care-to-eat dining hall into a multifaceted retail and grocery operation with an educational component. 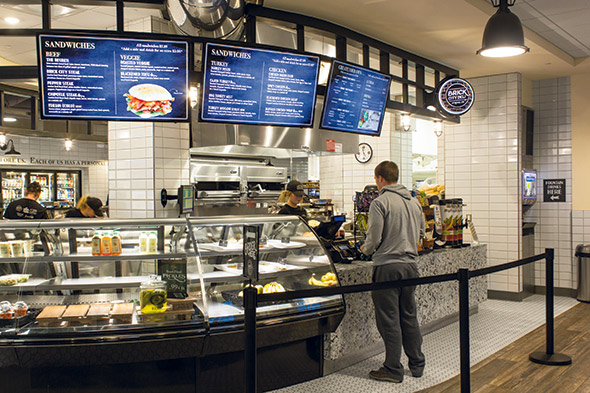 Customers at Brick City Deli may access the deli’s selection of meats and cheeses at three points within the marketplace — by placing a sandwich order at the deli, by ordering sliced-to-order meats and cheeses or by selecting a premade sandwich. Photo courtesy of Ohio University 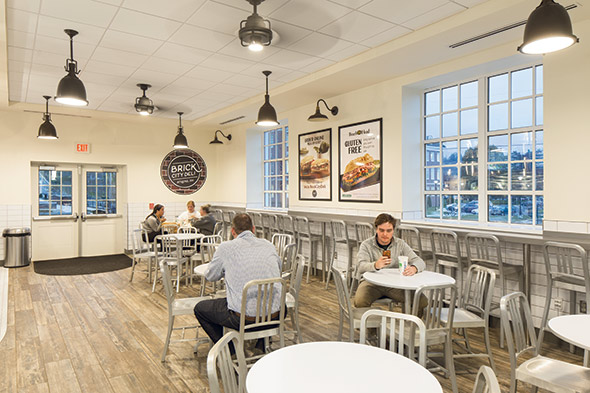 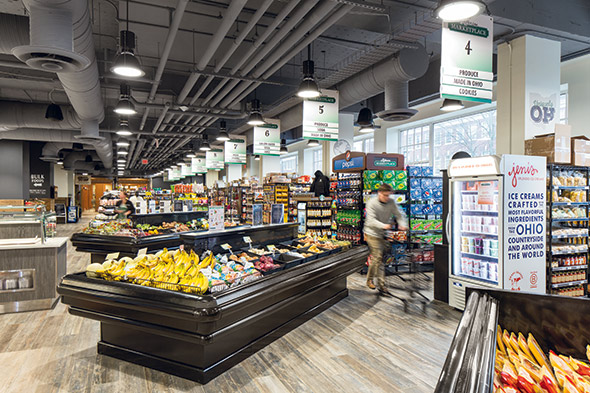 The Market features 14 aisles of food and products. 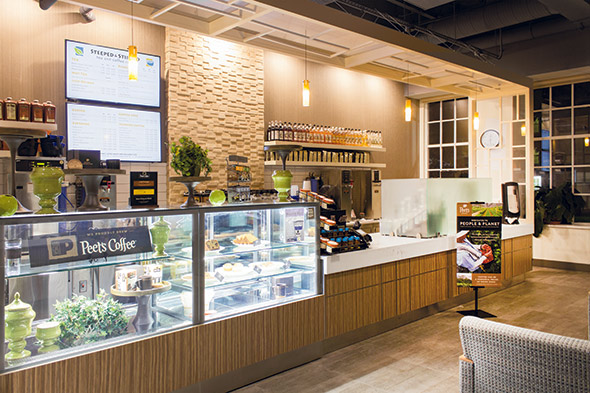 Steeped & Stirred offers a wide selection of coffee and tea beverages as well as pastries.

Why it Won: The Judges’ Comments 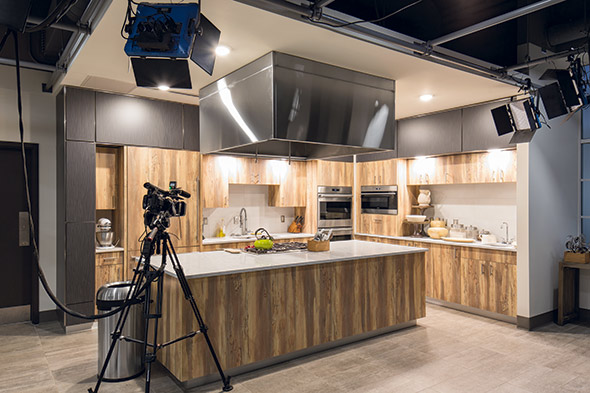 A highlight of Jefferson Marketplace is The Culinary Studio, a state-of-the-art demonstration kitchen designated for culinary arts education. 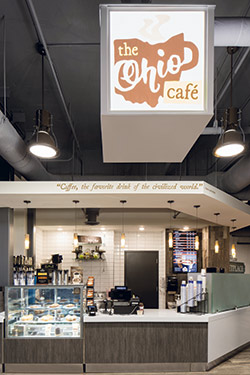 The Ohio Café offers beverages and pastries to take out or consume inside the Jefferson Marketplace. 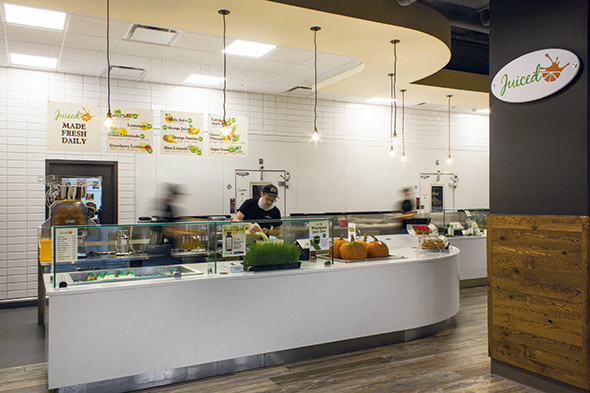 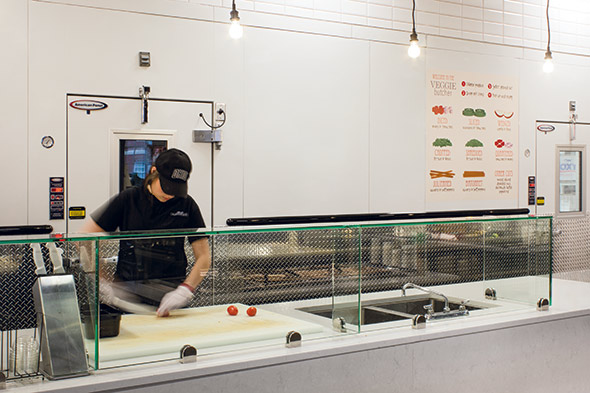 Customers select whole fruits and vegetables, which they take to the Veggie Butcher counter where a staff member washes the items, processes or cuts them to the customer’s specifications, weighs them and tags the items for purchase.

Goal No. 1: Transform an outdated all-you-care-to-eat dining hall that had been closed and neglected for five years into a state-of-the-art, multifaceted retail and grocery operation with an educational component.

The operation meets these first two goals in several ways. The Culinary Services staff partners with the on-campus farm run by students as part of their course work and sells produce from the farm. Also, a Uniquely Ohio grocery section exclusively features products produced in Ohio.

The operation offers healthy menu options, both in bulk and to go. Specialty blended juices with high nutritional values are available as a snack or meal replacement. Raw nuts, dried fruits, oatmeal and other foods are available for bulk purchasing, which results in price and waste reductions.

Goal No. 3: Attract off-campus students, as well as faculty and staff, to this corner of campus.

Campus-operated retail foodservice and grocery items and a place to eat are provided for students, faculty and staff at McCracken and Glidden Halls, two large academic classroom buildings across the street from Jefferson Marketplace; the adjacent River Park Apartment Complex that houses thousands of off-campus students, Greek housing; and several thousand people who walk past the marketplace daily.

Goal No. 4: Partner with academics to create a unique learning environment for students.

Those involved in the project agree that these traits make the facility stand out:

Some of the challenges the project team faced during this renovation and how it solved them:

Based on past sales and future sales projections, the renovation costs will be recouped in a total of 34 months — less than three years from opening. “We are more than pleased with the results and can without a doubt say that the project was well worth it,” says Rich Neumann, MS, FMP, director of Culinary Services and assistant professor at Ohio University.

Selling produce from the Ohio Farm along with the Uniquely Ohio grocery section, which Culinary Services expanded to two other markets on campus, the use of CFF to produce many ready-to-eat items and continued work with the Office of Sustainability helped Culinary Services exceed its goals of offering a sustainable operation with local food selections.