Going "green" is no easy task. But cultivating a "green" culture, meaning working to get an operation's entire staff, management team, vendors and associates in line with sustainability initiatives in order to create a more viable business over time — well, that's an even more challenging task.

Still, no matter how challenging creating and nurturing such a culture can be, it is possible to do so. It starts with a strong definition and clear vision of what sustainability means to the company at hand, says John Turenne, president of Sustainable Food Systems LLC, a foodservice management and sustainability consultancy in Wallingford, Conn. Beyond that, it requires plenty of organization, training and encouragement.

"It is important to get leaders of foodservice organizations to start thinking a little differently about the impact their businesses have not only on our bodies but on our planet," he says. Turenne should know. While working as an executive chef for Yale University 10 years ago he turned the foodservice program into one of the country's leading sustainable foodservice operations. 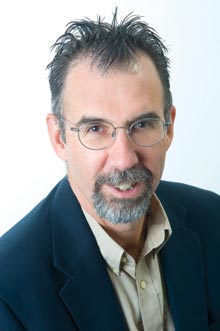 John Turenne, president of Sustainable Food Systems LLC
The greening process starts with a clear definition of what sustainable foodservice really means, both in general and specifically for the company. Turenne breaks down the idea of sustainability into four parts: the food and the environment, the farm, the animals, and us — our bodies as humans.

"First, it's important to consider what environmental impact food has on the planet," Turenne says. "It's important to look at the way it's grown — were there pesticides or herbicides involved, were proper irrigation systems in place? And then how it's cooked in the kitchen — how much energy and water was used, and what happens to the wasted food."

The food and environmental component is precisely where foodservice operators can have the greatest impact, from sourcing energy- and water-efficient equipment and supplies to redesigning their spaces to using less resources and conserving more. Waste tracking and reduction as well as composting and recycling fit into this category.

Secondly, operators wanting to establish a green culture should look at the sustainability of the communities they serve, and the impact that small-scale versus large-scale distribution systems and sourcing locally has on small businesses such as family farms. "Are we supporting the smaller or mid-sized farmer or producer or artisan?" Turenne says. "Just as important, are we supporting the businesses that are providing the equipment and services for the food? More of our food and equipment these days is being controlled by fewer companies." Essentially, working to maintain a healthy equipment and food manufacturer and dealer community is important, too.

Third, it's important to examine the social concerns about the way people and animals are treated.Were the animals raised for meat production in concentrated animal feeding operations (CAFOs)? CAFOs are controversial, large-scale feed lots that pack in upwards of 1,000 animals, usually cattle, without room to move or even turn around. This consideration also involves chicken and egg production — were the birds packed in cages or in small, windowless coops that prevent them from exhibiting their natural behaviors and instead cause infighting and even cannibalism? How are the workers in the meat processing facilities and slaughterhouses treated?

"The sustainability of our own health and well-being means sourcing, cooking and providing good food that helps support nutrition and eating right," Turenne says. Nutrition continues to pose a concern among operators and particularly school operators as both child and adult obesity rates are on the rise.

Creating a Community
Though food production and distribution makes up only one part of the equation, improving foodservice kitchens is just as important, as they are one of the largest consumers of natural resources in this county, Turenne says. So how do you get your staff on board with these sustainability ideas and initiatives?

Communication represents Turenne's third "spoke" on the bicycle wheel image he uses to approach the greening of a foodservice operation in a more holistic way. Aside from sourcing the right food and perhaps simplifying the menu, as well as improving the infrastructure of the kitchen to save more energy, water and waste, an operation must also work to create a "green" community by setting up the proper communication channels and training to get all staff members on board. Everyone must be on board, including the dishwashers, cooks, bussers, servers, managers and anyone else that works within the foodservice operation. In non-commercial institutions, that also means the hospital, college or corporate administrators overseeing budget and operations. Finally, fiscal responsibility and establishing a healthy budget completes the sustainability equation.

"You have to have a commitment to training staff on not just the hows but the whys of using these new foods, pieces of equipment and facilities," Turenne says. "From there you need to market that message to stakeholders and customers so they are in turn buying into what's going on."

Atlanta-based, 47-unit Ted's Montana Grill had less of a challenge getting staff on board, perhaps because "the concept was based on a foundation of sustainability from the start," says George McKerrow, CEO and co-founder along with media mogul and fellow environmentalist Ted Turner. "We talk to the industry as often as we can and the Turner Foundation has helped underwrite many National Restaurant Association green initiatives. We've tried to be on the forefront of everything we can. We believe small steps lead to big changes." 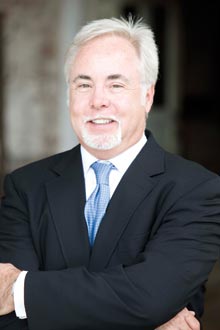 George McKerrow, CEO and co-founder of Ted’s Montana Grill.
Since 2002 when the first Ted's Montana Grill opened, the chain has recycled and used 100 percent recyclable materials for paper products and construction, and Styrofoam is never allowed. The chain uses biodegradable disposables and to-go ware; worked with Coca-Cola to create one of the first cornstarch cups on the market; collects frying oil for biodiesel; uses bamboo flooring to retain heat better; installed low-flow water valves and waterless urinals in all units, even working with local municipalities to get them approved; and found energy-saving, dimmable CFL lightbulbs that could easily fit in with the current fixtures.

That latter step alone has netted Ted's about $400,000 in electricity savings for the past two years, McKerrow says. In addition, the Ted's Montana Grill headquarters is expected to become 100 percent off the grid by this summer thanks to solar panels and other energy-saving initiatives.

In conjunction with these sustainability practices, McKerrow and team produced training materials early on to support staff. "We have a lot of younger team members who are already more environmentally conscious and were willing to participate from the get-go" McKerrow says. "We've also established a green team at the company that keeps people informed. Overall it's been a relatively easy sell for team members. It's certainly not hard to tell them that these steps we're taking help us lessen our impact on the environment."

Governing the Guests
Getting guests on board has been another issue, however. "Since the gas crisis hit, it's become easier in the last five years, but you still have that stubborn guest who says I want a sip stick," McKerrow says, alluding to the wooden stirrers used in place of traditional plastic ones for coffee and drinks. "There are certain people out there who don't believe this is important, but we avoid getting on a soapbox and instead just try to be as proactive as we can when it comes to environmental sustainability and protecting natural resources for future generations. Our approach is: we'd prefer not to use a straw at all before using a plastic one."

Turenne faced similar challenges at Yale University. At the time he helped introduce sustainability initiatives into the university's foodservice program, the general public didn't even know what the words "sustainable" or "green" meant. So Turenne started by sourcing food from within the local community, switching from large-scale distributors to local bakeries, farms, coffee roasters and other producers, and then communicated those changes to his student and faculty customers.

"We also had to get our staff to understand and buy into what we were doing and why," he says. "We looked to empower the staff as part of the education process. Initially, I didn't include them in the creation of new menus and processes. I went to them saying, 'Here's what you're going to do, I've done all the legwork.' And the reaction was, 'Wait a minute, you didn't ask us.' We learned the hard way that we needed to include staff in our decision-making and changes. The peripheral benefits blew our mind; not only did it help them buy into what we were doing, but they had great input, great ideas."

Building a Budget
Most of the challenges with franchisees stem from budgetary and financial considerations, naturally. Part of creating a sustainable business environment means paying more attention to fiscal responsibly — doing what you can without jeopardizing the financial health of the company, Turenne says.

"We can't make all these sustainability recommendations in an irresponsible manner," he says. "We start with where is the client currently and what's the next thing or things they can do within their budget."

Prioritizing is the key here. For Moe's Southwest Grill that meant starting with the food, and then moving onto a LEED-certified project. For Ted's that meant incorporating as many small initiatives as possible to create a bigger impact and draw bigger savings overall.

Minimizing waste, in the form of time, space, labor and food is another way to save costs right off the bat without minimal large-scale investments, Turenne says. "When it comes to operating I'll go in and look at ways they're tracking and monitoring their food production to minimize waste. One of the biggest money-suckers for kitchens is wasted food, not to mention it's not sustainable."

Says McKerrow, "It's not an all-or-nothing approach."

Sometimes there isn't a clear return on investment right away. But the sustainability opportunities on which an operator can capitalize by opening up just one LEED-certified store can pave the way for future possibilities system wide. "Do the things you can afford to do and in time, we'll create more demand through cooperative buying, better technologies, and changing the energy grid and the way we acquire power and resources," McKerrow says.

In the meantime, McKerrow adds, "Everyone can contribute. The restaurant industry is made up of more than 13 million employees. If each one of those employees did one thing, like pick up trash off the street on the way home, or carpool to work, or ride a bike, or change three lightbulbs to energy efficient ones, those small things alone would add up to a giant impact."

Moe's Southwest Grill and the Greening of a Franchise Network