As we look ahead to the new year, what’s trending and what’s coming up in the industry always seem to be top of mind. 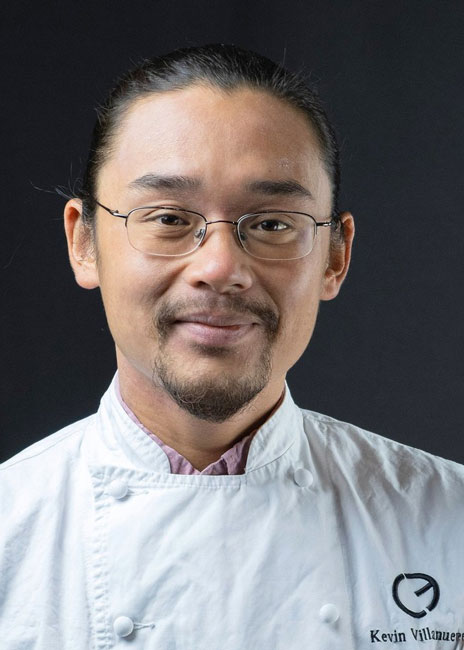 Kevin VillanuevaLast year, during the height of the pandemic’s second wave, that might not have been the case – restaurants and foodservice operations were still in the thick of survival and figuring out what the next chapter in hospitality was going to look like. While we still don’t have all those answers, we seem to have reached a moment where we can breathe and think ahead toward the future with hopefully more optimistic thoughts.

Kevin Villanueva is corporate/R&D chef with The Culinary Edge, a restaurant and hospitality consultancy firm based in San Francisco that also owns Starbird Chicken, a fast-casual chicken chain. Villanueva shares his thoughts on what’s trending for the new year and the possible impact on operations, kitchen design and/or equipment selection.

No. 1: “Regionalization” or specialization of domestic and global foods

Chefs, menu developers and restaurateurs continue to move away from broader, more generic ethnic concepts, at least at the higher-end level, to a more refined focus on the regionality of these cuisines. “You won’t just see a Chinese restaurant or Mexican restaurant anymore, but rather, one that’s focused on Sichuan food or dishes from Hong Kong, Singapore Mexico City or Oaxaca specifically,” Villanueva says.

E&S Implication: The specialization of menus opens the door for more specialized equipment to be able to produce the most authentic food possible – pieces like custom tandoor ovens, “molcajetes” (the Spanish word for mortar and pestle) for grinding masa in-house – to complement higher-tech equipment. “In Mexico City, I literally saw a lady grinding masa by hand while sitting next to a bank of immersion circulators,” Villanueva says. “I’m also seeing the use of traditional robata grills for Japanese yakatori and other methods that use live fire or live coals or stone.”

No. 2: The New Comfort Food

Comfort foods will maintain popularity next year, according to the National Restaurant Association’s annual What’s Hot 2022 Culinary Forecast. “The pandemic forced people to hunker in and forced people to cook for themselves, so many chose to cook foods that they recognize,” says Villanueva. “Now, [consumers] want to see those foods again, but in a restaurant setting.” Childhood favorites like braised pot roast, turkey, a classic Caesar salad and burgers are all the rage right now, says Villanueva, noting that along those lines, he’s not seeing a ton of culinary mashups.

E&S Implications: traditional braising pots and roasting pans do the trick, but culinary teams can also opt to cook many of these slow-cooked favorites in a combi oven, tilt skillet and even sous vide machines.

At the other end of the spectrum from comfort foods, NRA’s Forecast for 2022 also lists plant-based foods and healthy/immunity-boosting foods as trending for the new year. “People want to eat healthier, but it’s no longer about calories or fad diets like Keto,” Villanueva says. “Consumers seem more concerned with macronutrients and holistic nutrition. They want some indulgence like fried chicken but also some healthy options beyond just salads.”

Villanueva says salads do comprise about 25% of sales for Starbird, The Culinary Edge’s fast-casual chicken concept. He points to First Watch as another example of a healthy chain concept. First Watch offers an extensive healthy beverage program featuring antioxidant teas, as well as drinks infused with superfoods like acai and turmeric or ginger and lemon for digestion. And, he notes that cannabis used in cooking could make a reemergence in this space after a burst of interest before the pandemic hit.

E&S Implications: Traditional cooking and beverage equipment can be used to prepare healthy, plant-forward dishes so the real impact of this trend is likely to be on the integration of more energy-saving, carbon footprint-reducing equipment to fit with a concept or vegan concept that’s focused on healthy foods and environmental consciousness. “A huge trend I’m seeing is a move toward hoodless and 100% electrical kitchens,” Villanueva says. “More people seem to want to move away from gas and lean more on electric as part of a sustainability goal.” Villanueva says he most recently worked with a client in Boston who committed to a goal to switch to all electric by 2025, and he’s seen the proliferation of more electric appliances in California. Some equipment used to “gently” cook plant-based foods is already hoodless, such as induction burners, sous vide machines, rapid cook ovens and panini presses.