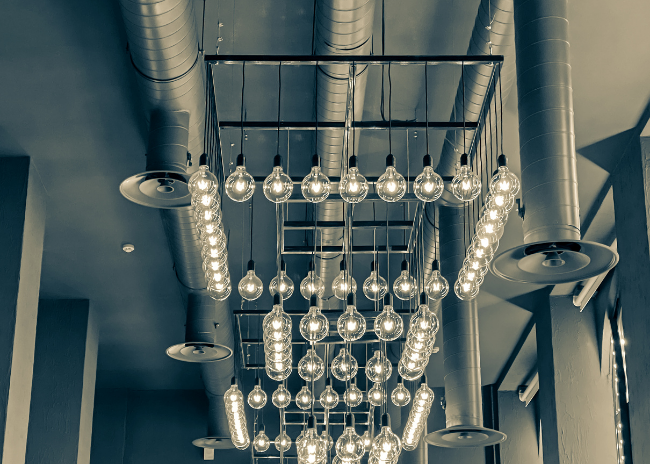 Air Purification: What to Know in the Age of COVID-19

With the colder months now here, many restaurant operators continue to look for ways to make indoor dining safer for their customers and employees.

While rigorous cleaning protocols help, public health authorities now believe COVID-19 is primarily transmitted through respiratory droplets spread by talking, coughing and even just breathing. Cleaning the air, then, is seen as an effective -- though not foolproof -- way to prevent disease spread.

Such air treatment falls into two main categories, passive and active, says Matthew Sher, president and CEO of Day & Nite. Based in New York, Day & Nite offers a number of services to the restaurant industry along the East Coast, including plumbing, commercial kitchen equipment installation and repair, and HVAC service.

Passive treatment, Sher says, essentially filters the air with a system that can catch particles as small as the COVID-19 virus. Filter types include HEPA, which is widely used in healthcare settings, and filters that rate highly on the Minimum Efficiency Reporting Value (MERV) system, such as MERV 13 and MERV 11. While effective, “if someone were to sneeze or cough on one side of the room, [that air] would still need to pass through...the filter,” says Scher.

Active treatment, in this situation, is primarily ionization. There are several versions of this technology produced by different manufacturers. All, though, generate positively and negatively charged particles that are put into an HVAC system, which then pushes the particles out into a restaurant’s dining room, kitchen, etc. These particles attach to various objects in the air, including the coronavirus. This attachment essentially disarms the virus, preventing it from causing an infection.

While both active and passive treatments are effective, ideally they can be designed into an HVAC system to work together. The best situation is a ground-up build, which includes sizing the capacities of motors and fans to handle highly efficient filters. This obviously isn’t practical or possible for existing restaurants. Instead, says Scher, operators can work with a company that offers HVAC system retrofits of both active and passive technologies.

Using both technologies together is more effective than using one alone, Sher notes. This approach “reduces the wear and tear on the system. You can go down from MERV 13 to MERV 11. That will extend the equipment’s life expectancy and lessen your consumption of electricity as well.”

The cost of such a retrofit is hard to even ballpark, Sher says, since so much depends on the size, design and efficiency of the existing system. With vaccines on the horizon, many operators may be tempted to wait out the pandemic instead of making this sort of capital expenditure. While that thinking is understandable, Sher encourages operators to at least seriously consider an air purification upgrade. “It’s going to take a long time, more than likely, to restore confidence that it is safe to come back to commercial spaces. Is the vaccine in 75% of the population a magic bullet, or is it part of an integrated approach to creating safer, more hygienic indoor spaces?”

One option generating plenty of buzz is ultraviolet light-based air purification. These systems bathe the HVAC coil in UV light, which kills airborne virus particles as they pass through the coils.

While the science behind UV air purification is well established, it’s actually not going to be the best fit for most restaurants, says Sher. “In order for [UV] to be effective, it needs to saturate the particle for at least 16 seconds. In order for you to have enough coil surface to achieve that 16 seconds, you need a very large HVAC system,” he says.

A large commercial office building, for instance, would have an HVAC system suited for UV purification. Restaurants, especially with their multiple HVAC systems dedicated to different areas of the operation, such as the kitchen and various dining zones, typically would be large enough for a UV-based solution.