It’s easy to take an ice machine for granted. The unit sits in the corner and turns water into ice. What really changes with these machines? Well, lots. Manufacturers continue to produce more sophisticated units that not only make more ice but also do it more efficiently than previous generations. To help give us a better idea of the frozen landscape that is ice machine efficiency, we caught up with Denis Livchak, energy research engineer at the Food Service Technology Center (FSTC) in San Ramon, Calif. Here Livchak sheds light on the top news and technologies in the continued greening of ice machines. 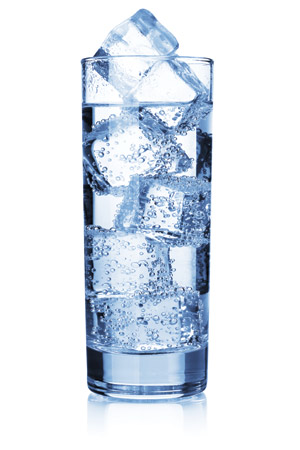 The U.S. Department of Energy (DOE) plans to propose new mandatory standards for all commercial ice machines that would take effect by 2017, according to Livchak.

The standards impacting ice machines, which would include new minimum energy requirements for manufacturers to sell their units, may come out later this year. If that happens, the standards could take effect as soon as January 1, 2015. Before rolling out the ice machine standards, though, the DOE will first introduce new sets of standards for door-type and walk-in refrigerators and freezers.

The idea behind the DOE’s ruling, Livchak presumes, is to phase those lower-efficiency machines out of the marketplace. According to the DOE’s website, manufacturers have been required to comply with existing energy conservation standards since 2010. Current standards for automatic commercial ice-making equipment cover maximum energy use and maximum condenser water use of cube ice machines with harvest rates between 50 and 2,500 pounds of ice per day. They do not apply to flake or nugget ice machines.

The DOE estimated that the current standards, implemented in 2010, would save approximately 0.14 quads of energy and $1.4 billion in energy bill costs for products shipped from 2010 to 2034 and avoid about 7.4 million metric tons of carbon dioxide emissions, equivalent to the annual greenhouse gas emissions of 1.5 million automobiles.

According to the DOE’s published proposal, as part of the latest round of rulemaking, which would introduce even stricter maximum-energy-use requirements for all ice machine types, savings for automatic commercial ice machines could increase to as much as 0.28 quads and $1.75 billion between the compliance years of 2018 and 2034.

In order to determine new energy-efficiency requirements, the DOE carried out a detailed energy-modeling process for both batch and continuous ice machines. The FREEZE model involved calculating thermal loads required to cool incoming water and freeze ice as well as analyzing compressor performance. To facilitate additional review of this model and gather more feedback, the DOE held a public meeting on June 19 to discuss the model’s use in engineering analyses. Review and feedback are expected to continue.

The DOE’s ruling also requires new testing procedures as developed by ASHRAE (American Society of Heating, Refrigerating and Air-Conditioning Engineers), specifically the ASHRAE 29 standard, according to Livchak. This procedure has been under revision for a while and will likely be published within the next half of the year. The ASHRAE committee approved the standard, which awaits official publication.

Another hot topic in the cold world is the phasing out of certain refrigerants thought to contribute to global warming worldwide, says Livchak.

The U.S. Environmental Protection Agency (EPA) has looked to phase out R-132a–type refrigerants, which contain difluoroethanes, primarily used in nonremote-condenser commercial refrigeration and R-22 in supermarkets and large foodservice operations. Larger systems with long refrigerant piping are not 100 percent leakproof and as a result can eat away the ozone layer even more. When changing the refrigerant, technicians often have to drain the whole system or add even more new refrigerant, thus contributing even further to the global warming problem.

Some manufacturers have experimented with the use of propane refrigerants for self-contained units, but stricter requirements around safety and maintenance with them limits their usage to small amounts, says Livchak. Propane has been approved for use in residential applications but not yet universally in the commercial world. CO2 is also another refrigerant with low global warming potential; however, it operates at much higher pressures requiring refrigerant lines to be much stronger and better sealed.

“Ice machines haven’t integrated propane technology yet because of the larger amounts of refrigerant required; but it has been used in door-type refrigeration, and I think it will eventually trickle down,” says Livchak. “Though it’s not required yet, we’re talking about 2020 and beyond, where there might be even more phasing out of the more common refrigerants. I wouldn’t be surprised to see some manufacturers start producing propane prototypes sooner than later.”

The EPA’s Energy Star program consistently looks to update its standards year after year for various commercial appliances and ice machines, which are evaluated for the amount of water and energy they use per 100 pounds of ice produced. To access the current specifications, visit the Energy Star website (www.energystar.gov).

Energy Star faced some blowback from manufacturers for recently strengthening its energy requirements for reach-in refrigerators. Though no new requirements have come out for ice machines since 2012, that could change.

Though it won’t take effect until next year, LEED 4.0 carries stricter energy and water requirements for all commercial appliances, including ice machines. Following many of the current standards set by the EPA and the Energy Star program, LEED 4.0 will mandate that kitchen energy use be taken into consideration as part of a building’s total energy usage.

The FSTC assisted in a project to outline a set of baseline and high performance measures for energy use for various appliances that architects, contractors and designers could use to meet new 4.0 credit requirements.

New technological developments relating to ice machines have centered on the improvement and integration of controls, according to Livchak.

Many newer models now have displays that determine failures and can enable service techs to troubleshoot a machine without manually checking voltages, fuses or refrigerant line pressures.

In California some operators have tried to program ice machines to operate during off-peak hours — namely, in the early morning and overnight — to lower energy costs. Peak hours are considered to be between noon and 6 p.m. The FSTC is working on a study that includes the analyses of about 30 ice machines operating in the field during off-peak hours.

One challenge with this type of programming is figuring out the daily “duty cycle” of a machine — that is, figuring out just how much the machine is actually on during the day. Older or undersized machines that run 70 percent or more of the time can’t as be fully load shifted to produce ice solely during off-peak hours, Livchak explains. A couple of manufacturers have developed internal controllers whereby users can program these load shifts.

Or in some cases foodservice operators can manually turn ice machines on and off during peak hours, most efficiently by attaching lighting-style timers — simple add-ons you can pick up at local hardware stores — to the bin switches. Rather than powering the entire machine down at the end of the day, which could result in a loss of ice if the machine is in the middle of a cycle, attaching a timer to the bin switch specifically will “trick” the machine into thinking it’s full and done making ice for the day, even if it isn’t.

This option can be complicated to set up, and service techs would be the ones to do it. “We’ve been talking to manufacturers, if they don’t have controllers, that maybe they could develop an easier access to the bin switch so the operator doesn’t have to disconnect wires and void the warranty to install the timers,” says Livchak.

In other cases, heat exchangers can be hooked up to ice machines to reuse chilled drain water off the ice bin and prechill the incoming water. This reduces the time the unit takes to freeze the water and allows the condenser to run for a shorter period of time. It’s also possible to tap into geothermal water loops to cut down on energy and water usage with ice machines.

It seems counterintuitive, but larger-batch ice machines actually save more energy than smaller ones. “A 1,000-pound machine will use less energy for each 100 pounds of ice it produces than a 500-pound or even 300-pound machine,” says Livchak.

That’s because these machines will require fewer batches to produce the same amount of ice and it takes less energy to make one large batch than two smaller ones half the size.

The challenge with larger models is that they have larger footprints and often require higher-amperage electrical connections.