Foodservice industry veteran McGarry to step away from Paramount and FEDA roles.

Stephen McGarry, president of Paramount Restaurant Supply Corp., a Warren, R.I.-based foodservice equipment and supplies dealership, has announced his retirement effective in June. McGarry is also president of the Foodservice Equipment Distributors Association and has resigned his post with the organization effective after May 31. 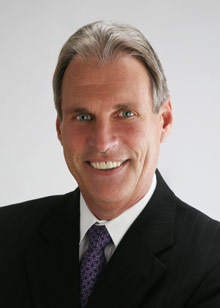 Paramount, which is owned by the Friedman family, is looking for McGarry's replacement. McGarry said he plans to remain with Paramount for a couple of more months as the search continues. "We are up over last year so now is definitely the right time to walk away," McGarry said.

When discussing his reasons for stepping aside, McGarry said his passion for the industry was not at the level it needed to be to lead a dealership the size of Paramount. He feels, though, the organization is in capable hands, pointing to the recent promotion of Carla Johnson to vice president of sales as one of its strengths. "Paramount will be fine. We have a strong organization and structure in place," he said. "It is truly an unbelievable industry – one that's full of hard working people. I will definitely miss it."

In 2010, Paramount reported annual revenues of $37.5 million, an increase of $1.5 million compared to 2009. As a result, Paramount ranked 30th in FE&S 2011 Distribution Giants Study, which ranks the top 100 foodservice equipment and supplies dealers by sales volume.