TriMark USA made a series of personnel moves that will impact both its corporate headquarters as well as the company’s southern region. 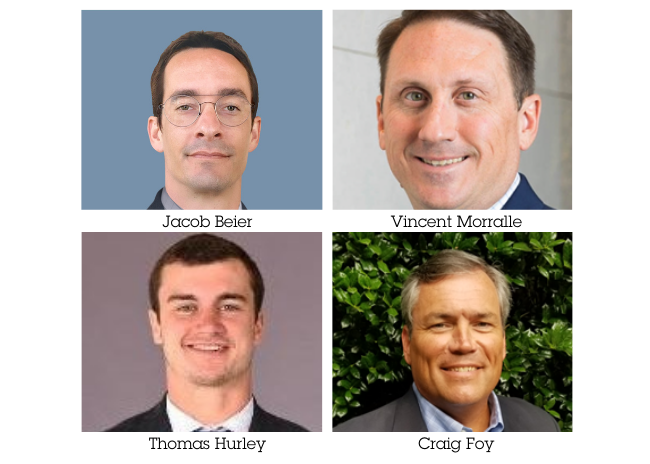 In his new role Beier, who started on March 7, 2022, will define “accountability for employees and offers a dedicated team member who reinforces the company's productive and ethical work environment while being mindful of human resources initiatives,” per a release announcing his hiring. Beier’s background includes eight years working for the U.S. Congress in the Government Accountability Office. Beier also served as a professional staffer with the House Modernization Committee. In this role he was responsible for building codes of conduct for how members of Congress should run their offices. His resume also includes time with IBM, where he spent time working on compliance issues for Uber and the Moby Group, per a TriMark release.

Moralle has over 22 years of foodservice sales experience, including serving as a regional vice president of sales in the south for Sysco and as a territory manager at US Foods.

Foy, who will manage all contract sales and route sale teams in Georgia, has nearly 25 years of experience in the foodservice industry. His background includes working for Cardinal as regional manager, Villeroy & Boch as director of Latin American sales, and Oneida as vice president of international sales. Most recently, he was vice president of sales at Specifi for North America.

Hurley, who will lead the street sales team based in the company’s Tampa, Fla., office, joined the TriMark United East team in January of 2017 as a street sales representative. He spent the past five years in New Haven, Conn., building his own territory.