Domino's Pizza promoted Joe Jordan to president, U.S. and global services and Art D'Elia to executive vice president – international, effective May 1, 2022. Jordan and D’Elia will assume their new roles at the same time Russell Weiner takes over as Domino’s CEO. 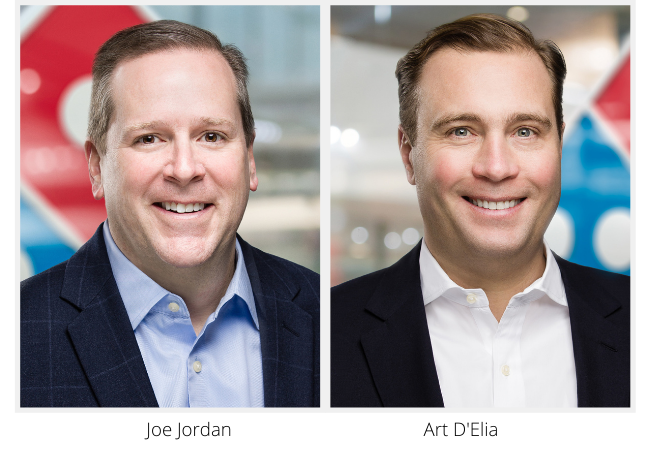 In his new role, Jordan will assume responsibility for leading Domino’s U.S. business and key global centers of excellence. Since April 2018 he has served as Domino’s executive vice president – international. Jordan previously served as the pizza chain’s senior vice president – chief marketing officer from May 2015 to April 2018. Prior to joining Domino's, Jordan worked for six years at PepsiCo North America.

As executive vice president – international, D'Elia will be responsible for overseeing Domino's business in more than 90 countries around the world. D'Elia most recently served as executive vice president-chief marketing officer of Domino's since July 2020. He joined Domino's in January 2018 as senior vice president-chief brand and innovation officer. Prior to Domino's, D'Elia served as chief marketing officer for Danone Dairy's business unit which serviced the United Kingdom, Ireland, Belgium, the Netherlands and Luxemburg.